If nothing else, it's a good excuse to post this again.

Word leaked out last week of a potential rematch with Virginia Tech in the Chik-Fil-A Kickoff Classic to open the 2013 season, and today Hokie AD Jim Weaver all but confirmed the deal is done to the Daily Press today.  The official announcement is supposed to come from the game's organizers, but with Va. Tech scrambling to shuffle their schedule to accommodate the move (postponing dates with East Carolina in 2012 and 2013) I suppose they couldn't really keep it under wraps.

Weirdly, I can't find anywhere that anyone at UA has even given the slightest bit of acknowledgement to this development.  Either Virginia Tech is just that much more eager to talk about a big scheduling coup, or the Alabama media people are better at keeping a tight lip.  Either way, it's a solid addition to the OOC schedule (even if it is the ACC) and another prime opportunity to start the season in the national consciousness.

As for looking ahead?  The Hokies must think they have a pretty good shot at fielding a strong team in 2013, at least one strong enough to come out on the winning side of the scoreboard this go 'round:

The 2013 Hokies project to be more equipped for an Alabama opener than the 2011 group, which will baptize a new starting quarterback in sophomore Logan Thomas. He figures to be an established senior come 2013, when the Crimson Tide’s quarterback could be Phillip Sims, a graduate of Chesapeake’s Oscar Smith High and a redshirt freshman this season.

Weaver said he leaves such calculations for Tech coach Frank Beamer and his staff.

"That’s why Frank and I always talk (about scheduling)," Weaver added.

Emphasis mine, but it's a good quote to throw out there to show the thought processes behind these decisions.  I highly doubt either team would be jumping into this game if they thought they would be starting a redshirt freshman or rebuilding in any way.

Of course, not everyone is excited at the news. Our friends over at Gobbler Country aren't particularly pleased with such bold scheduling, instead asserting that its doing the Hokies more harm than good:

The move would continue Frank Beamer's philosophy of not backing down from the national spotlight when it comes to these games. Tech has always been willing to go up against the nation's best regardless of the opponent or the location. But how much has that really helped the Hokies?

As Tucker points out, Tech hasn't had a good track record in these made-for-TV games (they've lost all of them) and with the exception of two wins against Nebraska, have not been very good against their non-conference schedule for the better part of a decade.

What these games do is keep the Hokies in the national conversation during the off-season and thrusts them into the spotlight when the season begins. But whenever they lose these games, they're off the national radar for the rest of the season.

I'd rather the Hokies schedule more winnable games at the beginning of the season that keeps them in the national discussion later into the season. The last time anyone really cared about Virginia Tech entering November was 2005 when Tech started the season 8-0.

I have a lot of respect for Beamer and the administration for their bold scheduling philosophy, but at this point I'd rather be relevant in November than in June through September. 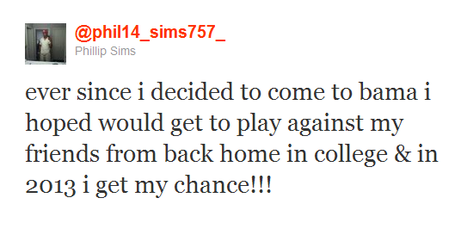