Stadiums I've Been To: Crew Stadium

Share All sharing options for: Stadiums I've Been To: Crew Stadium 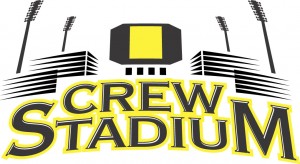 GETTING THERE: Like many of the road trips I've taken for other sporting events (Vanderbilt, Kentucky, Georgia, etc.), my trip to Crew Stadium was somewhat of a disaster. We were making the roughly 600 mile drive in one day and that sort of thing just isn't ideal. Somewhere in the middle of nowhere Kentucky, I got stopped for speeding...the only speeding ticket I've ever gotten in my life (believe me, I learned my lesson on this one) and it was roughly in the neighborhood of $400. This was because it was in a construction zone, though it was a holiday weekend and there wasn't a construction worker in sight.

I was making this trip because I love US Soccer (the only other team besides Alabama where I get upset after a loss) and it was supposed to be an incredibly cheap weekend. Basically my friends and I would split gas money and we were going to be staying with a friend of a friend (a little weird, but the friend of a friend suggested it.) No accommodation expenses, a cheap game ticket, very little gas expenditures and some food, etc. and that was supposed to be about it for a four day weekend in the Ohio capital. Well, we weren't even to Ohio yet and I'd already spent two or three times as much as I'd planned on spending the whole weekend. We finished out the rest of the drive, met our friend's friend (who thankfully we got along with rather well) and called it a night.

PREGAME: To make this somewhat college football related, I did drive by the 'Shoe before the game (they're only a couple of miles apart) to look at it. I hope to take in a game there someday. Anyway...

Like most recently constructed stadiums, Crew Stadium is surrounded by vast parking lots and there's no real neighborhood feel to it. On the plus side, there are actual patches of grass that allowed for us to play a pickup game before the real game started. Oddly enough, US defender Frankie Hedjuk (who played professionally in Columbus at the time) wandered into our tailgate. He was injured and unable to play that day so he just wandered around the lots of his own initiative and met with fans. This guy's played in multiple World Cups. That'd be like having a player that's started multiple Super Bowls just wandering around greeting folks and hanging out at random. Needless to say, that was pretty fantastic.

Here's my favorite bit from this whole trip. During our tailgate, we meet two girls from Chicago who are appalled that I got a $400 speeding ticket on a holiday weekend while driving to support our national team. They had a shoebox in their car and decorated the box and put a "donations" sign on it. They're yelling at passersby to help me out financially since I made the long journey and incurred and unexpected expense. People are dropping a buck or two along the way, but nothing significant. Then, they go in their car and find some posterboard (who carries that in their car?) and create a "shoulder massage - $5 donation" sign and set up a couple of chairs. So, a couple of college students offer shoulder massages and all of a sudden, the donation box is filling up. They raised roughly $200 towards my ticket during the tailgate and I'll never forget them for that. That really salvaged the trip for me.

THE STADIUM: Opened in 1999, Crew Stadium was the first major soccer specific stadium in the United States. It set off of a wave of construction of soccer specific stadiums in the US in Los Angeles, Chicago, Denver, Kansas City, New York, etc. that led Stadia Magazine to call Crew Stadium the most notable recently constructed stadium in the world.

Architecturally speaking, it's nothing to write home about. It's got bleacher seating and the outside (at least at the time) just made it look like a really nice high school football stadium (though this one cost about 25 million to build.) It's crucial feature though is that it's designed for soccer. The ideal dimensions of a soccer field are much larger than that of an American football field and because of that, the US National Team often has to play on fields much smaller than were intended for the game to be played on. Also, the sight lines for soccer are totally different from that of football. I've seen several soccer games at LP Field in Nashville for instance, and there are times you can't tell what in the world is going on when the ball is near the sidelines because the seats aren't designed for that sport. In that sense, Crew Stadium has been a revelation for the sport and it's where we often choose to play our crucial World Cup qualifying matches against Mexico...that's mainly because we play them in the winter and it gets way colder in Columbus in February than it does in Mexico.

THE GAME: To be honest, I don't remember a whole lot about the game other than the fact that we won (which is only appropriate given that it was Fourth of July weekend.) This was the summer after the US was narrowly eliminated from the World Cup quarterfinals by Germany, a game that everyone (including the German players themselves) know the US should have won. It was ultimately a meaningless game, but I seldom pass up the chance to watch the US play in person if I can reasonably make it. Here are highlights though: