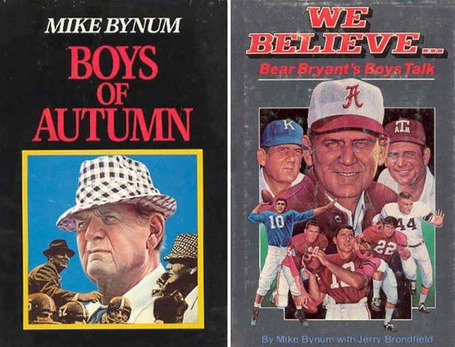 With the death of Paul W. Bryant now almost three decades behind us, the ability to understand the actual stature of the man to those around him is ebbing as well. By all accounts, he possessed a powerful physical presence that game film and online video snippets capture in only the barest degree.

The two books by former student manager for the Alabama football team under Coach Bryant, Mike Bynum, have become critical to understanding the legendary coach’s legacy.

We Believe… was published in 1980 and, according to its forward, intended to be a fundraiser for scholarships at the schools Bryant coached at. Boys of Autumn was published in 1983 after hasty revisions to account for the retirement and passing of Coach Bryant earlier that year. Content-wise the two are almost exactly the same. The chapter titles are changed and a few introductory items altered but that’s about it.

Both start with a short biography of Coach Bryant that is interesting due to some of the comments clearly made to the author by the man himself. The bulk of the books, and the heart of their value, comes from one-on-one interviews with players and coaches who were on Coach Bryant’s teams. These recollections of Coach Bryant are impassioned, immediate and invaluable.

These are tales men like Babe Parilli, John David Crow and Gene Stallings have clearly repeated innumerable times and that’s partially because these are the stories that best express what they have to say about Coach Bryant.

While you expect the inclusion of players like Joe Namath who have long credited Coach Bryant for their success, it’s the candor of Bob Gain and Steve Melinger who had more stormy relationships with the man that unveil surprising insights to the reader.

Where the interviews are most interesting is in what they reveal through detail. While no single person describes the process of recruiting straight on, it’s referenced by enough of them that you get an interesting portrait of the process. 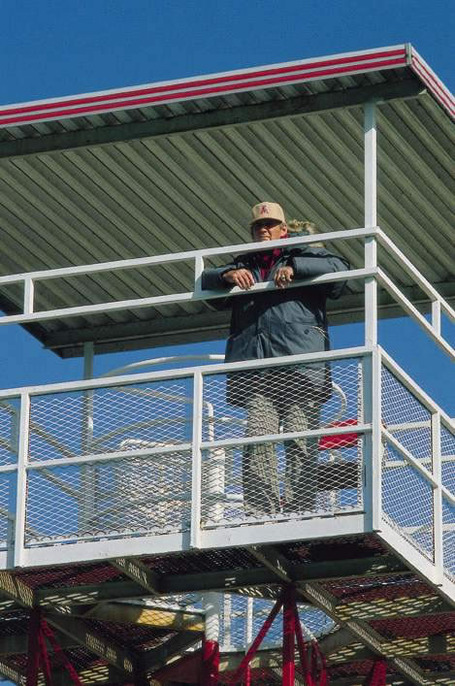 Elmer Smith’s account of how he was able to beat the rest of the competition to get John David Crow’s letter of intent for Texas A&M (they hired a booster’s plane to fly it to Louisiana) gives a vivid idea of the creativity needed to stay ahead. And it makes one wonder how creative the creativity actually got.

Make no mistake, this is a hagiography in the purest sense. Even the most critical opinion of Coach Bryant is swathed in caveats and qualifiers. Add to that the fawning exposition by the author and his needless commentary on the mindset of his interview subjects and things get pretty sickly sweet rather quick.

The biggest problem with the books isn’t a stylistic issue but rather a journalistic one. Bynum is very upfront in his chapter introductions about his biases in favor of Coach Bryant and he litters the interviews with his own assumptions about the state of mind of his subjects. The effect leads to reasonable questions about his objectivity in terms of recounting the interviews themselves.

This isn’t a minor matter given the impact these accounts have had on successive chroniclers of Coach Bryant’s life and career. In fact, a lot of the stories you read within these covers are familiar due to the number of later writers that used them as a source.

Yet whatever the flaws of the two books their redeeming feature is impressive indeed. When Bynum steps aside and lets his interviewers speak the book becomes incredibly compelling. These men have told these stories before and know them well. The only difference in this case is that they were put into print.

Next week: The Crimson Tide