Get Your Gameday Superstitions Ready, Bama Football is Almost Here

Share All sharing options for: Get Your Gameday Superstitions Ready, Bama Football is Almost Here 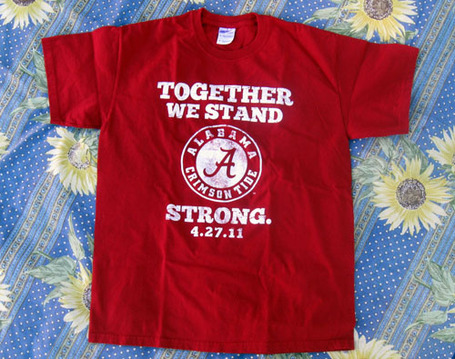 It has been a long, painful and seemingly never-ending off-season. Yet, in exactly one week we will all be trying to concentrate at our tasks-at-hand and failing miserably knowing Alabama football is less than a day away. So rather than wait till the last minute to take care of critical tasks you best deal with them now and none are more important than getting ready for gameday.

You'll need to prep a bit for watching the games. Have you chosen the player you intend to bellow "THAT'S MY BOY!" when they make that play that causes Uncle Vern to go "Wow!"? Better do it now. Tailgating, even for the season opener isn't for amateurs. Get the gear out this weekend and do a practice run in the backyard with 911 on speed dial.

Just because Todd hasn't figure out what the hell he's gonna do to appease the football gods doesn't mean you need to be caught flat footed. And perhaps the most important thing to do is prepare for your gameday superstitions.

Every season there is that little ritual and observance you gotta follow each and every gameday to ensure the best outcome for the Crimson Tide. "Poppycock!" you say? Nick Saban and Jim McElwain respectfully disagree.

Obviously, a good gameday superstition is gonna require a few games to become immutable for the season. There's that strange little event that happens the day we play an early rival that becomes part of the 2011 protocol (8:00 a.m. Bloody Mary's at Egan's, for example). Yet that has to be based on one's annual template and for almost all of us that's specific gameday attire.

For me, each off season, I select one t-shirt each off season that will be the sole piece of Alabama garb I will wear on gameday until the final whistle has sounded. I altered this ritual once, for the 2009 Sugar Bowl. I'll never deviate from it again. The shirt that will have this honor for 2011 is pictured above and it was chosen for the obvious reasons.

So what are your gameday superstitions and what are you doing over the next week to get ready to observe them?