Now that we've got TWO sets of numbers to look at we can start making some comparisons, even if we are comparing two completely different levels of opponent.  First, the plain numbers:

Now that we can start comparing, we can make a few observations:

The increased strength of the opposition is pretty apparent when you look at the diminished numbers for total 1st downs and total yards (yards rushing, passing, etc.), but the Tide still outgained it's opponent in every good category (i.e. not penalties and turnovers).

Kind of interesting that we matched our opponents 3rd down conversion percentage for the second week in a row.  While 47% if a big step up from 20% (and against a better opponent, too), the Tide is currently 77th in the nation with a combined 37.04% on 3rd down (amusingly enough, the same percentage as Penn State as well).  While the early 20% is certainly going to drag the average down over the next couple of weeks, I'd really like to see us converting at over 50% the next few games.

Despite the upgrade in opponent, our total yards rushing and rushing attempts went up, with only a slight reduction in the yards per rush average.  Obviously we wanted to be able to run the ball effectively with a 1st year starter on the road, and committing to the ground game was a function of that.  But its also a good note that we were relatively successful against a defensive front that out muscled out last year in Tuscaloosa.  I haven't ran the RB success rate numbers yet, so I'm pretty interested to see how we did from that standpoint, but that's a positive sign of development in week two.

Finally, we went from being -4 in turnover margin against Kent State to +3 at Penn State for a -1 on the season.  Just like last week, if we had managed to grab every ball that the defense got its hands on we'd have like a +369 (maybe less), but at least after our worries about ball security we didn't give one away at all.  Probably helped that the muddy, sloppy condition we were expecting due to the weather turned into a fine fall day, but still. 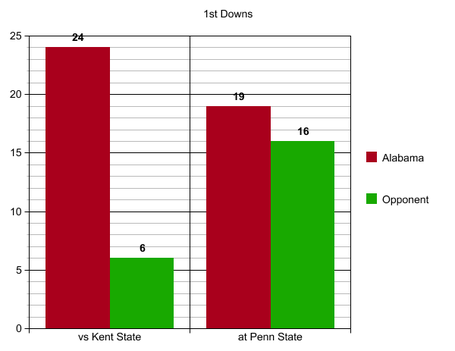 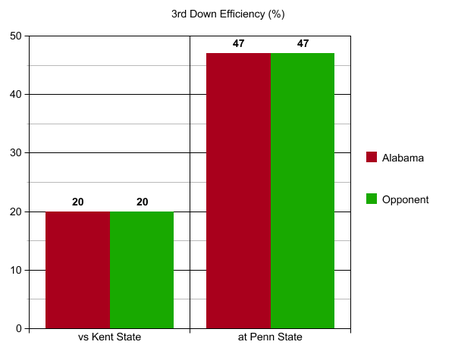 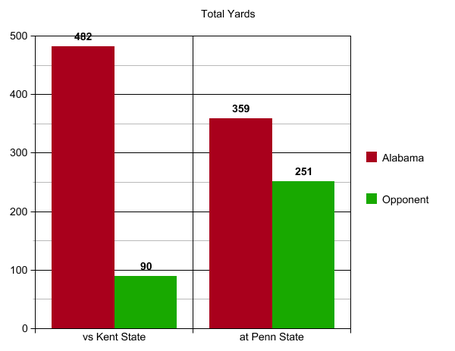 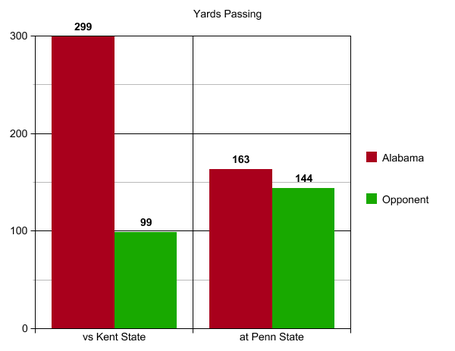 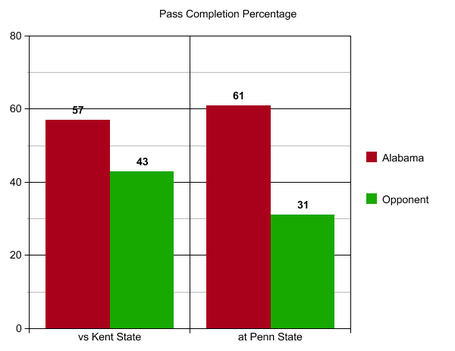 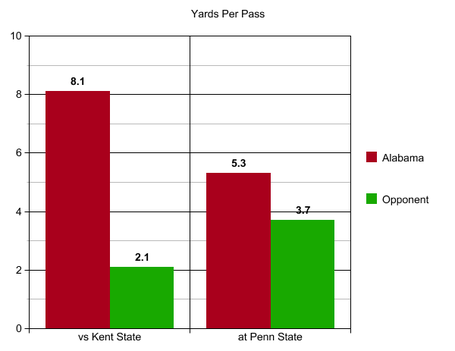 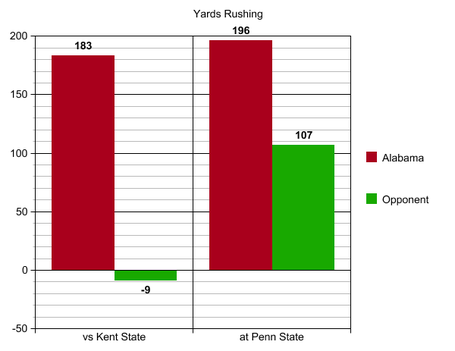 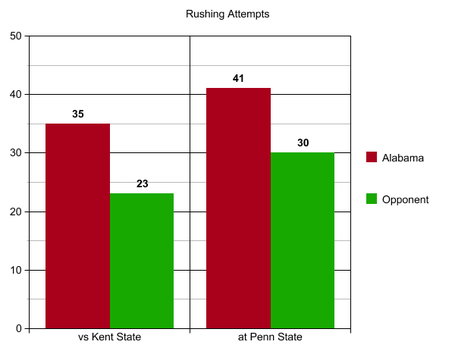 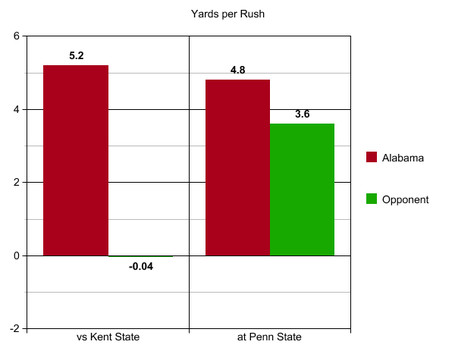 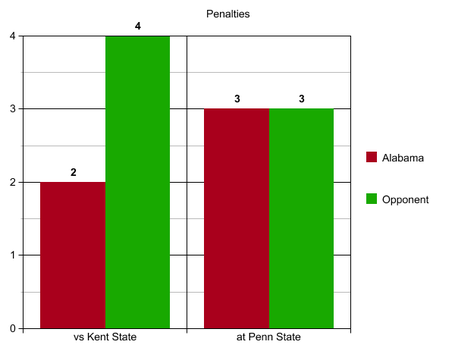 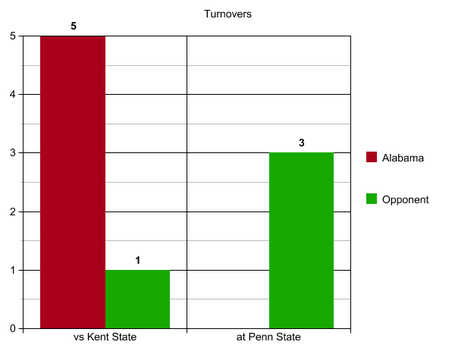