One of the single greatest meltdowns in the history of man was unfortunately averted this past weekend thanks to Texas' 17-16, come-from-behind victory over BYU in Austin. Can you even fathom the mere thought of Shaggy Bevo trying to process getting beaten by a bunch of Mormons? Making matters more disappointing, Ohio State narrowly fought off a surprisingly strong challenge by lowly Toledo, Auburn Auburn'd (that's a verb now, by the way) their way into a win over Mississippi State in a game of inches, Nebraska used a fourth quarter rally to avoid an upset at the hands of Fresno State, and USC edged out Utah in the debut of the Pac-12 thanks to a blocked field goal as time expired. Accordingly, consider this the weekend that could have been in the world of meltdown time.

Despite those unfortunate occurrences, don't be alarmed as we still have a strong showing this week. The demise of Mark Richt looks more inevitable than ever, and UGA wet the bed in particularly innovative fashion. Meanwhile, down on the Plains, the referees, the Football Gods, and their own god-given incompetence conspired against Dan Mullen and Mississippi State, and the midget fight in Ann Arbor between two has-been programs with entitled fanbases produced more fireworks on message boards than on the football field.

As always, this piece is in no way safe for work, and should not be read by anyone who is easily offended by foul language. Consider yourself warned. Click below for the jump for Meltdown Time: 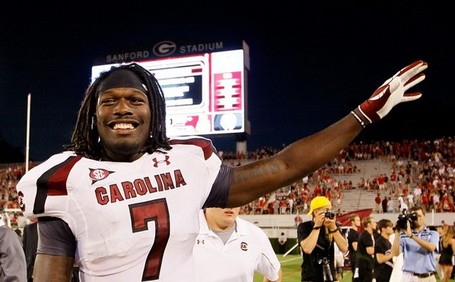 Pass me the paint thinner

Good lord I just threw up

What fucking game did you watch ? I will not blame the defense for most things yesterday but, they couldnt stop S.C when they needed to, Latt ran over there ass,through there ass, around there ass, they moved at will when they really needed to. Every fucking coach on this staff needs to be fired now

Clowney been on campus two weeks and he already stuck it into us. I bet half the SC co-eds gave him more resistance than our OL

How much is Kirby Smart's starting salary going to be?

I think the hospital in Milledgesville still does electroshock

Ingram, a motherfucking DL!!! had two touchdowns for SoCar today and recovered the onsides on the hands team. Remember, Preacher Man Richt didn't think he was good enough to play at Georgia

Any of that paint thinner still left for me?

I've had more fun in the dentist's chair

I been telling you Lady Boy jock sniffers for years Richt needs to go. I told you that Todd Grantham couldn't coach a defense against a menstruated maxi pad when UGA hired her

Can we fire Mark Richt now?

Aunt Jemima is pissed, so iz my boyfrand Billy boy, Richt has got to go!!!! We looked like a middle school team today.

You koolaide drinking muthafuckers can rationalize and cast blame on a bunch of 19-22 year olds all you like. Last time I checked, there's ONE sumbitch that's gettin' paid to fuckin' win!...NUFF SAID!...

EMPTY THE FUCKIN MAG AND RELOAD!...Let Jesus separate the corpses!

GIVE THE FUCKING BALL TO CROWELL 30 TIMES A GAME AND WE WIN OUT! JESUS FUCKING CHRIST WHAT A dumbass. HE'S BETTER THAN LATTIMORE AND FUCK USCe! They aint worth a tick on a monkey's cod sack!

JOE COX IS BETTER THAN FUCKING MURRAY. NO EXCUSE THIS GAME. HE LOST IT AND HE SHOULD BE BENCHED FOR SUCH A SHITTY FUCKING GAME. Oh... but... he scored 42 points. Cry me a fuck river pussies! He gave USCe more points than their shitty ass football team scored the entire game on offense! Fuck Murray, Richt, (Bo Bo had a good game once Richt turned it over to him in the 2nd half, can't help Murray is such a pussy!), and the rest of you DISNEY FUCKS! I can't believe we just lost to that miserable football team.

Why it was the coaches fault-

A turnover ever now and again is inevitable, but TONS of turnovers in a game is lack of disipline. Do you think Alabama would ever do that shit 50,000 times a game? Hell no! I dont care if everyone of them was a freshman. Saban dont put up with that shit!

Richt looks like he is about to have a dane cook, "i tried my best" cry

Dry humped all night and didn't get off

So we do moral victories now?

i have Maker's. i need narcotics

We might as well hire Mike Vick to coach these Dawgs

We gave up 250+ rushing yards and our defense is not a problem? Pass the meth this way. 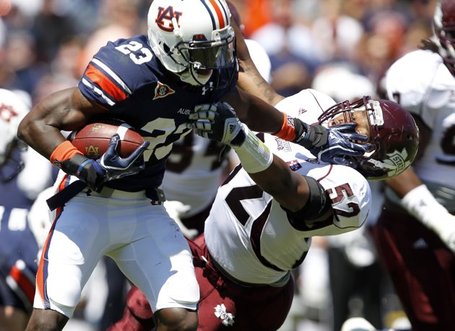 My sack just shriveled up evening thinking about that LSU game.

Relf is allergic to spirals

I am convinced that we are cursed and Chizik sold his soul to the devil.

Relf got stoned by a guy 40 pounds lighter, you can't play in high heels in this league son.

It was obvious the fix was in for Auburn, 3 questionable calls/spots in the 4th quarter and they all go to the home team.

These toolbars are rolling Harvey's corner like they won the NC.

Being a MSU fan is the hardest job on Earth; it would be easier to fluff for a living

Only thing that has changed from the Tuscaloosa turd to Mullen is the losses are closer. And we beat OM. State aint LSU and will be a Croom style beating.

Dan Mullen 0-9 v. SEC West besides Ole Miss... Bright side: no need to worry about losing Mullen to a better program.

god hates state. karma or whatever it doesn't matter we will never win a game we need. we might as well start cheating.

It's obvious now we are fighting for the Liberty Bowl.

Dear Dan, the clock runs if you don't get a TD on a run play and you don't get out of bounds. Figure that shit out!!!! Oh and everybody knows you are running the ball....LSU 09, Ark 10, Auburn 11. Go ahead and hang some curtains. You will be in Starkville a few more years with those decisions!!!

I'm lubed up and ready for LSU. Please be gentle.

Fuck em. em. I'm sick of pulling the green weinie out of my ass. I can't take it anymore.

Memphis or Birmingham? Talk about unwrapping the box full of shit on Christmas morning. 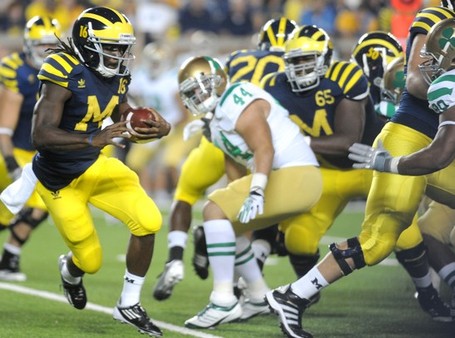 The last 30 years feels like the Book of Job

ND arrests pro life priests and puts them in jail for trespassing. How do you expect god to react to that?

At least Kelly didn't get some innocent kid killed with this debacle. Guess that passes as progress around South Bend now.

If you only won football games because you have the biggest cocksucker coach, I'd be booking my trip to Nawlins right now.

there aren't enough bad things to say about this team

Rudy would start on this defense

Only fitting a game being two has-been programs, inflated by undeserved media hype and filled with countless gimmicks, would end like it was being played on Tecmo Bowl. Both programs should feel disgraced.

We let a wide receiver playing quarterback average 35 yards per completion? Why did we even waste travel money bringing this sorry bunch to Ann Arbor?

Hellen Keller could have seen those receivers they were so open.

Quick, think up another uniform gimmick, I really think if we dress like we did when we worth a damn we'll instantly be national powers again.

Best team in the state of Indiana... ND, Purdue, or Indiana? A two inch dick would win this measuring contest.

The plane crashed into the GD mountain alright... 15 years ago. We're nothing but a skeleton at this point, vulture picked us clean years ago.