Still not a lot of quality competition to compare numbers for, and even though its nice to see a big positive leap in most of the numbers, the fact that we were facing North Texas, one of the worst teams in the country over the past several seasons, likely has a lot more to do with it than any real leap forward for the Tide.  Which, we were comfortably in control from the outset and playing a lot of young guys (true freshman Christion Jones was in on the very first series) the whole game, so I'm not ready to really read a whole lot into the game.  But anyway...

The first really promising stat is our 3rd down efficiency.  For the first time this season we were converting on more than half our 3rd down attempts while holding the opponent to a mere 29%.  We probably won't be able to have that wide of a gap once we get into the conference schedule, but finally managing a game where we were significantly better than our opponent on 3rd down is a big step forward.

Having the pass completion percentage climb to 72% is another positive step forward, especially considering we were rotating McCarron and Sims again.  Further, the yards per pass jumped back to 8.2 after a 5.3 ypp at Penn State.  For better or worse we've become a pass to run team the past two seasons, so its good to see "long hand off" approach working. We completed passes to nine different players (including RB Trent Richardson), and it's good to see both Brad Smelley and Michael Williams getting very heavily involved in the passing game so early.  Without a true do it all player like Julio Jones, its encouraging to see so many different guys in the rotation working to take up the slack.

The rushing numbers, while they look impressive, are a little skewed.  I'll never turn down a game with 347 yards rushing and 586 total yards of offense, but the brutal truth is the biggest chunk of that yardage came late on big runs by both Richardson and Lacy, so I'm taking it with a grain of salt until we face an SEC defense.

Finally, the turnover margin is once again very discouraging.  Our DBs continue to show good instincts to get their hands on passes, but we didn't generate a single take away against North Texas while losing the ball via fumble twice.  If this defense is really going to be on the same level of the '09 D, they're going to have to start generating takeaways. 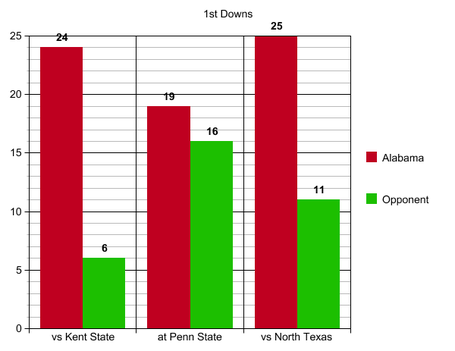 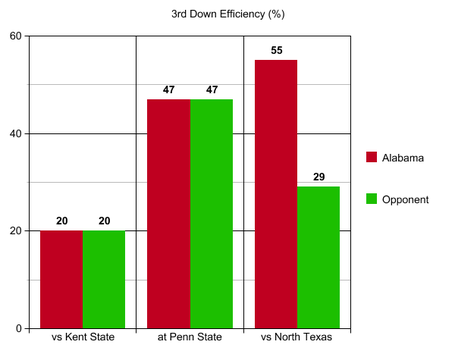 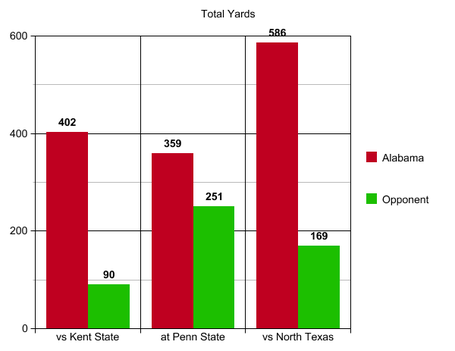 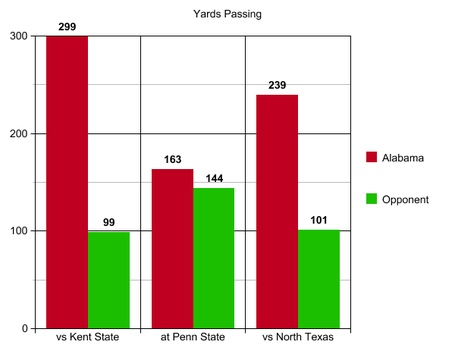 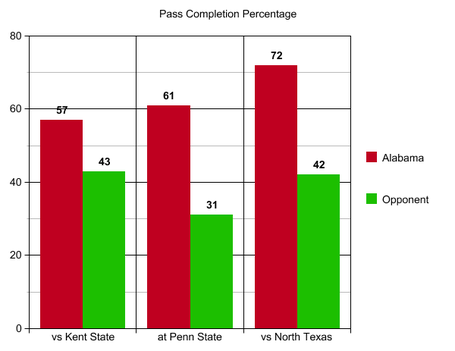 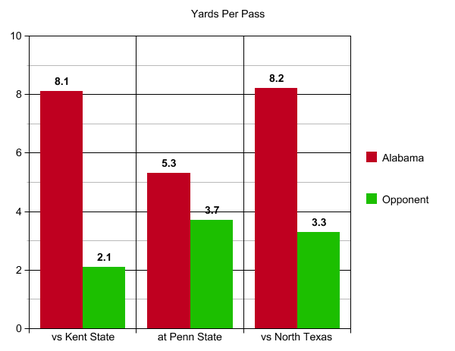 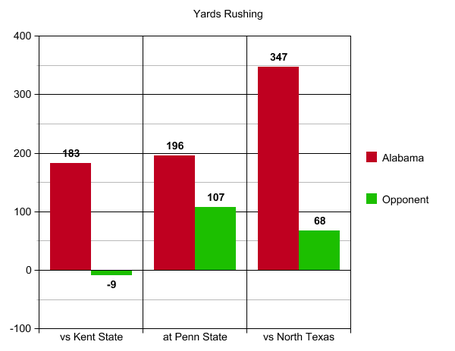 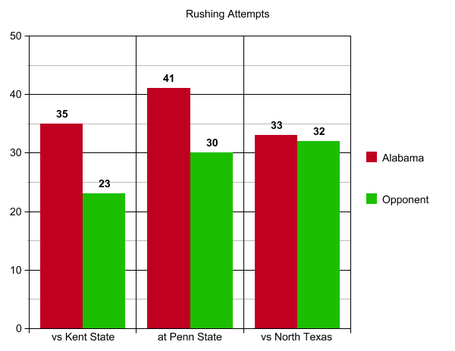 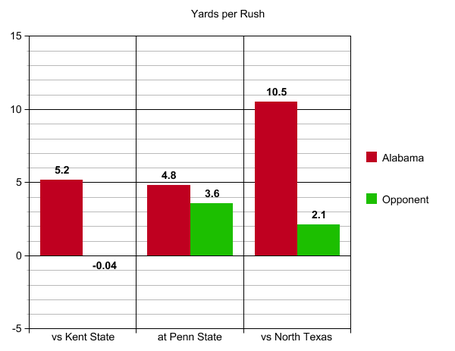 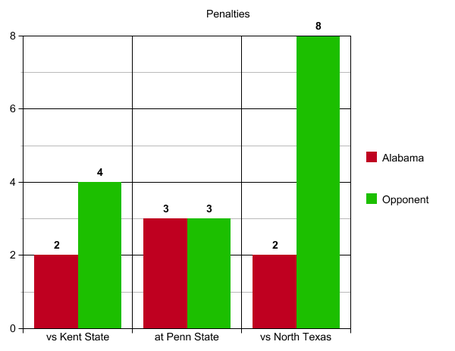 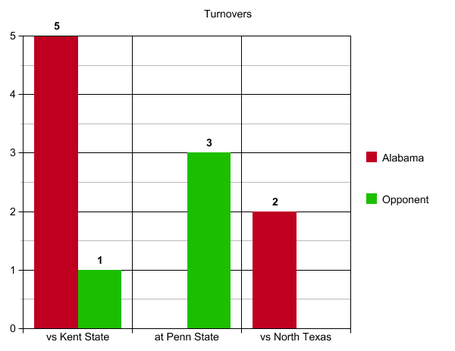