With the college football season starting to take off as the cupcake scheduling slowly but surely resides, Meltdown Time is starting to find its mid-season stride. Many strong candidates were in place after this weekend, but we've chosen to focus on three in particular, specifically Ole Miss, Auburn, and Ohio State

Ole Miss, forever the lost cause that it is, fell even further this past weekend with a blowout loss to lowly Vanderbilt, and Ohio State has fallen a long way from the Disaster in the Desert, as evidenced by their trouncing at the hands of post-Nevin Shapiro Miami. And Auburn, well, realistically the luck had to run out sometime and the terrible defense finally had to catch up with them, but no one quite figured that it would happen against Dabo Swinney and Clemson in the manner than it did, Auburn fans included. The respective fan bases reacted just about like we've come to expect. 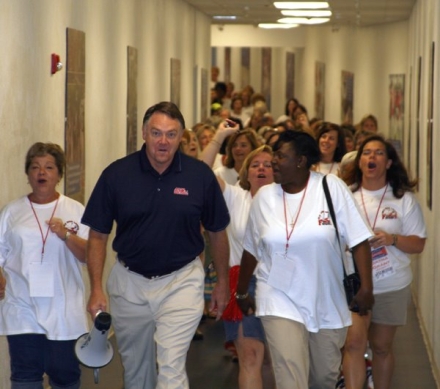 Is it too early to sign Eli's daughter to play quarterback?

Looks like I picked the wrong day to quit sniffing glue

I’m off to MEA to get that colonoscopy i’ve been putting off. It’ll be a hell of alot more fun than this bullshit.

Is there enough whiskey in this state for this bullshit?

I'll give you seven bucks and an old Snead jersey

This is an absolute abortion

Looks like our money could be better spent doing something else, like ping pong, maybe. I can’t believe we pay these idiots to put together a "game plan" that asks Scott to run the ball nearly every play. Sometimes I think these guys have a learning disablility.

Was Johnny Vaught cryogenically frozen? Someone needs to look into this. Because it might be our only chance.

2 girls 1 cup and we're the ones eating the shit!

Turns out when we call ourselves the "Harvard of the South" we’re referring to their athletics instead of their academics.

Is it about time we started wearing bags on our heads to the Ole Miss games?

I'm going to the PD to see if they have a rape kit. Then I'm taking a shower

I JUST BROKE MY HYMEN

Who's ready to get our shit pushed in next weekend?

He can have a go with my brother if that's his thing.

I'll get to motorboat Dolly Parton before Malzahn would even talk with Ole Miss.

I’d really love Tubby 1.0 the most though. All forgiven. He and the bitchy wife are now divorced (even though Oxford has both a Super Wal-Mart and a pretty good Kroger, so her issues are resolved).

Find fat kid who loves Xbox. Winner of NCAA Football 2011 Tournament. Probably has yellow stained fingers from cheetos. Put him in the press box with an Xbox. Let him call punt block on 3rd and short. Go for it on 4th down every time. Throw Hail Marys at random times. Lets win some games!

I WAS MOCKED AT A VANDERBILT GAME BY PEOPLE IN REPLICA JERSEYS!

We’ve had so many rebuilding years in a row that we could have erected the effing Taj Mahal, the Pyramids, and whatever the fuck they have in Dubai that’s really tall.

I’m over this shit.

Re: SEC. We weren't exactly in LBJ and the Great Society, but we've been on welfare since the 60's.

Id fuck Nancy Grace just to be Nick Saban Alabama for one day. 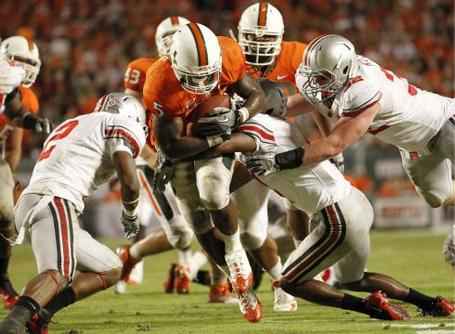 Casey Anthony is embarrassed to be a Buckeye now.

Does she have another kid? If so, she just killed it.

- a kick in the junk

Can somebody buy Bauserman something already so we can get this fucker off the field?

I hope Pryor gets herpes in Oakland

We're the new Texas, just a bunch of lazy entitled pussies shocked that everyone else isn't bowing down to them

All because a legendary coach didn't know how to use e-mail...

Look out Detroit, see you in late December

Can't even handle a middle of road ACC team decimated by the NCAA? I guess those years we were the SEC bitch are now the glory days of OSU football 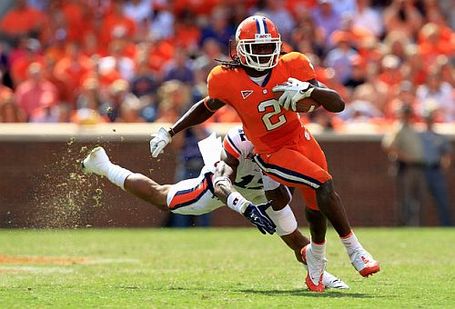 Never seen worse and I lived through the Barfield years. Hoover High School has a better defense than this.

What am I supposed to do with all of this toilet paper?

can i sell ben gay to Clemson? They ve gotta be sore after running up and down the field on us all day today

Anyone else find it interesting that Iowa State's defense improved AFTER chizik left? New ISU coach even made the comment that he had to completely reteach technique upon arrival. No worries, keep ignoring the Sherman tank in the living room

Chizik hasn't had a worth a shit defense since he left Texas. You're surprised?

Yeah, blame Ted Roof, just like Dave Radar was really the problem with Mike Shula. Pass that bong this way

We defended against Harvey Updyke better than we did against Clemson

How did we ever win a national championship?

Every time I watch this team play I get the feeling that we'll be looking back on Gene Chizik years from now just like we do Terry Bowden today.

Anywhere in Balls Lick, Alabama you can find a better defense on Friday night than we can put on the field on Saturday afternoon

You know how we recruit players that we tell them they aren't good enough to play at Alabama? Beginning to think that's not just a recruiting spiel.

Malzahn is that idiot still holding onto his Enron stock circa 2002. Fool should have cashed out last year.

Next weekend the 117th defense takes on the 117th offense. AU ought to pay homeless people to come watch that game.

I'm moving away from Memphis in January.  A Liberty Bowl sendoff would be nice...

When gus leaves, chiz will be gone soon after. Should we hire gus now?

We literally gave up over one-third of a mile in total offense to Clemson. Somebody shoot out my tires while I'm headed down I-65 if it can get any worse than that.

Is it safe to say those bonus paydays for sacks and tackles have all dried up?

It aint got a damn thing to do with talent. Bammer went hard after Owens, Sanders, Rose, Florence and several others, Lemonier was a five star. Shit coaching is the great equalizer.

We don't have a leader on defense, that's it? Um, last time I checked we didn't have any followers either.

No worries folks, we making progress

I bet that Tuscaloosa midget watches our film and laughs at our defense every week. If his defense ever gave up that many yards to Clemson he would personally castrate everyone on the team and the coaching staff.

Heard of Bush league in baseball? We're an Arena League team. Any time we can't score 40+ per game we have almost no real chance of winning.

Being young is no excuse for not being one of the top 115 defenses in America.

Our only saving grace is a piss-poor schedule. And we're lucky not to be 0-3 against this mighty midget slate we've got. This team couldn't fight its way through a Wal Mart bag.

One of these days we're going to wake up and realize the last three years were just one hell of an acid trip.