Our first serious competition comes along, and I have to say I'm pretty please with the results.  A few of the highlights:

Although this is our smallest margin so far, we continue to outgain our opponents in # of first downs.

While I would still like to see our 3rd down percentage above 50% in conference play, once again we were significantly better than our opponent on third down, so that will just have to do.

Total yardage numbers continue to impress.  Almost 400 yards of total offense is a good day against any SEC defense, and outgaining your opponent by well over 100 yards is just icing on the cake.

We were actually outgained through the air by Arkansas by 9 yards, but this is Arkansas we're talking about here and 209 yards passing is probably going to be the lowest passing yardage total Arkansas puts up all year (at least 'til they get to LSU, though they did give up 463 yards thru the air to West Virginia, so...).

Our pass completion percentage numbers have risen steadily over the past three weeks, including a very impressive 75% against the Razorbacks.

Likewise, yards per pass average has steadily climbed the last three weeks, with a solid 10.0 this week.

Total yards rushing took a dip, but that wasn't North Texas's defense either.  197 yards on the ground is a solid showing, especially considering we were able to limit them to only 17.  Further, that's three weeks in a row where opponents total yards rushing fell.

39 rushing attempts is pretty much on par with the 41 we had at Penn State, and I wouldn't be surprised to see those numbers staying relatively static now that conference play has started.  Also, 5.1 yards per rush is pretty average, but for all the worrying over "what's wrong with the ground game" we should at least take comfort that against our first conference opponent we ran the ball relatively well (especially after the goal line stand/slap in the face woke us up).

For the first time this season we committed more penalties than our opponent, but take away the questionable unsportsmanlike call on Hightower and give to Arkansas for their no-call unsportsmanlike foul on Barrett Jones and it evens out.

Finally, back on the right side of the turnover margin with a +2 effort this week.  Overall, I have to say this was a positive win not just for win/loss record's sake, but because we showed against our first real competition that the first three week's numbers aren't a fluke. 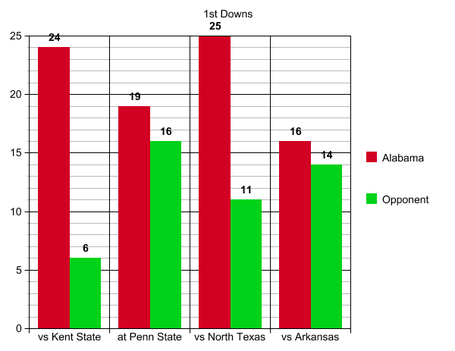 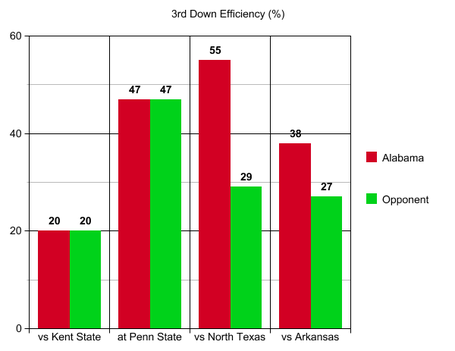 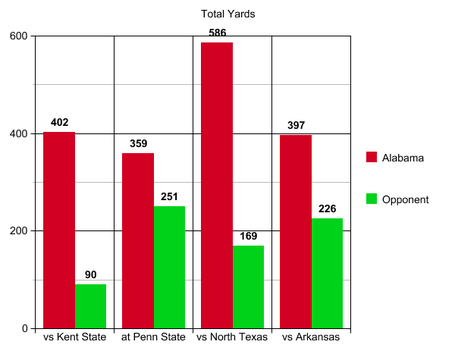 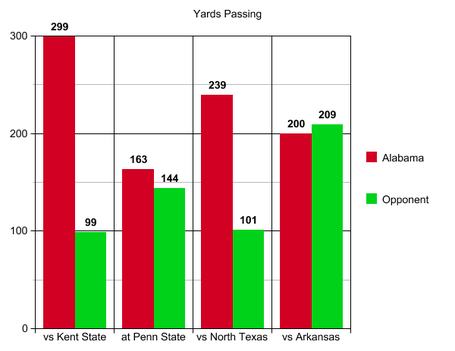 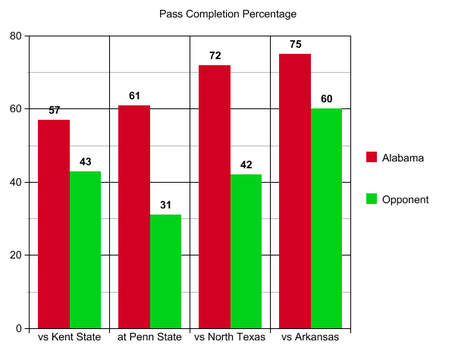 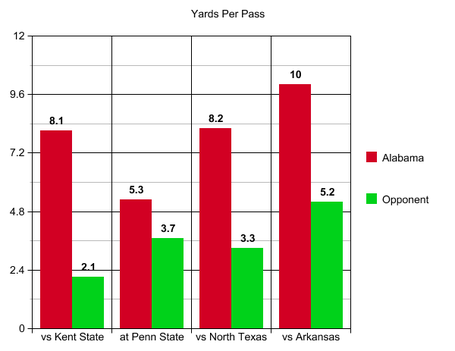 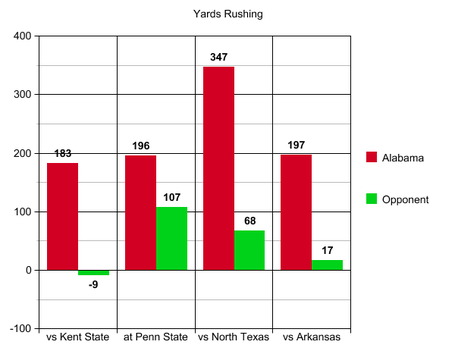 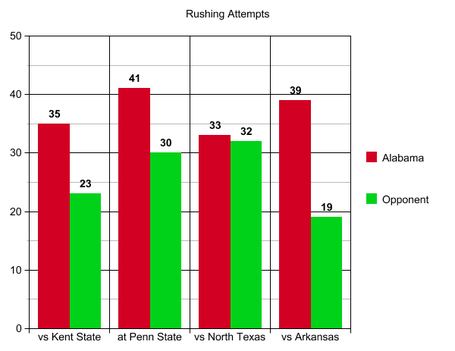 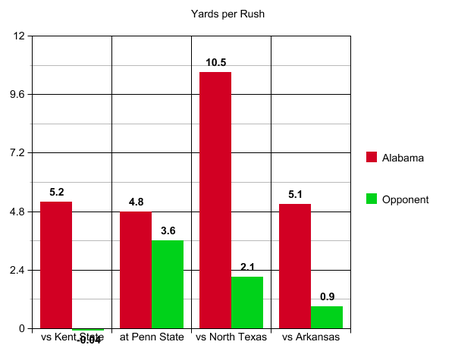 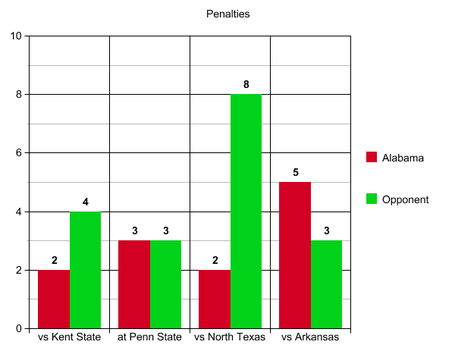 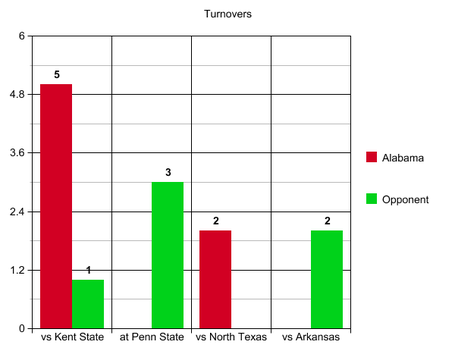