Share All sharing options for: #2 Alabama 48 Kent State 7 | A Look at the Box Score

Every Sunday during the season we're going to post the box score here and chart our progress as the season wears on by keeping a running graph with the statistics.  Since we've only got one game under our belts and, thus, nothing to compare the data to this edition is a little on the boring side, but after a few games we should be able to start seeing patterns and trends in different statistical categories.

Two things I will note here:

1. Ideally the crimson line will be much higher than the rest of them in all but two categories, turnovers and penalties. We're good on the penalties this week, but we're sitting at -4 in turnover margin, which...no.

Again, with only one game's data to look at this is kind of boring, but next week we'll be able to look at where we improved or declined in performance.  Pretty graphs after the jump: 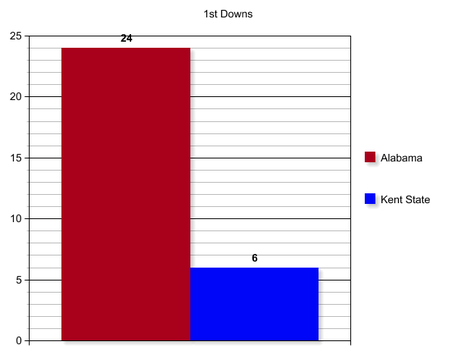 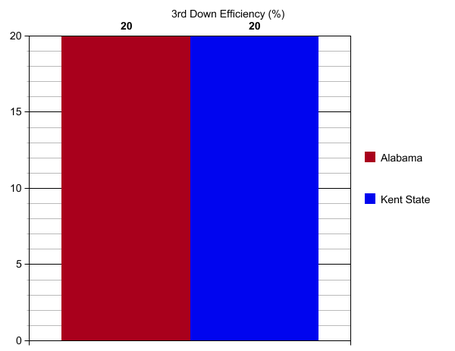 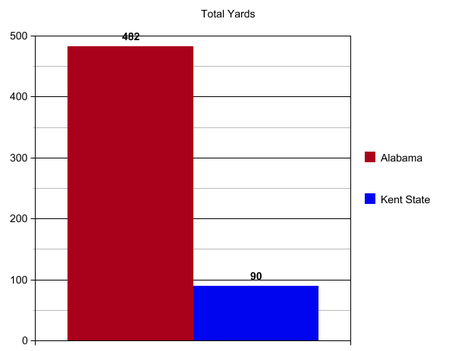 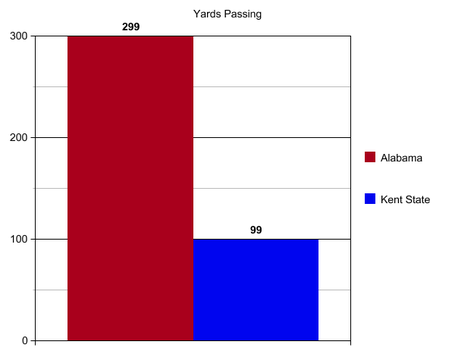 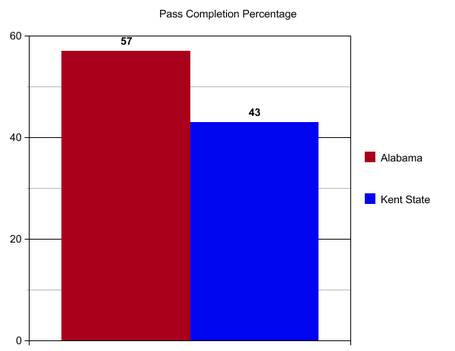 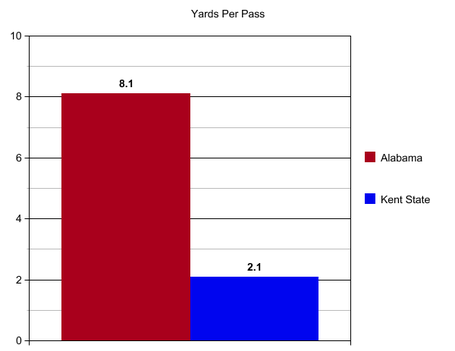 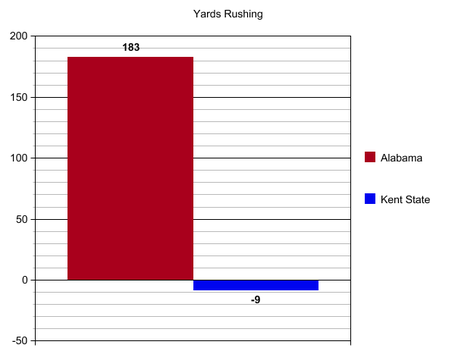 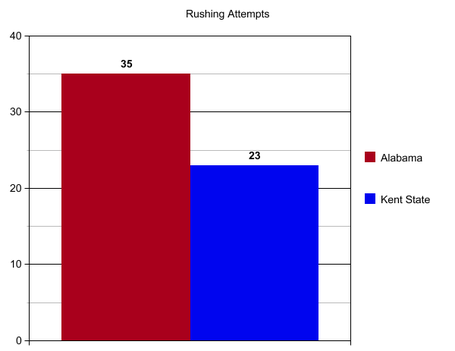 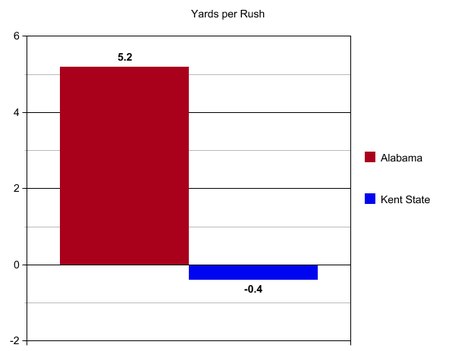 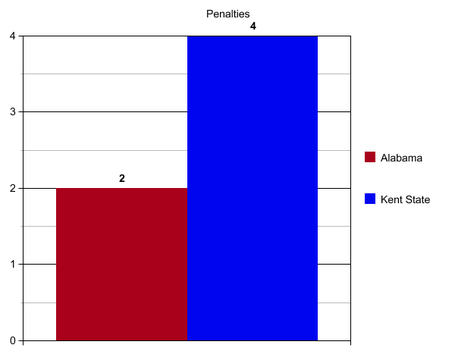 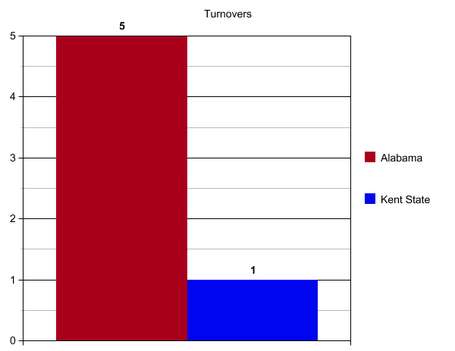