The opening weekend of the college football season generally tends to be something of a bland affair with most major programs feasting upon scrumptious gridiron appetizers. As such, meltdown material is usually a bit muted, and that was again the case this past weekend. Auburn could have started the year off with a bang but unfortunately fell backwards into an ugly win; sure there was some quality meltdown material, but we'll save that for later. Likewise, some other near meltdowns were averted, and a couple of more never really came to fruition because of lame fan bases who clearly do not take their football seriously enough (read Oregon and TCU).

Nevertheless, those looking for comic relief are in luck. Georgia passed their Sun Belt Conference application with flying colors, Ole Miss fared in their battle with BYU about as well as they did in the Civil War and the Civil Rights struggle, and Notre Dame once again took all of one half of football to make their usual media fluffers look like raging idiots.

As always, this piece is in no way safe for work, and should not be read by anyone who is easily offended by foul language. Consider yourself warned. Click below for the jump for Meltdown Time: 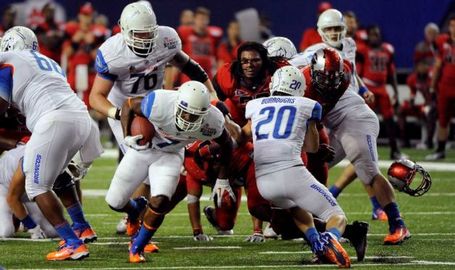 Ray Goff never left. That was him out there today.

All aboard the failboat, plenty of kool-aid on this crusade

Ain't enough Kool aid that will save you from this season. You live and die with your staff, and Bobo has sunk our ass. Go castrate some kids for christ...

could we NOT hire a preacher this time?

Murray looked lousy, offensive line is worse, defense is lousy, coaching is lousy, and Isiah Crowell is a full step slower than a SEC starting tailback should be. fuck

"But white kids are too slow." They're coachable and we ain't got enough of em. Fuck Disneyland and fuck Corch Richt

Bama's negros seem pretty coachable.Hell,a shitload of them come from our state.Maybe it is a coaching issue?

I coulda went fukkin hunting tonite,,but no I had to stay home and watch this shit fest

I did not think we could look worse than last year but we could.....and Todd Grantham is a bust officially. Even with a fat fucking nose tackle the defense is like a sieve....Willie Martinez is heads and shoulders better D coorditnator than this loser....

We are pussy smegma...I'm gonna finish getting drunk and post nude pics of my wife,,,,she pisses me off almost as much as Bobo,,,,Bullfucking shit,,,pissin our pants in our cool uni's....fuckityfuckfushahdlfash!!!!

Mike Leech. Since we cant stop anyone maybe we can out score them. And I saw a few players that could use a little time in an electrical closet....

Those big fuckers couldn't block Boise. Can you imagine what USCe is gonna do to those pathetic bunch of pussies?

Spurrier, Please Put Richt Out Of His Misery. He killed our mascot now hes killing our fans

we completely suck and swallow, gonna be years before i can ever get hyped up about this sorry assed program again

Richt Sucks. First possession of the fucking year and we go 3 and out with three fucking flags. We prepared for damn near a year to take that shit?

Ugly truth: we had no business being on the field with Boise. If they were looking for a big time team to prove themselves, they shouldnt have ever called UGA

Let's just cancel the rest of the season and shut down the football program. We suck, I hate my life. Some of you are so fucking pathetic, why don't you go root for another team. You guys are acting like a bunch of bitches. I'm just as pissed that we lost, and like everyone, despise everything about our coaching staff. But you guys make the fanbase and University look bad. Change your tampon and get behind the fucking players! It's the 1st game of the season! :

You think for a minute the Alabama midget would put up with this garbage?

This has been the most depressing day since the last Georgia football game.

I'm sick of reading all this Bullshit

You motherfuckers want to know what our problem is???

You want to know why and how Boise State could come to Atlanta, GA and kick the living shit outta the University of Georgia Bulldogs???

There are many reasons...the most glaring one is for a WHOLE half of football our best play on offense was a GODDAMN GIMMICK SWEEP USING OUR FUCKING STARTING CORNER!!! Not to mention our WR's (that weren't freshman) did absolutely JACK shit but drop passes. Our QB had about 2.3 seconds to get rid of the ball on most passing plays. Tavarres King (the one hailed to be out of the shadow of AJ Green) couldn't get separation from DB's, couldn't catch the fuckin' ball when it hit him dead in the hands. Our offensive line opened up ZERO fuckin' holes in the running game, couldn't pass protect for more than 3 seconds......Goddamn people stop asking the simple shit....Please! 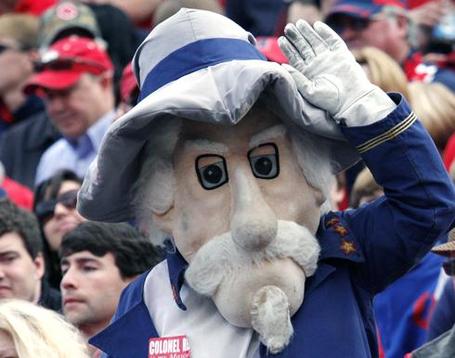 It must be annual disappointment season, because I am disappoint. Naturally, they would recover a fumble in the endzone to beat us. A dropped TD pass here, a bullshit holding call there, and a pointless horsecollar for that little something extra, and now I am looking for constructive ways to bleed off anger. I need a heavy bag and some liquor, or maybe just some heavy liquor. In summary, fuck you BYU, fuck your lucky magic underwear, fuck your temple marriages, fuck your fake "we’re nice" bullshit, fuck footballs, fuck short sleeve dress shirts, fuck trees, fuck space, fuck pickle juice, fuck science, fuck all the garbage cans in the grove, fuck tropical depressions, fuck sportsmanship, fuck squirrels, fuck boats, fuck the "trudishens" assholes, fuck the periodic table, and fuck the next poor missionary who shows up at this catholic’s door.

and we fucking suck and im way to drunk to be on this thing….. FUCK FUCK FUCK SHIT BALLS SHIT WE SUK

You sellouts want to do away with Dixie and the Rebels and the Colonel and the Flag to get recruits supposedly, yet a completely white team kicks our ass.

We gave away all of our traditions to get minority recruits so that a white team could come in and kick our asses.

We totally deserve to lose pulling shit like that. I’m this close, THIS close to saying fuck it and buying a GD cowbell.

We're not in the dumpster, we're in the fucking landfill

Glad the football season is over already, no use people wasting their time on it. I wish we could have lost the spring game.

At what point do we just go the way of Tulane and Sewanee? We haven't been able to compete in the SEC in 50 years and now they are adding teams that are far better than we are. Why keep playing a game you know you can't win? Is it worth it to keep mooching bowl and TV money off SEC teams that actually accomplish something on the field? 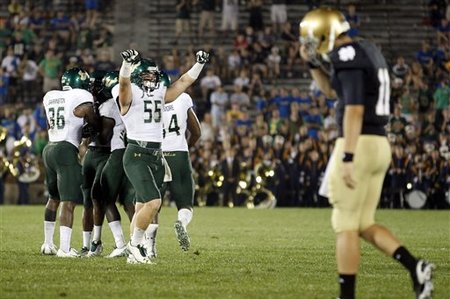 Is God punishing us for all of our greed?

Remember back when we were a top program? Me either.

Um, "mediocrity?" You wish. Got a long way to go before we're mediocre.

Well fuck me I'll be in the back drinking antifreeze

500+ yards of offense and we still can't beat a Big East slapdick. Yeah, you Kelly fluffers are right, we'll just outscore our way to greatness.

The only thing that separates us from Minnesota and Mississippi is that we still have a large following. Once great programs that the game passed over who will never be great again.

Games aren't decided by sportswriter fiat. We are the champions of the Friday morning newspaper and it's pointless

Even the media has really stopped fluffing us. Sure all of the old winded farts like Beano still talk us up, but anybody who didn't live through WWII hypes teams like Oregon and Boise. We've fallen so far we've even lost the media.

For the freshman class that will enroll next fall, in their lifetime they will never have seen Notre Dame finish in the top ten or win a remotely respectable bowl game. Purdue will have had more success in their lifetime than we have. Think about that.