The Crimson Tide basketball team now has just one week left in the regular season before heading to New Orleans for the SEC Tournament. That means we're now less than two weeks away from Selection Sunday, when the Tide will learn its postseason fate. Yesterday we discussed what it would take for Alabama to lock up a bid to March Madness. Today, we'll take a look at the Tide's current projections and a closer look at Bama's resume. 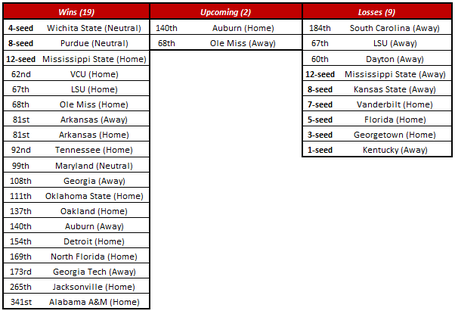