Even as a small group of malcontents and disaster tourists deal a blow to Ole Miss and the SEC's post-racial image, the equally large problem of institutional resistance surfaces.

Share All sharing options for: Gumption: The Ole Miss whitewash

This is the first of a new feature that will be appearing on the site on Thursdays. Gumption is meant to be a "state of the game" weekly address that will focus on legal, social, cultural and other aspects of the larger world which affect college athletics (and vice versa). Also, I really like the word for two reasons: First, there is absolutely nothing wrong with shrewdness, bravery or initiative. We should all strive for more gumption. Secondly, because I love puns, I adore the notion of reclaiming the word Gump. Winston Groom is one of ours, dammit, and so was Forrest. Own it. 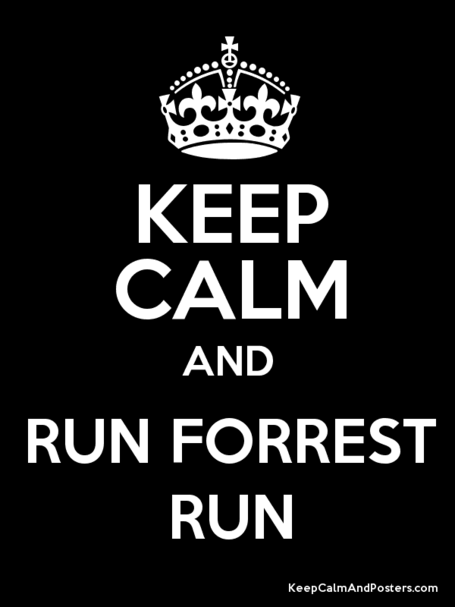 Speaking of reclaiming words, let's turn to a topic that literally few people like to discuss: Race. While race is part of the larger social canvas upon which we paint the American experience, in few places like the South is race as salient, as painful and as quick to provoke strong feelings...and for good reasons.

One need not dredge the murky cultural river bottoms to see the same tired tropes rehashed again and again and again: racist Southerners, hick racists, hillbilly racists. It raises the ire of those of us who live and work and coexist peacefully and perfectly fine in a world that does not include Klan robes, unreconstructed Lost Cause fawning and George Wallace. That mentality for most of us seems, as Drive-By Truckers noted, to largely exist in "another time and place".

Riot Breaks Out Because Obama Was Re-elected On Ole Miss Campus In Oxford, MS (via josy savage)

Not the best moment for Mississippi's flagship liberal arts university....

If you don't recall the "riot" at Ole Miss in 2012, the facts are fairly simple: On the heels of the 50th anniversary of the 1962 (actual) race riot at Ole Miss, a few dozen racist malcontents in Oxford decided to express their displeasure with President Obama's reelection in the most ignorant way possible...an apparently drunken public assembly rife with N-bombs and "Hotty Toddy" chants. The effrontery of some vicious neanderthals caught many off guard, especially as the demonstration occurred just five days after ESPN aired the brilliant documentary on James Meredith and the '62 Riots, "30 for 30: Ghosts of Ole Miss". And, honestly, the footage looked bad, with hundreds of students milling about, while epithets were being tossed freely.

The reaction from various outlets was as varied as the electorate: Hugh Freeze took the odd dual tact of both blaming the local media and essentially saying "kids are gonna be kids and they'll do this at other places too". (Spoiler: they did not). Ole Miss administration meanwhile was quick to denounce the disturbance, even as they downplayed the numbers. Meanwhile, the Daily Mississippian took issue with the national media's labeling of the incident as "a riot" in the first place. It seemed as though everyone connected with the incident wanted a culprit; someone or something to blame other than Ole Miss students acting like racist nitwits.

Enter the Jan 25, 2013 Ole Miss internal report, and we find yet another culprit: Social media.

The report itself echoes the administration's earlier equivocating, even as it quickly adopts the Daily Mississippian's war on verbiage. Assistant Vice Chancellor for Student Life, Leslie Banahan, states:

The committee determined that a crowd that grew to 400 students was composed of an “overwhelming majority of students (who) were present as curious spectators.” The committee reported that students (mostly freshmen living on campus) were drawn largely by Twitter to observe what some described in social media as a “riot.” The committee found that student reporters using social media were the first news media to publish the word “riot,” which was repeated in regional and national news.

“We found no evidence of any property damage or physical injuries to anyone, and four university police officers were able to disperse the crowd in little over one hour.

Yet, even as the administration downplays the severity of the incident, they also pay lip service to "civility," "tolerance," and the need for "racial conciliation."

“Although the events on the night of Nov. 6 did not constitute a ‘riot’ in the traditional sense, they nevertheless had a deep effect on our students and campus community, reflecting the need for continuing discourse concerning civility and respect for others,”

The report is, in short, everything that you will ever detest about governmental agencies in general, and white-washed internal "investigations" particularly: Stick to the script, equivocate, and then look for ways to show the incident was blown out of proportion to begin with. This is where our good friends Facebook and Twitter become the bogeymen and new malfeasor.

Rather than be content with the standard playbook of blaming "the Media" --whatever that allegedly-monolithic, single-minded Black Hat may be, Ole Miss runs with with the Hugh Freeze narrative of "we are our own worst enemies when we report".

Chancellor Banahan and the committee "found"

followers sometimes numbered in the thousands across the United States, receiving misinformation that was sometimes distributed by students who never left their rooms or actually witnessed the events they described. The social media fabrications were shared even more broadly as followers “re-tweeted” to thousands more. The committee’s report stated that students used social media to report gunfire, people being shot, students being Tased, police use of tear gas, mace and pepper spray, and even an overturned police car, none of which occurred.

We can probably agree that most participants at the riot were bored kids, wanting to participate in, or at least soak up, the spectacle. However, what Ole Miss' report fails to address is that tweets were not the focus of the national attention. No, rather the national attention was on documented, actual video footage of Ole Miss students chanting and shouting racist slurs. The ball don't lie, but logocide certainly does. By twisting the meaning of words such as "riot", by invoking social media as the new talisman to deflect away from the actions of individuals, the University is failing its mission to educate young people and to make them honest, culpable, responsible members of society.

A university committee is studying alternatives for advancing racial reconciliation on campus and the Division of Student Affairs is implementing programs to educate students on appropriate use of social media.

Awesome: "study alternatives" to advancing racial reconciliation? "Educate students" on social media? So, Oxford students are to get lectured "don't tweet this", while a committee studies alternatives to a global social ill and will undoubtedly recommend wholly-unfunded, understaffed initiatives that will never be implemented? These guys should run for Congress.

We have a problem, SEC. This is not peculiar to Ole Miss, either. We are our own worst enemies, as Coach Freeze suggested. However, the culprit lies not in information (or even disinformation) dissemination (as Ole Miss would like us to believe), so much as it does with some rather ingrained institutional resistance to very real racial issues, and the underlying problems still facing us. Rather than focusing on the latter problem, one which is a societal woe and a target for larger aspirational efforts, perhaps administrators and educators would be better served by less hemming and hawing, and a little more forthrightness about the very real issues still facing us.

The first step in any rehabilitation program is realizing there is a problem. So, what's stopping us?