"The other night we had a joint basketball-football banquet and Adolph Rupp (Kentucky basketball coach) was presented with a big four-door Cadillac. All I got was a cigarette lighter." ~ Coach Paul "Bear" Bryant (Joplin (MO) Globe, "Cites Stonewall Wildcat Defense," December 9, 1950

Share All sharing options for: The Goalpost Goddess: The Grass Ain’t Always Blue(r)

For reasons that I cannot fathom, I am finding it hard to find my words this week. I will not bore you with what all it means to be a writer with a block, but let me just tell you - it isn't anymore fun than a root canal, especially between Georgia State and Kentucky. I suppose I should be able to come up with something interesting to write about Kentucky seeing as how the only National Championship they won was brought to them by Coach Bryant but all they gave him was a lighter, or that his hatred for Tennessee was planted at Bama but truly nurtured there, but I'm just finding it difficult to analyze a game that we SHOULD win handily.

I put a lot of emphasis on should because Kentucky is coming into this game excited to be playing the number one team in the nation (their fanbase actually bought more of their tickets for this game just to see us play, I'm sure we should be flattered) and a bit revved up off a loss that actually had some momentum against South Carolina. While researching their last three games I saw in several articles where they actually said that the adage "you learn more from a loss than a win" holds true with this Kentucky team. I'm not sure if that is true or not, but the fact that the fan base still holds hope should make for some interesting material on Tuesday.

I just can't imagine that as long as we keep the ball on the ground and grind Kentucky down, we don't keep it close and low scoring and traditionally SEC. If they manage to keep AJ on his toes and keep him throwing it in the air, though, we may have some issues, as they proved last week against South Carolina. Plus, with the lack of Clinton-Dix on defense, things could get interesting from Kentucky. I'd prefer not to be singing the blues when we come back from the Bluegrass State, thank you very much.

For those of you traveling to the game or are interested in traveling, word on the interwebz is that even though interest in seeing Kentucky play Alabama (for the first time since 2009) is high there are still a few tickets available through the UK ticket office if you're so inclined. From what I can tell from my True Blue Kentucky fan friends, they really do believe they have a chance this weekend if they play their cards right. I'm trying not to remind them that we're not meeting in a coliseum and are meeting on a field. I hope I'm right. 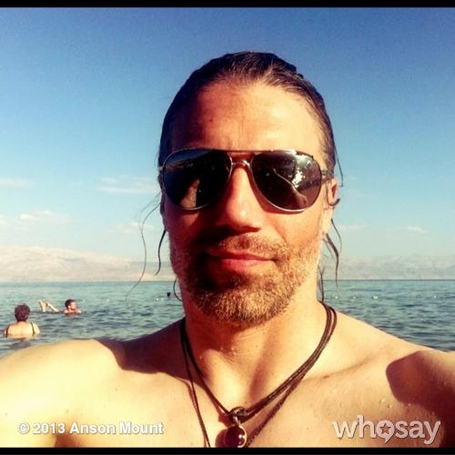 Dead Sea Selfie? Maybe I should have saved this one for Tennessee??

Enjoy the beatdown of the Wildcats everyone and