Random Thoughts From Around the Country: Week Seven

With the first official BCS Standings set to be released on Sunday, October 20th, it is fitting that the first bit of real chaos has started to kick in. And more to come (Louisville, I am looking your way).

Share All sharing options for: Random Thoughts From Around the Country: Week Seven 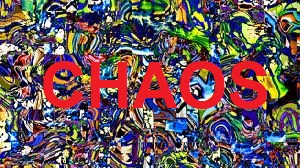 The chaos we were hoping for last week and did not get (UGA@Tennessee, UCLA@Utah, TCU@Oklahoma), made a grand return this past Saturday. Enjoy in the reverie that is college football:

(Does this scene look familiar Dawgs? On left: Sanford Stadium Oct. 12; Right: Sept. 28 after IMHO overreacting to the LSU win)

After sneaking past the Vols in overtime last week, UGA 's defense let their LSU ego-inflation linger into a second week as Mizzou pulled the upset in Athens.

The apologist will point to the mass of injuries to running backs Keith Marshall and Todd Gurley, as well as wide receivers Malcolm Mitchell, Justin Scott-Wesley, and Michael Bennett. I cannot deny that was a factor even though Georgia outgained the Tigers by 98 yards. Another big stat was the turnovers (4 to 0) of which a perfectly healthy Aaron Murray behind a healthy O-Line accounted for 3 of the 4 with 2 INTs and a fumble returned for a TD.

But the real problem here is the terrible Bulldogs defense. Missouri was clinging to a 28-26 lead in the 4th quarter when quarterback James Franklin left the game due to a separated shoulder and was replaced by someone named Maty Mauk. The final score speaks for itself.

Sometimes the pollsters get it wrong, but there was a good reason that an Oklahoma team with a 5-0 record was only ranked number 12 coming into the Red River Rivalry. They really aren't that good. Baylor now picks up the conference flag at #12 as the highest ranked Big XII team (sad). Former Big XII commissioner Dan Beebe who reigned from 2007–2011 really screwed that conference up.

As for our favorite punching bag, Mack Brown, will this save his job? I doubt it unless he can run the table. Can he run the table? Again, I doubt it but the 'Horns sit at first place in the conference at 3-0. That said, their last three games are at home against Oklahoma State and Texas Tech, and at Baylor. There is a very good chance they won't even get by TCU in two weeks (they have a bye this week) much less finish 10-2. But we can hope.

Speaking of the Pac-Whatever, do you realize that Oregon State's Mike Riley is their elder statesmen of coaches? Washington's Steve Sarkisian is second with a whopping 4.5 seasons.

But I digress... I don't think anyone saw Stanford's loss to Utah (4-2) coming. This definitely throws a wrench into their BCS Championship hopes. It looks like the best the Trees can do now is be a spoiler to UCLA (Oct 1) and/or Oregon (Nov 7).

Speaking of Oregon: is it time to start getting a little nervous about the Dux? Keep watching the scoreboards: Oct 19 vs Washington St, Oct 26 vs UCLA, Nov 7 @ Stanford.

So Cal 38 Arizona 31 - Ed Orgeron got a win in his first game as interim coach of the Trojans. I bring it up just as an excuse to link THIS.

Penn State 43 Michigan 40 (4OT) - Exhibit A of how Ohio State could get left out of the BIG GAME. The Big 10 has TWO ranked teams: The Buckeyes are #4 and Wisconsin is hanging on for dear life at #25.

Clemson 24 Boston College 14 - The Tigers got caught looking ahead to the FSU game and almost destroyed their season. But c'mon. It's BC.

Mississippi State 21 Bowling Green 20 - One point? Really? The Bulldogs were shutout in the second half including turning the ball over on downs at the 5 yard line with 4 minutes left. At the beginning of the season, it seemed the MSU faithful were okay with 6 or 7 wins and a bowl game but there are some whispers in Starkville that Dan Mullen might be on the hot seat. At 3-3, it is about to get downright ugly in Klanga-Klanga-land: UK, @South Carolina, @Texas A&M, vs Alabama, @Arkansas, Ole Miss.4-8 is a strong possibility.

If you are a football junkie, this is a great week plus for you. Last week, there were college games Thursday, Friday, and Saturday. NFL was on Sunday and Monday followed by Louisiana-Lafayette at Western Kentucky Tuesday at 7/8pm

Wednesday is a day of rest.

- If the Cards get past the Knights, it is cupcake city from here on out.

- Loser is most likely eliminated for the BCSCG.
LSU at Ole Miss 6pm CT / 7pm ET

Loser is most likely eliminated for the BCSCG.

Washington State at Oregon 9pm CT / 10pm ET FoxSports1 - The Pac-12 kindly asks you to NOT watch this game to the end. Thank you.

(I am not adding Stanford, Michigan, or Oklahoma just yet because crazier things have happened)