Who would have thought pre-season that Alabama would put up better offensive and defensive stats against Ole Miss and Kentucky than Colorado St and Georgia St? Certainly not this guy.

Offensively, the 2013 numbers are inching towards the balance we saw in 2012 and 2011. Saban and Nussmeier have finally found the one two punch in Yeldon and Drake, the receiving corps (outside of the dropsies against UK) are starting to get in sync with AJ and the offensive line is starting to impose their will on opposing front sevens.

BTW, the 2013 OL is 22nd in the country in sacks allowed at only 7 on the season. In comparison, the vaunted 2012 unit that many consider the greatest Bama offensive line of all time, finished the year ranked 54th.

Oddly enough, the red-zone numbers IMPROVED this week even with the two fumbles inside the 10 against UK (it helps when you have 8 red-zone attempts in a single game).

Along with sacks allowed, the group of stats I've been watching the closest would be rushing yards per game and rushing yards per attempt and in both areas the Alabama offensive line is making considerable gains each week. Note: both Yeldon and Drake are averaging over 6 yards a carry.

Defensively, Alabama has taken advantage of playing against some absolutely horrible offenses and I'm including Ole Miss in that list.

When looking at stats against the offensively inept my opinion is that your attention must go not to the yards per game or even points per game but yards per attempt and 3rd down defense/red-zone defense. In all areas, Alabama is performing admirably.

The 7.3 passing yards per attempt against GSU was a tad disconcerting but the defense showed up against UK allowing only 4.2 yards per attempt. And since the A&M game, were the 'Bama defense yielded 5.13 yards per rush, over the last four games they have averaged only 1.81 per rushing attempt. I'm looking forward to seeing if that number hols up against Arkansas and Tennessee.

What's more impressive is that outside the A&M game the Alabama defense has only ALLOWED four red-zone attempts all year and in fact hasn't allowed a single attempt in the last two games. I don't care who your opponent is, that's playing defense with a chip on your shoulder. 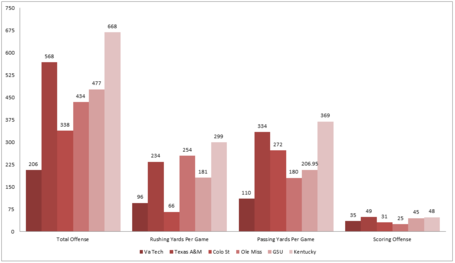 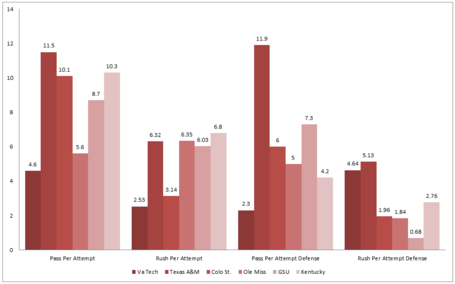 (the picture above are offensive stats) 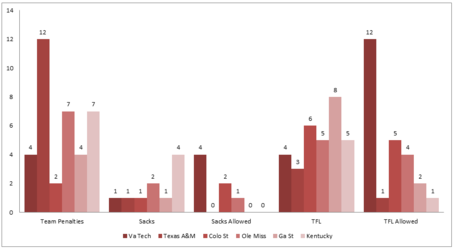 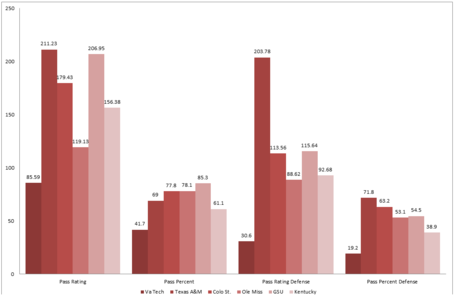 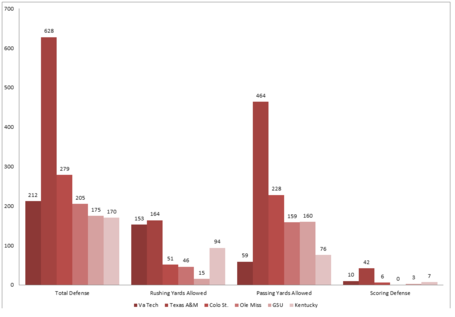 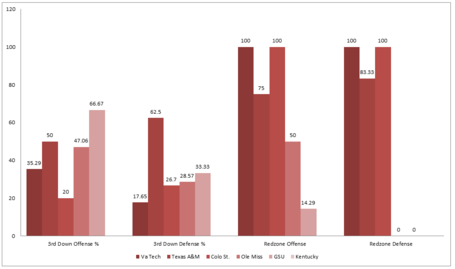