Nothing tops a night game in Bryant-Denny. Well, except a night game at Bryant-Denny against a team that has actually scored within their last 3 quarters. I guess one can't be choosy when they're playing such a cupcake schedule this year. A team like Bama can only expect to play so many LSUs or UGAs (oh... wait....)

Share All sharing options for: The Goalpost Goddess: Karma and Bamapocalypse II

Well, either way, we're going to be facing the Razorbacks this weekend after a pretty tough loss by them to the Gamecocks. They were throttled and I'm starting to think that maybe Les Miles was right, we should have a tougher schedule. This is beginning to get embarassing. I'm getting heckled in my Twitter stream by UGA fans because of our SOS and they got beat by Mizzou for Pete's Sake. If THEY are complaining about our SOS I guess the next thing I should start to hear is Vandy complaining about how easy it is for us to get through to the SECCG, I'll go ahead and prepare for their jabs next.

To quote one of our own articles, Arky is ranked 44th in defense (and Joe27 said that's "not too bad") and giving up 367.7 yards per game. I kept thinking about when was the last time ever put that many yards up against us and realized that I've become one of the spoiled brat fans that I talk about alot where I just, "expect too much" from our boys and , "nothing is ever good enough" because we need to ,"remember the dark times." Yeah, that's me #SorryNotSorry. In fact, I don't complain about THOSE fans. I complain about the ones that talk about how much we suck when we can't complete a pass or when someone drops the ball or how disappointing the team is. I don't get down on the team or the boys, I just expect more. That's the major difference.

I also expect everyone that is at the game to get up and cheer (or stay seated and cheer, I don't care... just cheer!!) And I know we're going to have a few more voices that we haven't heard from in a few years at the game on Saturday and I'm looking forward to seeing them in B'ham and T-town this weekend. We're having a bit of a Bamapocalypse II and Queen is the one that has headed this lovely thing up. So, if you find yourself in B'ham on Friday night or in T-town on Saturday shoot me an email, we'll let y'all know where we are and you can find us. Saturday will probably involve quite a few Bloody Marys poured by our very own Bo Hicks (aka Chinese Dentist.)

If Ricky manages to make it to Tuscaloosa I'll do my best to keep him away from Jen Bielema so we'll continue to have Trunkation articles over the rest of the season. I would hate to have him carted away in a paddy wagon for harassment. As for the rest of y'all, if I see you acting a fool, you're on your own. That's Karma! 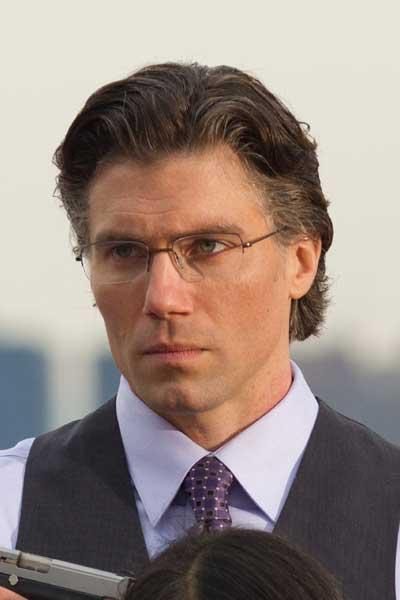 Enjoy the game and find us if you're in town for Bamapocalypse II, and as always