Are You Not Entertained │ Week 8

Football is half-way over. Enjoy the good and the ugly.

Share All sharing options for: Are You Not Entertained │ Week 8

Safe to say last week's biggest upset, both in terms of chalk and on the field, was Texas smashing Oklahoma. Texas suddenly remembered why they recruited all of those running backs, and a depleted Sooners D was absolutely no match. Also, Blake Bell...LOL. This week, I kind of expect some further conference shenanigans, which is why I will not be betting on Florida-Mizzou, Clemson-FSU, UCLA-Stanford. So, watch some decent games, but throw your cash at these.

Sakerlina @ Ark: "After (a quarter and a half) USCe will have the cover in hand and profit off Arkansas miscues."

Cuse @ NCSU: "the ‘Pack will do more than enough to cover the points."

UCF +14 @ Louisville: You can forgive the Cardinals' rather mediocre showing versus Temple and Kentucky and Rutgers, as it is this Directional Florida team that they were game-planning for. You know, two months into the season. UCF will score, and they won't give up a ton of freebies. This line is for people who think the polls are a measure of a team's worth. SPOILER: they are not. UCF covers, and there's more than a fair chance they win straight up on the road. 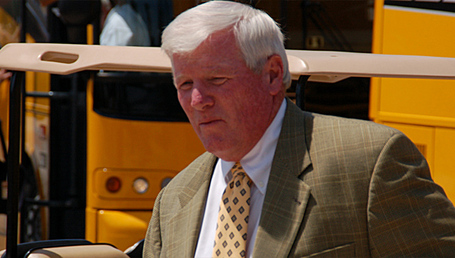 Will the Defendant please rise.

South Carolina -6.5 @ Louisville: (Using Vols hashtags) One team will #RiseToTheTop, and while you can be a #VolForLife, and scream #GoBigOrange from the stands, in the end South Carolina should slowly dismantle this team #BrickByBrick. A big breakthrough win for the #Vols? #ButchPlease, South Carolina wins ugly on the road.

Ohio -17 @ Eastern Mich: Bit of a disappointing season so far in Athens. Losing to Louisville was expected; losing to Central Michigan was not. Good news: this is the worst Directional Michigan...and maybe the worst Directional U in the country. The Bobcats will give up a few scores, but should get back on track, and let Ron English get back to updating his resume.

Maryland -5.5 @ Wake Forest: Jim Grobe, for about half a decade, has been like your boss's incompetent nephew: he does just enough to not get fired, but nothing stands out; it's just a mire of mediocrity and only inertia keeps him around at this point. Maryland is not as bad as they appeared v. FSU (or the hangover game v. UVA). Time to get this rickety cart back on the bumpy Roman Road of the ACC. Maryland by two scores. 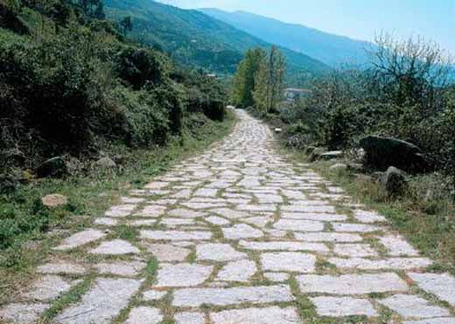 Texas A&M -13.5 v. Auburn: The Aggies' defensive line is a bit more competent these days against the rush. Auburn, to have any chance, is going to have to run the ball...a lot. They will, and then they'll get cute and screw up enough in a hostile environment to not hold serve. Also, while the Barn's defensive line is very good at creating pressure, their secondary and linebackers are clueless when a QB is actually flushed. Coupled with a mediocre pass defense, this bodes poorly. Manziel for Heisman 2.0 continues and the Aggies win somewhere in the neighborhood of 17-24 points.

LSU -10.5 @ Ole Miss: Does Ole Miss even have enough players left to field an 11-man defense? Hill goes off between the tackles, play action eats the Rebs alive, and Freeze will do something dumb as the Tigers cover and win a pretty dirty game.

Indiana +9 @ Michigan: I'm going to regret this, but I just don't think that Michigan's head is on right. The lines are garbage, the injuries mounting, and the coaching under fire. I think Michigan may fend off the Hoosiers, but it's going to be a closer-than-it-should shootout. 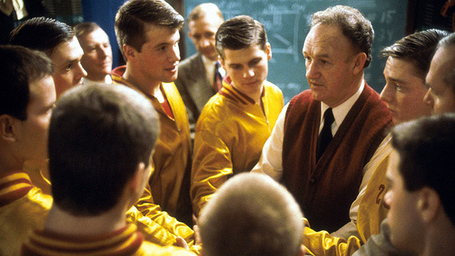 "And David put his hand in the bag and took out a stone and slung it. And it struck the Philistine on the head and he fell to the ground. But it was really just an errant Devin Gardner pass. Amen."