We're moving on up!

As we head into the middle part of the 2013 season we are starting to get a better view of how this team looks both offensively and defensively. After facing four teams, three of which ran some type of spread/ HUNH/ triple option veer offense, the defensive numbers are starting to work themselves out. The offense continues to improve but that unit, especially the passing game, has a ways to go before meeting preseason expectations.

On offense, the passing game improved in some areas but took a dip in others. AJ is still as efficient as ever but not surprisingly his yards per game took a hit. We all thought that the Alabama passing game would be a dominating force but statistically they haven't lived up to the hype. The 'Bama rushing attack improved by 20 spots from last week and 31 spots in yards per rushing attempt.

3rd down conversion did improve slightly from the dismal performance against Colorado St but you have to be concerned if that number (not just ranking) doesn't improve dramatically before LSU.

This early in the season, with so little data, one game can make a huge difference statistically (notice that Bama went 1 for 2 in the red-zone against Ole Miss and dropped 50+ spots). As we've mentioned many times already, the next four games should allow the Alabama offense to pad some stats (mainly, well, hopefully in the rushing game)

Defensively, the stats and rankings continue to head in the right direction. As stated above, the A&M game continues to hurt the perception of this group. If you take out the A&M game, this defense is only allowing 232 total yards per game, giving up only 5.3 points with 83 yards rushing and 148 yards passing per game. Even with the A&M game included this defense is only giving up 3.57 yards per rushing attempt and 6.7 yards per pass. Simply put, this is still an elite defense and quite possibly the best complete defense in the SEC outside of maybe Florida.

I decided to add Special Teams stats to the weekly tracker given their stellar performances so far this season. There is still a ways to go, but if the trends continue, we could be looking at the best over all special teams units we've seen at Bama in quite some time. (No pressure, Cade.) 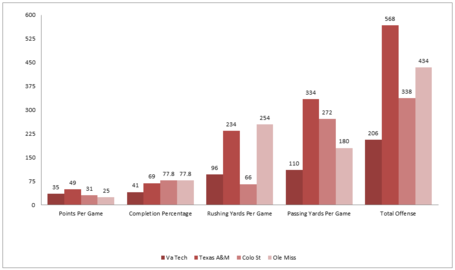 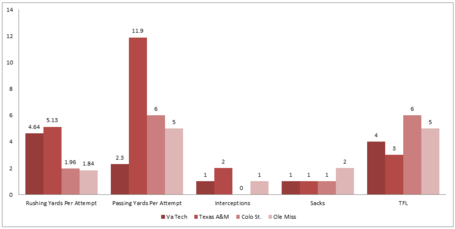 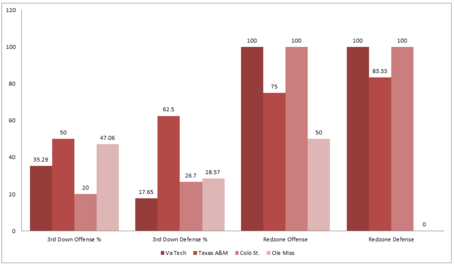