Roll 'Bama Roll's season long attempt to track Alabama's offensive and defensive stats and how they measure up to the rest of the country.

211 rushing yards a game, 248 passing yards, 16 passing TD's and 16 rushing TD's is the very essence of a balanced offensive attack. The last few weeks we have seen the rise of our rushing attack and the emergence of a deadly efficient passing game. Again, the level of competition has been terribly low (average total defense rank of last five opponents= 86th), but this offense is doing exactly what they want, when they want it. What more can you ask for when playing cupcakes?

As Jtadpole pointed out in the podcast, there isn't o area of this defense where you can find fault. That is unless you have gone full gump. You'd have to go all the way back to A&M to find a game where this defense struggled. They still aren't generating as many TFL's or sacks as we'd probably like, but if you are actually watching the game and not just looking at raw stats, you'd see the front seven is putting plenty of pressure on QB's and forcing them into bad throws.

Just like the offense, you have to mention that the average total offense ranking of our last five opponents is 82nd. However, we are shutting down opposing offenses and that's what you want to see against cupcakes. If this defense was still giving up lots of yards and points THAT would be a cause for concern.

Even with the revolving door that is our #2 corner, the passing defense continues to improve each week. And again, the eye test proves that the level of competition isn't the only reason for optimism.

I changed up the Red-zone tracking because the defense has only allowed ELEVEN attempts all year and six of those came against A&M. In fact, they've only allowed three total attempts (Colo St kicked a FG) since A&M.

Looking at how well we defend kick-off returns, it's no surprise the staff is having Cade kick them short. Why give teams the ball at the 25 when you can have them start at the 18?

Cody Mandell deserves "most improved player of the year" so far. 47 yard average, 39.5 net? When was the last time Alabama had this kind of weapon at the punter position? 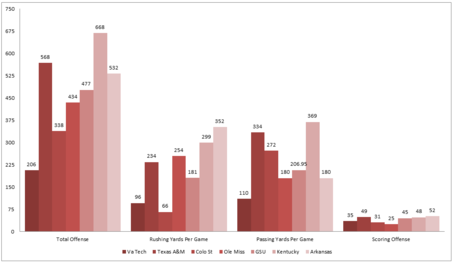 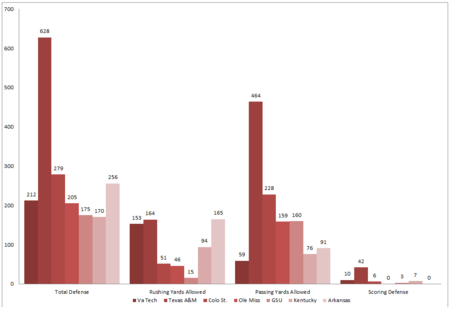 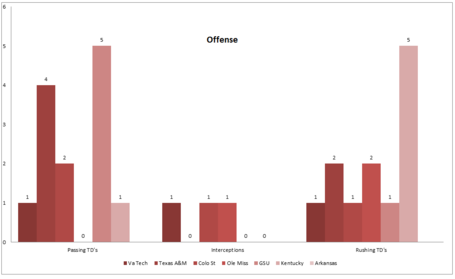 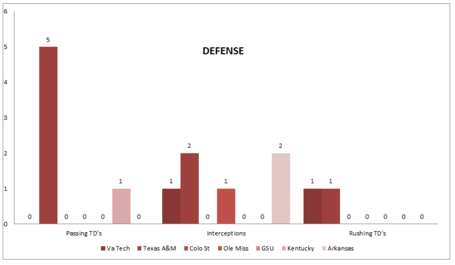 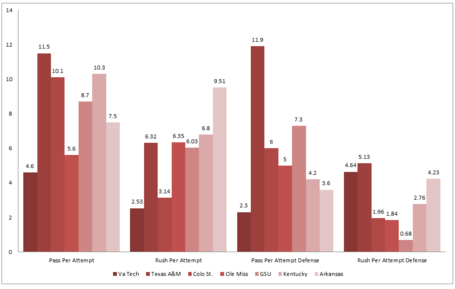 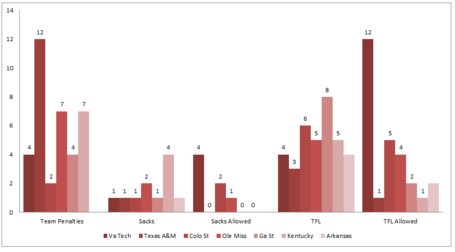 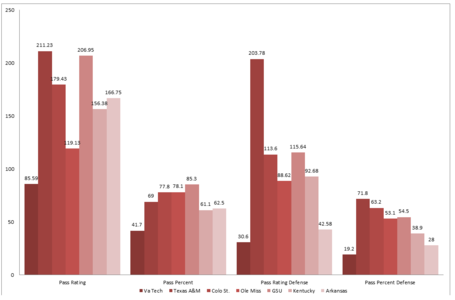 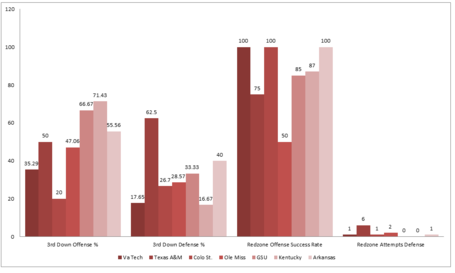