The Goalpost Goddess: Smoke ‘em If You Got ‘em Boys

It’s easy to “hate” on Tennessee. I mean, what’s to love, after all? Those smoke colored uniforms they broke out this year for their “blackout?” That soft, creamsicle orange that they seem to be so proud of? Sanctioned vandalism that seems as though this year they’re trying to pin on us?

Share All sharing options for: The Goalpost Goddess: Smoke ‘em If You Got ‘em Boys

Our friend said it best when he said their stadium looks like a garbage worker convention & I plan to sport that shirt with pride tomorrow.  It's just not that orange you can sit with.  I've hated Tennessee so long that it's hard to start to explain to those that don't get it.  I've seen some of the best tweets ever under the #TennesseeHateWeek hashtag that I couldn't even come up with the best ones to share.

I hate Tennessee so much that when we actually did tie them in ‘93 (yeah, I know, we've forfeited that one since) I cheered like we had won because by gosh, THEY didn't walk out of our stadium with a win.  I judge people based on the shade of orange they wear.  Nothing good comes from any team that wears orange.  I used to own a shirt that said "Real Men Don't Wear Orange" and it includes EVERY team that wears orange, is my belief.  If you can name a team that wears orange that is worth $.02 then I'll eat my hat.

Especially these days when the stupid "Saban to Texas" rumors are still piling up.  The Burnt Orange Nation report of Miss Terry house hunting with her daughter-in-law woke me from a pretty deep sleep this morning and that is just wrong.  So, yeah, pretty much anyone in orange can burn (no pun intended.)

AlabamaJammer and I already have our cigars on the ready, waiting for the last seconds of the game to tick down tomorrow.  They happen to be 1990 vintage and that happens to be the year that we beat a #3 UT in Neyland Stadium 6-3 and later traveled to the Fiesta Bowl to meet up with Louisville where we were to play the "Quarter Defense" instead of Nickel or Dime.  *Sigh*  I think a 1990 vintage cigar bodes well for a win tomorrow.

My hoodoo for tomorrow's thread isn't earth shattering but it is embarrassing enough to cause some of y'all to question my loyalties to this football program.  Y'all will be welcome to hate on me after the admission. But in the mean time, I have to tell you all that when Anson Mount was chosen as our RBR Beau this year I did not think of what impact it may have on this week's game.  He is a Vol fan to the core, it seems.  If that admission isn't bad enough, when he tweeted and facebooked about us choosing him he stated we're now his THIRD favorite team.  I can't even imagine who he has ahead of us after the Vols.  So, while he is still our Beau, and he is still delicious, I made the decision to choose two not as "flattering" photos of him for this week's post.

I hope the ladies will forgive me. 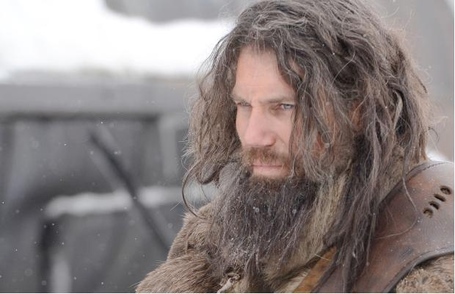 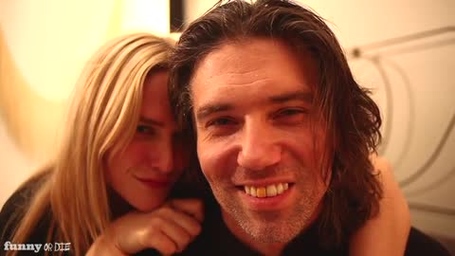 Enjoy the game, afterwards smoke ‘em if you got ‘em and as always