TRUNKATION: UT VOLS, by the letters

Knoxville resident Ricky Muncie smuggles in valuable intelligence on his most dangerous mission yet...

Share All sharing options for: TRUNKATION: UT VOLS, by the letters

Editors' note: Ricky Muncie is AWOL this week. He was last seen somewhere in greater Knoxville, and suspiciously around the time that this happened: 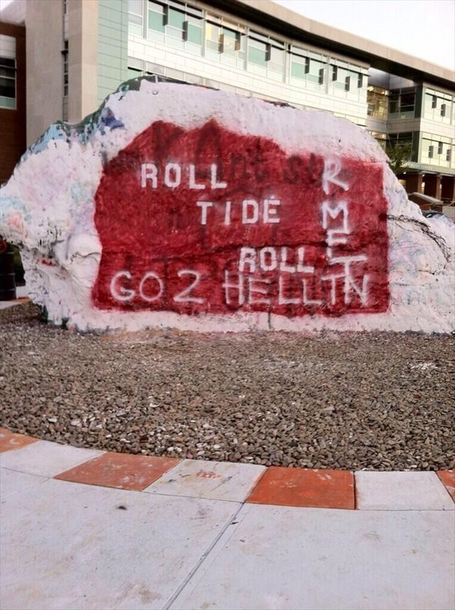 We haven't heard anything from him since early that morning: 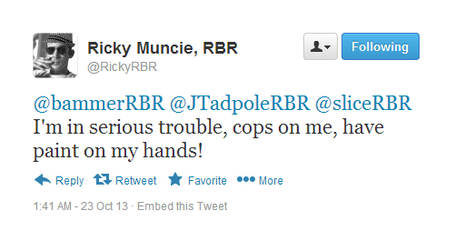 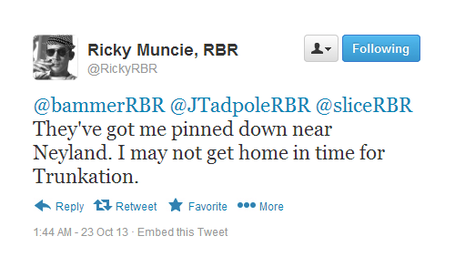 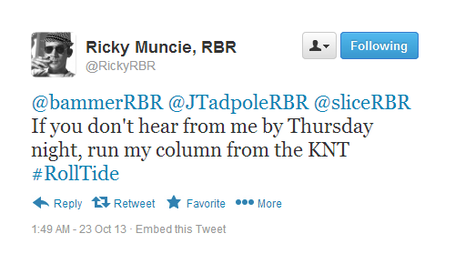 We weren't entirely sure what he meant, as the print on the Knoxville Nickel Trader is very small. However, this tweet may have provided us with an important clue. 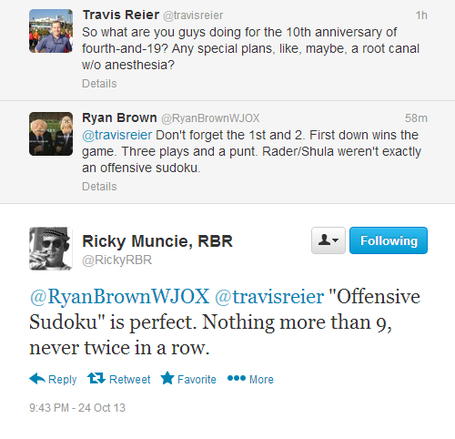 Lacking any other ideas, we now present Ricky Muncie's weekly Sudoku column from the Knoxville Nickel Trader. (Reprinted, we hope, with permission of the missing publisher.) 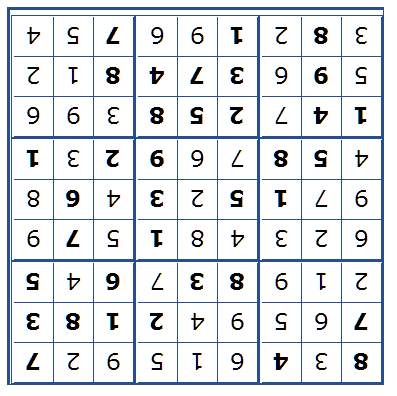 Now that we have that out of the way, it's time to laugh at those stupid Bammers, amirite!?! Sometime last night, they defaced our precious "The Rock" with their vile crimson garbage. Yes, it is a sore for sighted eyes, but when you examine it from the rules of Sudoku, you see just how stupid those Tuscalosers are! Drunk and stupid, like the Bahr, amirite???

For all the fake college degrees they bestow upon their hired help in Bryant-Denny, you'd think they could master something as simple as an elegant Sudoku puzzle. But look at their atrocity, up close: 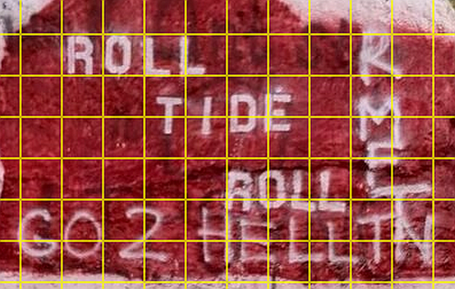 First of all, they can't make a simple grid to save their lives. The placement of the rows is completely off, but it's appropriate that those cheating cheaters that our beloved Coach Fulmer brought to their knees would cross lines and cross them often: 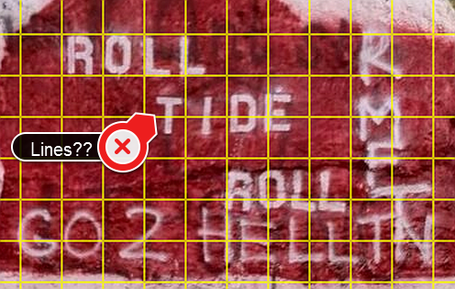 Next, their technique is completely blown with their total lack of consistency on fonts. 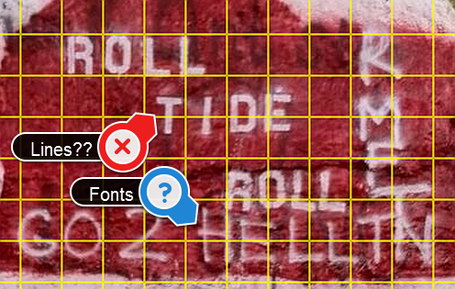 (I must give those Bammers credit, as I would have expected no less than Comic Sans from them.)

Finally, it's clear that the Clan from Roll Tahd can't seem to grasp the most fundamental rule of Sudoku: No more than one instance of a letter in any row, column, or block. 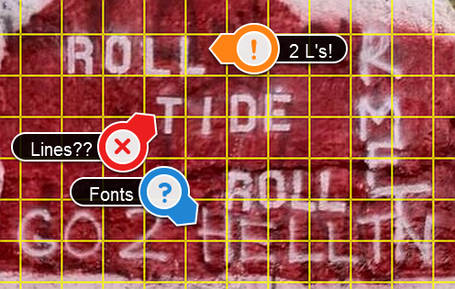 That's not their only "Double LL" problem. With the L's in the second "Roll" and the L's in "HellTN," they are violating ALL of the principles at once:

But hey -- what do you expect of the frauds from Alabama who might survive to get trounced by Oregon in the title game. (Please, let it be by more than 45 points!)
Let's all have a hearty laugh at the expense of those pretenders and frauds!
And on to this week's puzzle.
In honor of the Crimson Turds and their inability to write in clear and distinct rows, this Sudoku will use letters instead of numbers. When you complete the puzzle, the bonus blocks in orange will spell out a special message.
Enjoy! 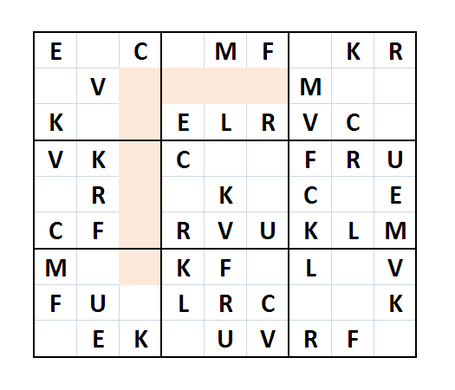 Your Vol Pal 4Ever --
Ricky Muncie