Your Friday Hoodoo Thread │Step Up Your Game or GTFO

Our weekly attempt to curry favor with the Football Gods by admitting our moral, intellectual, and cultural shortcomings in a very public manner.

Share All sharing options for: Your Friday Hoodoo Thread │Step Up Your Game or GTFO

Find out how to Hoodoo, here.

I've about had it, you guys. We've seen more Alabama players suspended in just the past two months than the last three years combined (Skittles Four not included). Our offensive line is struggling, Amari Cooper is no where to be found, our #1 safety just got suspended, OUR PET'S HEADS ARE FALLING OFF!

I won't blame the newly crowned Sweetheart (cause she's awesome) and I don't want to point the finger at anyone in-particular (#blamesTodd) but something is amiss here. Either our sacrifices aren't acceptable or the god's are trying to get our attention.

So today, I don't care if we are about to play Georgia State, you either bring it or GTFO. This is not a game but serious biz-nass.

I've been married now for nine years (ten in May) and I have two beautiful children (one girl and one boy) with a third on the way. Oh yeah, I forgot to tell RBR, the wife and I are expecting another baby girl coming in late February. So yay to Mr and Mrs Bammer!

Back to the story - I got married when I was 22 years old and my wife was only 20. If you want to get technical, she was my first serious girlfriend (not the embarrassing part yet). To be completely honest and a little mushy, I actually knew on our first date that I would marry her and that wish came true four years later. We've had our ups and downs but I'm just as in love today as I was nine years ago..

So, coming from a Christian background, my wife and I both decided to wait for, well you know, until our wedding night (Still not the embarrassing part). Just to be clear, I don't regret this at all and actually carry around this patience as a badge of honor. Not many people these days can say they were a virgin on their wedding night and in no way am I ashamed of this part of my life.

The embarrassing part comes a few days into the honey moon. Being the inexperienced man that I was, the first few days of our marriage was.. how shall I say..a bit of a learning curve. There were more than a few quick moments and it was certainly awkward at first. We eventually found our stride but there were a some  mishaps along the way I didn't expect..

OK, so 30 moments in just three days is a lot of work, you guys. Eventually (and unexpectedly) things that use to just "pop up" quickly started to take longer and longer until finally... there was no "pop" left. Actually, it was more like a flop.

Again, unexpected as this was, I was mortified. I thought to myself, "I'm only 22 and this only happens to old dudes!" So, in the midst of my failure, I jumped off the bed and ran into the bathroom like a scared little girl....My wife not knowing why I was upset was worried at first and then, after I explained the situation, started to chuckle at my embarrassment..This only added to my horror. After a rest everything returned to normal and we continued our soiree.

I still don't know if this is normal or not but it never happened again. Of course, I haven't had sex 30 times in three days but I'm still young, right? 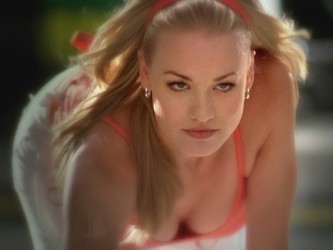