Tough week for meltdowns, as a weak schedule combined with zero major upsets put a damper on available material. Took some looking, but we believe we were able to come up with some amusing gems for your perusal. As always, the language in the post below is horrible, vile, disgusting and vulgar. Reading further could result in your becoming offended. You have been warned. 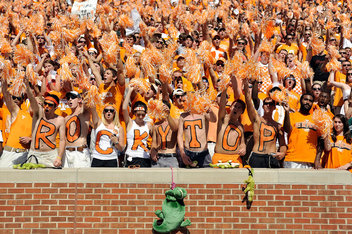 OH MY FUCKING GOD YOU FUCKING FUCK OF A RECEIVER. WORLEY MAKES A GOOD THROW AND YOU FUCKING....FUCK

I give up on absolutely everything in my life

Can we offer up Lane Kiffin as a sacrifice to whatever God is pissed at us for getting rid of Fulmer? Fuck this shit, I can't take any more losses like this.

Buy me dinner at least refs

I'm so sick of the one days or the wait til next years. I just can't take it anymore.

I think it's only fair that we sacrifice Worley to Georgia for the injury earlier.

You'd think we'd be used to this by now. NOPE.

god. it hurts so fucking bad to be a Vol. Why does this always happen to us? When are we gonna catch a fucking break?

IS IT BAD THAT I AM THIS FUCKING EXCITED TO BE TIED?!?

All of my friends are in Knoxville for the game and I'm home alone with my dog and about to break open my bottle of Jager to get through this game. Let's get it started! GBO!

EDIT: Now my dog is judging me, apparently drinking giant Jager bombs is frowned upon in this establishment. Well you know what Ridley? You lick your own ass, so there.
EDIT 2: I'm out of Red Bull but still have some Jager left over. Am I drunk enough to drink Jager straight form the bottle? We're about to find out.
EDIT 3: NOPE
EDIT 4: I've got more Red Bull, EVERYTHING IS OK!
EDIT 5: Shit! I've run out of alcohol! If we pull of this win, I feel sorry for my liver cause superstition and all.
EDIT 6: We've got a bye week next week and we lost but I'm gonna make sure I've got enough alcohol to make it through the SCar game in two weeks just to see if the superstition holds true! Go Vols!
EDIT 7: Now drunk me wants to buy a bunch of shit online. Someone needs to make sure I don't do that

I am going to go into GTA V and kill all of Los Santos.

I know that we suck,
Georgia is a better football team this year,
and that Oregon has some pretty cool fans,
but we will get better...right guys? :(

Just when I thought things were turning around, we go and pull the same shit we've been pulling for the past four years. fuck this, fuck that. fuck everything.

Fuck everything and everyone.

Bear with me, it may take a large wall of text to accurately articulate not only how I feel about this game, but also how I feel being a lifelong Vols fan. Scratch that, I can sum it up in one word: Goddamnit. That should just about cover it all.

Uhh, what in the hell is happening. Both GA and Tenn. getting fucked so much. I, um... I can't. I'm dead with a heart attack.

EVERY. SINGLE. YEAR. We can never finish. EVER!!!! And so the painful, sad saga of the UT fan continues.
Christ.

This is unreal, either our players are undisciplined or refs wont let uga lose!

the ncaa couldn't possibly let tennessee take away a possible alabama vs uga matchup.
haven't called penalties all game...all of a sudden, the nazis show up?
ain't buying it.

They did not even show that penalty on vereen... very suspect

Snatching defeat from the jaws of victory since... Well...forever

There is no question. We are cursed.

No way to prove he lost it before he crossed the plane. No way that should be overturned.

Are you f***ing kidding me? I can't believe we will lose due to the cheating refs.

can someone please tell GA to quit whining about injuries. We've been shorthanded for the last 4 yrs.

I need a blunt

That dumb a$ rule is what fu(ked us out of this one.

NCAA and the TV Networks don't want an Alabama
vs. Vandy Sec Title game, ad that would cost millions of dollars. And Vegas dropping a 10 pt line? BULLLLLLLLLLLLLSHHHHHHHHHHHHHH. 4 penalties on the final series? BS...we all are suckers...
#Absolutely a racket and the new slavery...

say what you want but I guarantee you if GA had done the same thing they would have ruled it a TD and said he broke the plane before he lost the ball. GUARANTEED

If they win the east Bama will rape them. Handily. 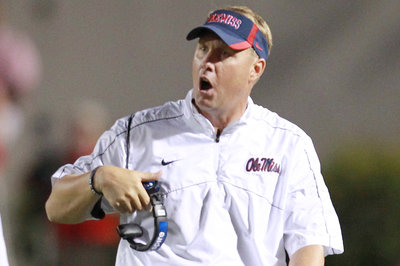 Who ever posted that thread about Bo not throwing an interception this season when he threw 17 last year, I fucking hate you.

It never fails. Get a little hope, some momentum, a solid positive outlook on the year? Yep, here comes the turd. Get ready for a high quality bed shitting.

Well goodbye Well Played Football. I thought you only took a vacation for the Alabama game, but it looks like you're gone for good. It was nice having you around for 3 games. WAOM.

How do you not throw an interception against Alabama...
...and not see that fucker waiting to pick six your ass in the flat?

/facepalm
Guess I can go put my stuff up and get my red and blue knitting out since that run is over.

Please Look on the Bright Side
At least now we don't have to worry about anybody trying to hire Hugh Freeze from under us.

I think something happened to Bo. He had to undergo surgery and it probably fucked him, he's nowhere near as good as he used to be.

WHY THE FUCK DO THEY KEEP PASSING
and having fucking Treadwell throw god damn balls. he is not a fucking QB

WE ARE OLE PISS. Not even Ole Miss. OLE FUCKING PISS

He is obviously an idiot. I hate him. I am not going to another game. This is pathetic. I want to punch our entire offense in the balls. I am emotional. I hate my life. You would think Bo Wallace had an IQ of 12. I would rather see Forrest Gump at QB. I want to burn my house down. I don't mean any of this.

Our entire team has taken a massive shit on the field
Our defense is playing awful, and the one play they make we go WAOM and give it right back to Auburn . Our receivers are dropping balls, our qb is sucking it up.

Pretty sure A LOT of this is Confidence. Alabama shattered it.

Sodomize? Rape with a bus? Think there's some equivalence there, but more than that, sounds like somebody's getting ready to try out for a theatrical role.

Why can't we win a fucking game that matters? I'm drunk, I want to sell my season tickets, and my dog thinks I'm crazy after that game. FDS which means fuck dis shit. So damn mad.

If I see 55 cam whigam
Crash down on a read option and let nick Marshall bust it around the end where he should be I'm going to lose my damn mind.. Where the fuck is Channing ward, he must be smoking crack and they are trying to get a point across. He has to be better than 55

How much longer do we have to put up with Bo, our o-line coach not having a starting line, and Hugh freeze thinking he's back in high school?? I feel like we won't win another sec game this year except maybe state or mizzou. Maybe. 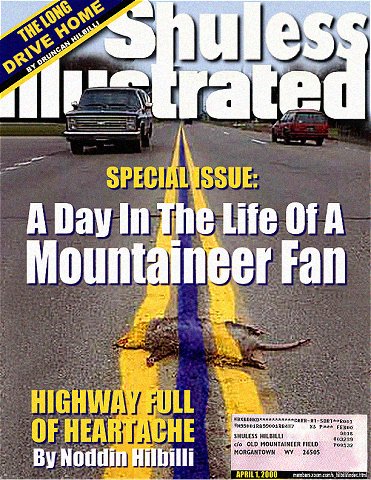 Woe is me. Baylor, keep running train. If the SEC gets to circlejerk an Alabama title like UK, Vandy and UMiss played a part in it then by god I'm going to ride the Baylor train till my dick bleeds.

A beer every time the score... Paramedics are on sipped dial

Baylor just called a time out to make sure they're all ready to score right now.

Jesus fucking christ Dana. the run up the middle will not work because our oline couldn't push a 4 year old girl down.

The announcers actually said something relevant for once... Offense needs the game time to work on going from diarrhea to solid turds.

Looking at the silver lining, at least we are playing on Fox Sports 1 so no one is watching.

I said it last week: our special teams is like an STD.

Holy fuck. I'm seriously resisting the urge to turn the tv off and pretend we're on a bye week. We're not even going to come close to competing. This is embarrassing.

It's time to drink myself into oblivion, and it isn't even the 2nd quarter.

oh for FUCK SAKE
they're not even talking about the fucking game anymore
they're bitching about their GODDAMN TAKEOUT FOOD
can we PLEASE have at least an appearance of professionalism Fox Sports announcers?
oh wait i FORGOT WHO I WAS TALKING TO
ASS BASTARD FUCK

MY GOD this Baylor team is fucking insane. What did we ever do to you guys? :(
Way to make an example of us. Now our defense is going to relapse, and I'm going to cry. I hope you're happy

MILLARD SHOULD NEVER SEE THE FIELD UNLESS WE ARE UP OR DOWN BY 70. So bring him in during the 4th quarter.

Give we are out talented as everyone says, how friggin long does this coaching staff get to aquire talent. If I am not mistaken Holgerson is in year 3 not year 2. ALL A BUNCH OF BULLSHIT EXCUSES!!!!!!

We stop them here and we can make a comeback. Or cover the spread. Or hold them to under 60 in the first half.

I think I realized tonight that I'm an emotional eater. I can't stop eating during this beatdown.

If I see those students and that douche bag in the pink hat chant "heisman" one more time, I'm ripping my TV off the wall.

Their fans looked like a bunch of white baptists trying to dance to "Jump Around."

We really should have prepared our ani. That was some Shawshank Andy Dufrain taken to the back of the kitchen treatment tonight. Glad I switched over to see my Oakland A's win a pitching duel 1-0. My anus was not prepared at all.

Well I appreciate the reminders. My anus is a wreck this morning because I believed all the chest thumping and didn't prep it for the maximum security prison style fiesta that was last night's game.