The Goalpost Goddess: A Salute to the Seniors – Deion Belue and Cade Foster

To help yourself, you must be yourself. Be the best that you can be. When you make a mistake, learn from it, pick yourself up and move on. ~ Dave Pelzer

Share All sharing options for: The Goalpost Goddess: A Salute to the Seniors – Deion Belue and Cade Foster

We are about to go into the final home game of the season.  Saturday against UT-Chattanooga will be Senior day.  Two of our players that deserve some props are Deion Belue and Cade Foster.  I find it hard to believe we're already going to be losing these guys.  I still can't believe Julio Jones is gone, as I can still picture his signing day interview in his yellow v-neck sweater, so to say goodbye to these two makes me feel older by the day.

Belue (#13) was a juco transfer from Northeast Mississippi Community College and in his first year in Tuscaloosa started all 14 games.  He totaled 40 tackles, two interceptions and a fumble return for a TD, broke up seven passes and forced a fumble during that first season.  In the 2012 Arkansas game alone he registered four tackles, broke up a pass, forced a fumble and had a tackle for a loss in the shutout victory in Fayetteville.

When Belue was coming out of high school from Deshler (Tuscumbia, Ala.) he was ranked as the No. 7 overall player in the state by the Tuscaloosa News and No. 16 in the Mobile Press-Register's Elite 18.  He recorded 70 tackles as a junior in 2008 with four interceptions - with two returned for touchdowns.

Belue has been touted because of his ability to go unnoticed in games.  As a cornerback that means the teams aren't throwing to his side.  By mid October he had emerged as our best cornerback and had a lock on the position.  For a team that had quite a tumultuous start this year, that's saying quite a bit.  He has battled injuries with hamstring and toe issues but has only missed one game in 2013.  Coach Saban helped this happen by limiting him during practice and pulling him early when games are out of reach for the opponent.

Coach Saban stated of Belue earlier in the 2013 season:

"He's the most experienced corner that we have," Saban said. "He struggles to stay healthy or he has struggled to stay healthy this year. We're hopeful he can stay healthy and be out there and play well on Saturdays. He's a great competitor. He does a really good job everyday. It's important to him, he works hard and he knows how to prepare for a game. His experience is valuable to where we are right now in terms of the secondary. It's really important that he can get out there and finish."

Cade Foster came to Tuscaloosa from Southlake, Texas (Southlake Carroll HS).  He was considered one of the top overall kicking athletes in the nation, ranked No. 11 nationwide by Rivals.com and No. 12 according to ESPNU.  Foster chose Bama over Colorad, Stanford, UCLA and Washington, and I can tell you I am TRULY happy that he did.  He came at a time when our kicking team/special teams were hurting and Foster's average kick offs have been between 62-65 yards per kick since he started in 2010.  He even recorded an assisted tackle on kickoff coverage against the National Championship Auburn Tigers in 2010.  Against Penn State that same year he averaged 67.2 yards on 5 kickoffs.

Foster was also listed as one of the Players of the Week after the game against Mississippi State.  He was one of five that represented the special teams.  For the 2013 season over all he has made 11 field goals, and 46 PATs.  His overall career has him splitting 24 uprights with 53 PATs for an overall total of 125 pts.  He set two career best records against Ole Miss.  He hit a personal best 53-yrd field goal and he accounted for all the first-half scoring with his three field goals.  He's the Tide's full-time kicker and so far this year he's shown that he deserves that spot.  He has been well worth the scholarship.

Both of these players will be quite missed next year.  I'm always sad to see a kicker go, especially one that earned his stripes and worked during the off season with Morten Andersen.  Let's hope that Adam Griffith (another scholarship kicker, redshirt freshman this year) will be ready to step up and fill Foster's shoes next year.  As far as who will replace Belue?  I can't even imagine, but then again we couldn't have imagined this season going as well as it has so far - and with Coach Saban looking at another No. 1 ranked recruiting class for 2014, one never knows who to expect in that spot next year.

I want to thank both of these wonderful young men for all their hard work while they've been at Bama.  The season isn't quite over yet, and I hope it doesn't end until January 6, 2014.  Yet, no matter the way it ends these players will be leaving us.  I only hope they have enjoyed their time at Alabama as much as I have enjoyed watching them.

And just for the ladies, I leave you with our last home game of the season's version of the RBR Beau - a very casual Mr. Anson Mount: 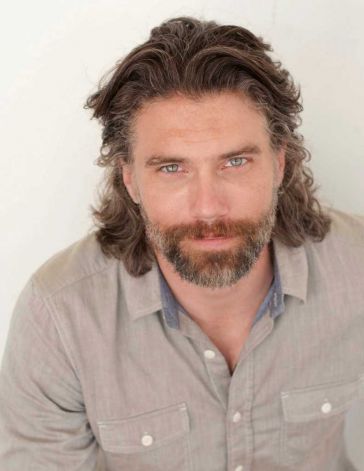 Laid back.... waiting for the next big game.  fosvia ww1.hdnux.com