Share All sharing options for: The Goalpost Goddess: Crimson Cringing and Celebrations

I know y'all have noticed my absence here since the "Disaster in the Pasture" as it has been pointed out to me in the twitter-verse. I just couldn't bring myself to read all the analysis about that game. I've read a few of the "open letters" and I agree with them for the most part but the passion had been sucked out of me until recently. You see, as some of you have read on Twitter and on my FanShot, AlabamaJammer asked me to become Mrs. AlabamaJammer and I said, "Yes!!" so that brought back some rational thought. Then I got an email from the company that is the OFFICIAL 2014 SUGAR BOWL tickets, hospitality and travel partner (Yes, all caps for a reason.)

I got this press release in the middle of the night one night when I was feeling especially sad about not being in the BCSNCG for the Crystal again this year and thought to myself, "Self, what ever could it hurt to approach them and ask them if they would be interested in my covering their offerings as the OFFICIAL 2014 SUGAR BOWL tickets, hospitality and travel partner as the sole female blogger for Roll Bama Roll and giving a little bit of a ‘tailgating GPG Style' twist?" So, I sent the email asking if there was any interest and there was. I got immediate interest from PrimeSport and the President Sam Soni even offered me two tickets to the VIP pre-game Hospitality!! Guess RBR and this girl is moving up in the world?!?

I'll be honest, I'm pretty excited about going to the game. The tickets are in hand and my VIP Tailgating passes are waiting for me at the gate the day of the game. I got to spend some time on the phone with Sam Soni from PrimeSport about the interest in the Sugar Bowl from the Oklahoma and Alabama fans this year (they've been the OFFICIAL PARTNER for four years) and he stated that while the official numbers aren't in yet, he has seen an estimated 41% increase in interest over last year's Sugar Bowl (I can't say I'm surprised though, Florida vs Louisville? does Louisville even travel well??)

My wonderful fiancé and I leave for Disneyworld on Friday with my daughter (Bammer, we're NOT missing a game because of it... but I don't blame you for the loss, I didn't give a HooDoo OR a Random 10 that week, I think there's a lot of us to blame) so there won't be much planning regarding the trip until Christmas. I'm really excited about my Row 34, Seat 15 & 16 tickets and my VIP Hospitality Tailgating experience that includes NoLa cuisine and and OPEN BAR (yep, y'all read that right, Roll Tide To THAT!!) I'm sure Twitter should be interesting that night.

"We are excited to offer Alabama and Oklahoma fans an opportunity to enhance their gameday with official PrimeSport VIP Hospitality at this year's Allstate Sugar Bowl," said Sam Soni, President and CEO of PrimeSport. "New Orleans is such a great city with a wonderful atmosphere for college football fans and we are proud to have the opportunity to provide those fans with the PrimeSport VIP Experience."

Mr. Anson Mount (along with Common) 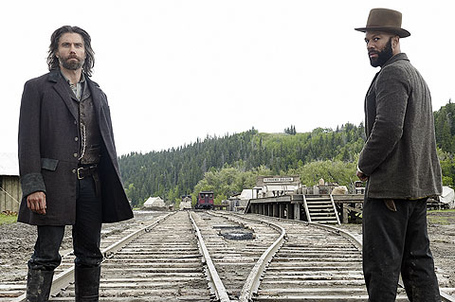