The Blue-Chippers just keep rolling in.

Laurence "Hootie" Jones made his verbal commitment to Alabama over LSU on Monday. This is excellent news for the Crimson Tide getting a quality safety at a position that is in serious need.

The 6-2 210 lbs defensive back spent a lot of time at cornerback at the high school level, but  projects as a safety at Alabama. He can cover like a corner but is also big and physical enough to play a sort of safety/linebacker hybrid type that can blitz or play in the box. He has great instincts and excels in covering zone or man-on-man.

If you have watched Alabama recruiting of late, you may have noticed that this big safety/linebacker position has become a point of emphasis for Nick Saban. This is likely to combat the increasing popularity of the Hurry-Up/No Huddle (HUNH) offense. Versatility is a priority in defending the HUNH.

Jones is rated 4 stars by most recruiting services with 247sports elevating him 5 stars. It is believed that he will be an early enrollee and should see time on the field immediately.

Alabama may be still looking for one more safety for the 2014 with the primary target being Ole Miss commit C.J. Hampton. The Alabama staff is very high on him and have been recruiting him very hard. Incidentally, Hampton and Jones have become good friends and may want to play together in college.

Jones represents the fourth commit out of the state of Louisiana and the third from the Monroe area to go with 5-star OT Cameron Robinson and 4-star WR Cameron Sims. Additionally, 4-star safety Ronnie Clark used to live in Monroe before his family moved to Calera, Alabama. All four of these young men are good friends and have committed to play football at the Capstone.

Jones becomes commitment number 23 for Alabama. Verbal commitments are non-binding. They only become official when a recruit signs a Letter-Of-Intent (LOI) and the school receives a copy.

(You may wonder how all these kids from different schools become friends. Most of them meet and play together at various camps and all-star games. They bond as teammates during these times and come to respect each other knowing they could potentially be future teammates in college.) 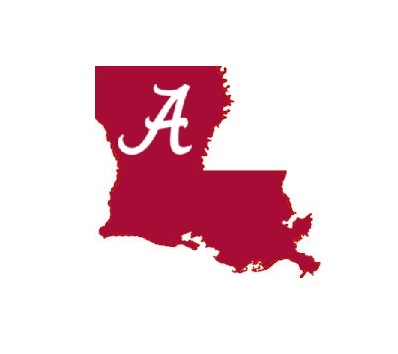