Gumption: About That NCAA Bylaw 16 Change...

When the NCAA changed its rule book, much was made of the difficulty facing some recruits, but changes to Bylaw 16 were long overdue.

Share All sharing options for: Gumption: About That NCAA Bylaw 16 Change...

By now the disappointment, surprises and elation of NSD 2013 have worn off, and as I write this on Tuesday and Wednesday evenings, it appears to have been another stellar class signed by Saban and the Alabama staff

Ed Note: We actually appear to be have signed the Number One overall class again. Success is a self-perpetuating phenomenon in college football.

With the conclusion of this season's fetishism over educational choices made by 17-18 year old kids, now seems as good a time as any to discuss the incoming NCAA Rule changes. Some make a great deal of sense, and, honestly, Emmert et al are to be lauded for trying to streamline an antiquated, cumbersome and baffling system. Still, despite the sweeping changes, only about 25 pages of the 500 page rule book are diminished --hardly anything to rustle the Lorax's jimmy. 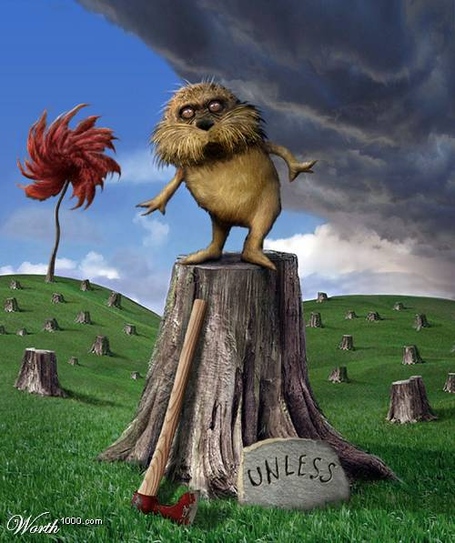 I think I'm at the wrong campus in Alabama...

A lot of these rules have already been covered by others, including the "baton rule" (limiting the number of coaches off-campus) and the "unlimited text" rule. This latter has as many defenders as it does detractors. Count me among the critics who believe that this will absolutely make life hell for these kids. Imagine how many calls or texts a guy like Derrick Henry or Reuben Foster could have gotten under the liberalized rules. Is the NCAA going to foot momma's bill for a burner phone?

The larger point is that the NCAA, aside from administrative convenience, actually took several steps to assist student-athletes and prospective student-athletes. These lesser-known reformations are of far more interest, and ultimately will be of greater benefit to the every-day student-athletes, than the admitted burdens placed on elite recruits.

Among the most drastic changes concern changes to Bylaw 16, the dread "impermissible benefits" rule. The changes to this rule, despite the NCAA's lip service to "not affecting the overall available benefits" are a definite step in the right direction. Most of the liberalizing impact of Bylaw 16 changes serve one function: To recognize the realities of modern athletes, para-professionals and the changing social/familial structure.

Here's what the NCAA, and the Board, approved:

Prop 16-5, which, by and large, changes the NCAA's restrictive definitions of family, and references to "spouse, parents, family members or children"...in toto. In its stead, the more inclusive term "family member" will be used (though defined) and certain benefits will be available to "family". That means that the family friend that raised your star wide receiver, the stepmom who took care of the three guard while dad was in jail, are "family", and can receive certain benefits such as tickets (or benefits can made available to the student based upon this family designation). This change is, pure and simple, a win for a great number of athletes and recognizes that we live in a post-nuclear family world

Prop 16-4 now permits students to receive assistance for routine, non-athletic medical care expenses that are not of a dire or life-threatening nature. Previously, such assistance was only available for life-threatening conditions. Interestingly enough, 16-4 does not just apply to the school; conferences, as well as the NCAA may establish benefits for these purposes. Whether this is a function of health care reform, or the NCAA recognizing the crippling costs of health care (even for healthy young adults), it is a vast improvement over "plague cart" health care previously available to student-athletes. Closely related is Prop 12-6, which will allow student-athletes and prospects to receive actual and necessary expenses for training, coaching, health insurance and governmental entity. The latter is almost certainly a function of health care exchanges and/or income-based health care delivery, as well as performance for National teams.

Pictured: NCAA ensuring no one receives a competitive advantage.

The changes embodied in Prop 16-7 are also commonsensical, and help engage student-athletes as members of their larger community. Schools may now provide assistance for practices and -importantly- appearances at non-competition events, such as goodwill tours. Goodwill tours and overseas or deployment-based visits have long been a staple of American sporting life, at least at the professional level. NFL teams and players routinely make visits (not to mention the USO tours of old, replete with Playboy deliveries). Nor are troop visits the only places where such sponsored goodwill makes sense. Who can forget that Kent State players made the trek to help Tuscaloosa following the April 2011 tornadoes? Think some kids at St. Jude's might want to be visited by Tennessee players or Arkansas guys? How about Barrett Jones helping in the wake of Haiti's disaster? This is good for the community, good for kids to give back, and good for the recipients of a moment they'll never forget while not imposing a financial burden on players or jeopardizing eligibility because of these "impermissible benefits."

Lastly, are a series of changes regarding amateurism, national teams and the ridiculous way that the NCAA treated Olympic-caliber athletes. I'll just call this the "Jeremy Bloom" rule. For those that don't recall, Jeremy Bloom was a wide receiver at Colorado, and one of the nation's most dynamic kick returners. Bloom also happened to be a world-class downhill skier. He was a 2002 Olympian, reigning world mogul champion in 2004, and was training to be in the 2006 Toronto games when the NCAA pulled the rug from beneath him.

Like all Olympians, Jeremy Bloom needed sponsors to defray the exorbitant costs of Olympic training. And, like all Olympians, he was sponsored by certain corporations. He was not receiving a salary or making ridiculous bank. He was literally paying for his training while also earning a degree at CU. The NCAA, in easily one of its most absurd decisions of the past 20 years, declared these sponsorships to violate amateurism rules as they constituted an impermissible benefit. Bloom had two choices: forfeit his athletic scholarship and quit playing football for the Buffs, or forsake the sponsorships and have inadequate resources to train for the Olympics. Never mind that both sources of funding were for amateur athletics. Never mind that both sources of funding were necessary for his education and representing the United States.

It took almost a decade, but finally the NCAA has rectified this egregious error. The rule book has literally been rewritten. Among the changes are:

All in all, many of the changes suggested by the Rules Working Group, and eventually approved by the Presidents, are humane and well-past due. I would have liked to have seen the Presidents and Working Group actually address the issue of student hunger square-on. This was an identified problem early in the process, but did not apparently make it off of the cutting room floor, despite the gravity of the problem, particularly in our region of the country.

We give the NCAA much grief for its arbitrary and capricious decisions regarding eligibility, infractions, investigations and the like. And this criticism is oft-warranted. However, when an institute so roundly criticized for turning a blind eye to students' needs finally tries to ease the burden, a little intellectual honesty also dictates that we praise them for their efforts, no matter how incremental they may be.

What changes, which would benefit student-athletes, would you most like to see?