Another installment of our shameless revelry in the misery of others. 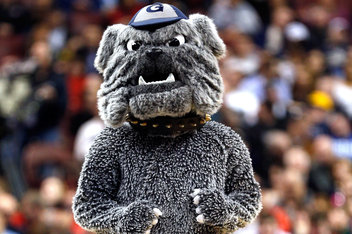 Okay FGCU, don't touch ANYONE.
Meanwhile, Thompson gets fucking clotheslined trying to possess the ball and no call? Fucking retarded.

ENOUGH OF THIS SHIT
WHERE THE FUCK IS OUR OFFENSE???

based on the boxscore
perhaps its better I can't find a working stream, or else I'd might drown myself in Bangkok's debauchery

porter's bed
officially has shit in it.

I'm too depressed to light myself on fire

My cell phone is now in 4 pieces
whats the most painless way to kill yourself? I'm thinking poison. But what's an easily available poison with a low LD50?

Hell is being a black person living in the sudan pre-2005
But yeah I'm probably going to kill myself shortly, so I'm not one to judge someone for getting upset about 1st world problems

turning it off now
I'm looking forward to a lively and spirited debated with the rest of you Hoya faithful about the future of this program and potential head coaches. for now, im going to take a long walk, maybe catch a movie, watch pornography, and apply for jobs.

Alright guys
I'm about to go make some very bad decisions. If you don't hear from me, and aren't enjoying my absence too much, check the morgue

I need to throttle back my enthusiasm. Life is too short to waste time on something stupid like getting emotionally invested in a game played by 18-22 year old kids.

And the model wife wasn't that hot.. another disappointment.

I'm going to throw up.

That was a record for white guy dunks in a game.

I like it. Florida Gulf Coast. Pretty snazzy. The Selection Committee is getting pretty good at this, maybe next year they can find a 13th or 14th seeded A&I or Polytechnic for Georgetown to lose to. Hyphenated names would be good too, like Bethune-Cookman. Are they hyphenated? I think they are

I think III drugs our players before first round games. It's the only explanation. 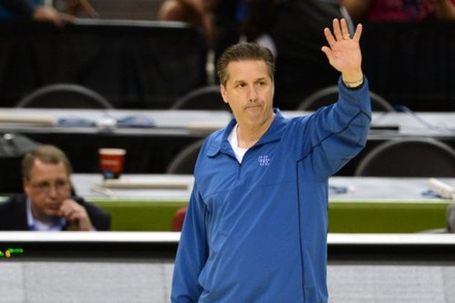 I bet ESPN wishes they had signed up for an entire season of All Access Kentucky. The national ratings to watch this team implode would have been MASSIVE!

Late march and its 40 degrees and the cats are losing in the nit. Way to ruin my favorite month, universe

These refs have been bought

WTF???
Come on! If I wanted to watch suck I would go turn on my vaccum cleaner!

My buddy just told me that after this tournament, Cal said he was going to sit down with each player individually and evaluate them. If he doesn't think they can cut, he's telling them to transfer. Anybody else heard anything like that? Edit: I think my buddy is full of shit.

I am an emotional wreck after that inbounds.

I'm ready to skip to the point where we pretend this season never existed and speak of it in hushed whispers when it is brought up.

Savior this moment, might be the last time you see 2 white guys on the court(at the same time) for Kentucky in awhile

59 years of following UK and this one takes it all. I've never seen such a bunch of dysfunctional, uncoachable, mortal F-ups.

Put this season in a brown paper bag, set it on fire and throw it on Tom Crean's porch. 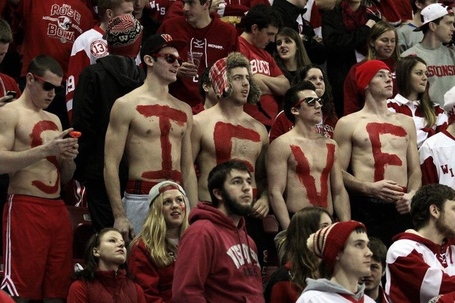 Berggren getting his manhood handed to him.

PLAY WITH SOME EMOTION! MY HIGH SCHOOL TEAM COULD BEAT YOU IDIOTS.

Game is not being called the same on both ends. There were some Russians in my hotel the morning, is this game fixed?

FK! Same shit we've seen from these seniors and Jackson all to often this season.
Just fucking lose and put us out of misery. PAH-LEASE!!! I really don't want to watch this team anymore. They have no idea who they are from one game to the next.

Game over. For realz. Sources.

This display of Shit definitely put a damper on my day. My 11 year old son stayed home from school today to watch (it was Movie day at school).....he's beside himself.

...and somewhere under the bleachers, Steve Kerr is fellating Marshall Henderson while he double-fists Coors Light.