Alabama is ranked No. 1 in the nation on the floor exercise, No. 2 on the vault, No. 3 on the beam; No. 7 on the uneven bars. #BuiltByBama

After sitting in fourth place after two rotations, the No. 3 Alabama gymnastics team scored a season-best 197.800 to take second place at the Southeastern Conference Championships held at Verizon Arena in Little Rock, Ark., Saturday night, just behind the No. 1 ranked Florida Gators. 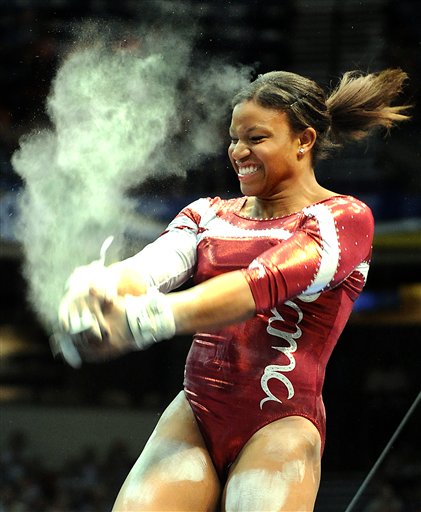 The Tide finished the meet with a score of 197.9, but took a one tenth deduction after Patterson discovered two UA gymnasts had gone out of order during the uneven bars rotation while reviewing the score sheet prior to signing off on it. She brought the matter to the attention of the meet referee who stated that it was up to the judges to take that deduction and they had not. Patterson however asked that the deduction be taken in the interest of fairness.

Yep, that's right... in a sport that literally comes down to hundredths of a point our coach just gave away a tenth. Their original score of 197.9 was their highest score of the season & the 2nd highest road score in the nation this season behind Florida's winning 198.0.

I know the girls have to be disappointed but from what I could tell on Saturday night they looked amazing and should be very proud of themselves. They finished second in the SEC ahead of all those other schools they have already competed against this year and some have even beaten them (Looking at you UGA). If I had been in Arkansas on Saturday I'd have been MORE proud of the fact that they managed to beat UGA by almost a half a point than disappointed by their loss to Florida by a tenth (or two tenths if you count the one that Coach Patterson gave back due to poor lining up skills).

During practice on Friday before the SEC Championships Ashley Sledge tweaked her back, and it was obvious during warm-ups on Saturday, that she could not go. Kaitlyn (Clark) stepped in to lead us off and did such a great job.

Alabama led off with a 49.400 on the uneven bars, led by senior Ashley Priess' 9.925. Junior Sarah DeMeo added a 9.9 while Beers and senior Becca Alexin both scored 9.875s. It was a new career-high for Beers while Priess, DeMeo 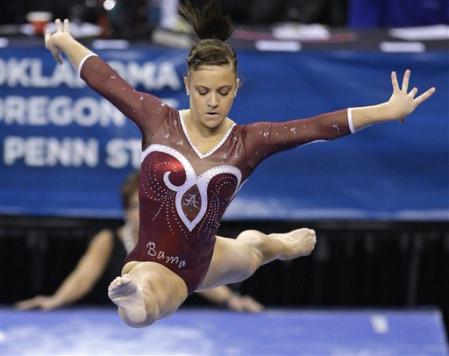 and Alexin all tied their career-best marks.

The Tide also posted a 49.4 on the balance beam, led by 9.925s from Williams and Jacob. It was a career-best score for Williams. Priess finished off the Tide's rotation with a 9.875 while sophomore Kaitlyn Clark scored added a 9.85.

Alabama combined for a season-high 49.550 on the floor exercise, led by Milliner's 9.95, which tied for first place overall. Jacob scored a 9.925 while Beers added a 9.9, tying her career best. Priess also scored a 9.9, her season-best while sophomore Lora Leigh Frost added a season-best of her own, going 9.875

With the top three teams within a tenth of each other going into the final rotation, Alabama scored a season-best 49.550 on the vault to pull ahead of LSU. The Tide was paced on the vault by a 9.975 from sophomore Kayla Williams and a 9.925 from junior Diandra Milliner. Senior Marissa Gutierrez returned to the Tide's lineup after spraining her ankle a month ago at Arkansas, scoring a 9.9 to secure the Tide's second place finish.

Our girls get to take a "week off" from meets to get ready to host five other teams in Tuscaloosa on April 6. We're going into the "Tuscaloosa Regional" with a No. 1 seed and the RQS has made for some interesting regional meet divisions that places UGA and Arky having their "Regional" meet in Oregon this year (see what I mean by pixie dust and magic 8 balls?). 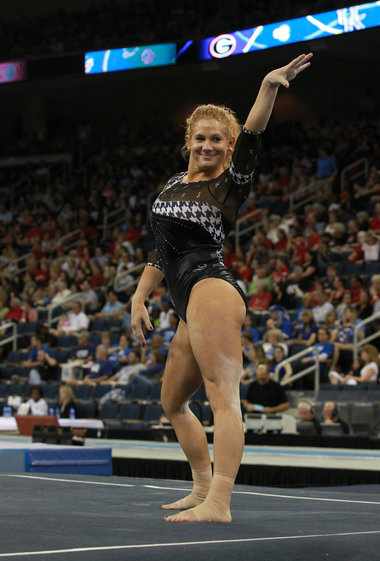 I'll be back next week with a preview and some information regarding each of the 6 regional competitions. If anyone has any suggestions or questions about what we might be able to speak about next week post in the comments, otherwise I hope to be able to speak with Coach Patterson and have an interview with her either immediately before the regionals or right after.

Thank you to everyone who has been with me through the whole season! I hope to see a few of you in Tuscaloosa at the Regional Championships, until then: