"For the University of Alabama the goal is always to be on the floor the last night of the season with an opportunity to win the national championship," Patterson said. "So for us to be moving forward ... we are ecstatic." 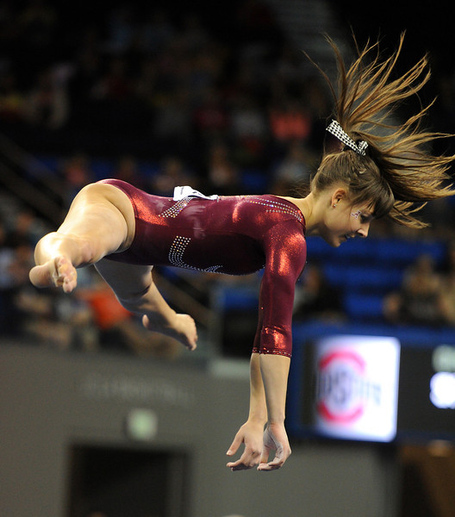 I believe she can fly via www.smugmug.com

Through three rotations, Alabama was the only team score 9.8 or better for every routine. Scores were very tight last night as Alabama started the fifth rotation on the floor exercise. 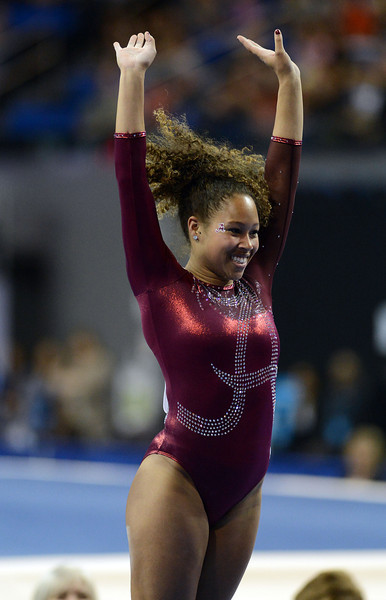 Junior Diandra Milliner's 9.95 on the floor exercise was the highest score of either session on the floor.

The NCAA Super Six Team Finals get underway Saturday at 4 p.m. PDT in the New Pauley Pavilion on the UCLA campus. Alabama will start the 2013 Super Six Team Finals on a bye before opening on the floor exercise. The SEC is well represented in the Super Six, I can't wait to cheer on the girls this evening... They'll be competing with Oklahoma and Michigan from their session & from the first session LSU, Florida and UGA. Thank you all for your support and until this evening,