The Greatest Player of the Saban Era, Round 1, Match 1: Julio Jones vs. Courtney Upshaw

Share All sharing options for: The Greatest Player of the Saban Era, Round 1, Match 1: Julio Jones vs. Courtney Upshaw

"I must have a prodigious amount of mind; it takes me as much as a week, sometimes, to make it up!" 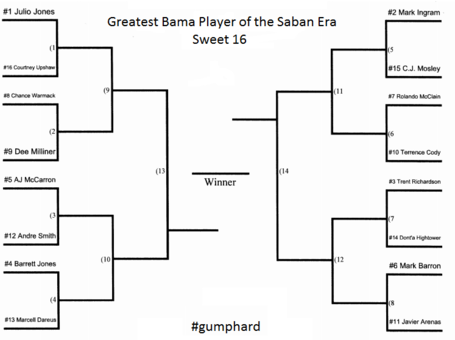 This week, all stats come from wwww.sports-reference.com. All Alabama Records come from the 2012 Alabama Football Record Book. (I understand that some of these records will have changed after the 2012 season.) 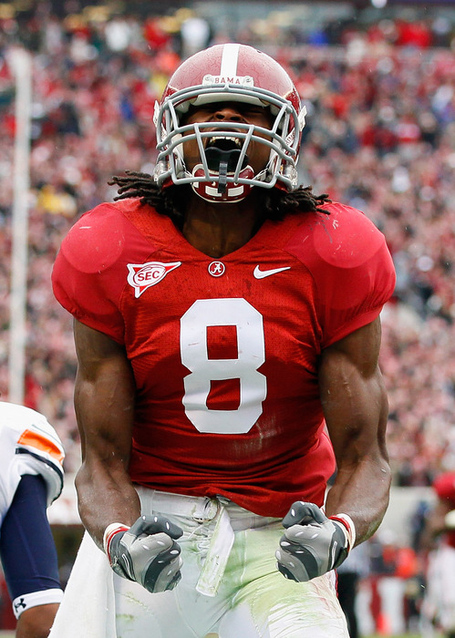 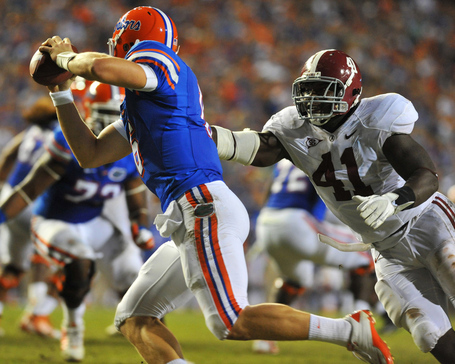