Last year's defense was clearly good enough for the team to be crowned national champion, but would you classify them as "elite"?

Share All sharing options for: Poll: Was the 2012 Bama Defense "elite"?

A few days ago, a debate broke out in the comments over at ATVS regarding how good the 2012 defense actually was. It seemed that the general consensus among most of those involved was that the '12 defense was good, but not worthy of being called "elite". 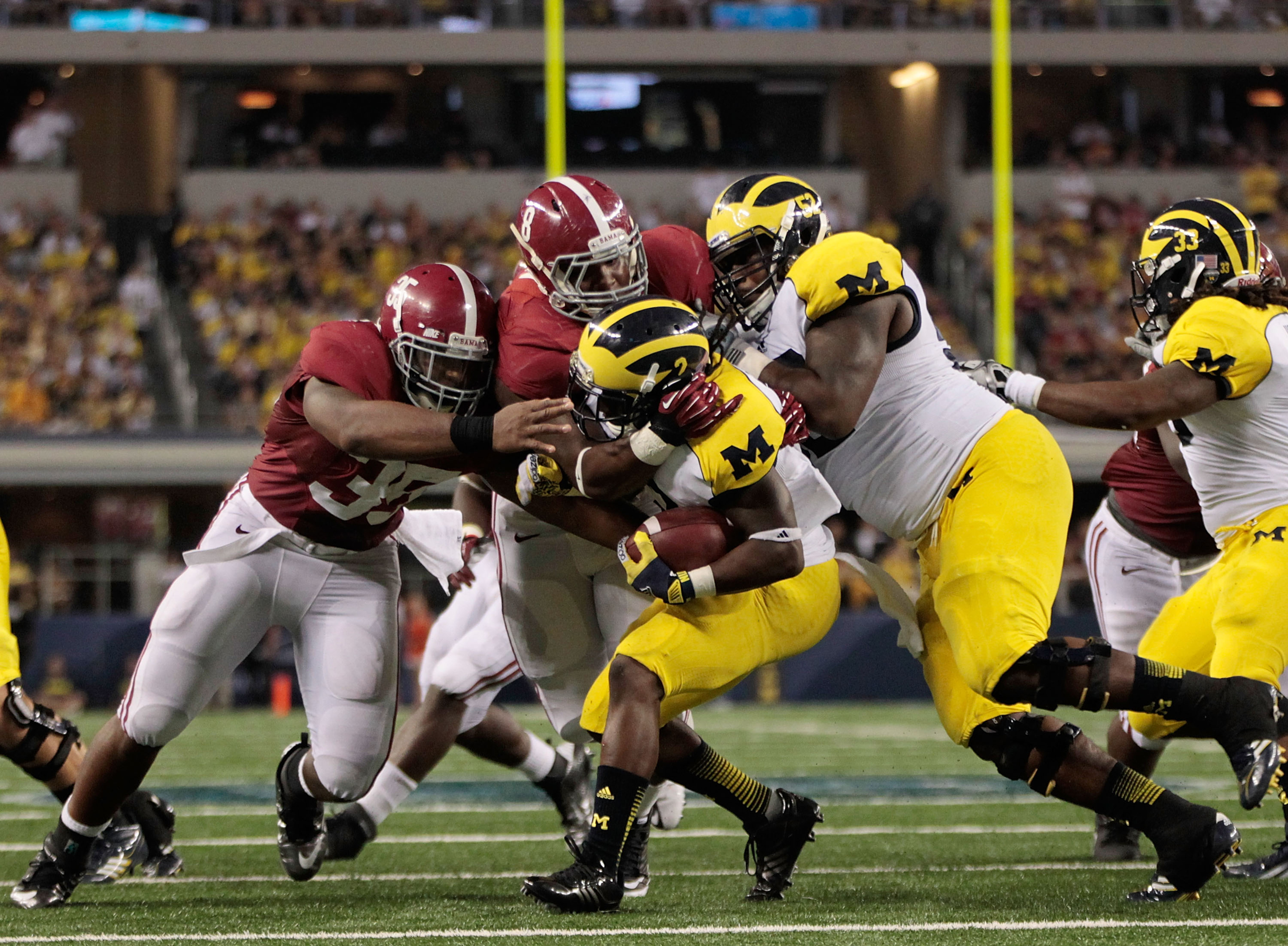 My personal opinion? While the '12 defense was a step down from the '11 defense, it was still plenty good enough to be counted among the upper echelon of the "elite" defenses of the recent past. When I discovered that this opinion wasn't shared even among some of the Bama faithful, I began to wonder how the fan base as a whole felt about the defense most recently fielded by Bama.

To start things off, let's take a look at some raw statistics. We've covered these stats in a broader analysis a couple weeks ago here, but for the sake of simplicity, I've chopped the numbers down to a few of the more relevant metrics and eliminated all the other years:

Now, it's obvious that the 2011 defense was the better defense. There's nothing to be gained in trying to debate this fact. The question at hand as I see it, though, is "if the 2011 defense did not exist as a measuring stick, would the 2012 defense be widely considered 'elite'?" In my opinion, I don't think there's any question that the reputation of the '12 defense suffers as a result of the marks set in the year prior.

Moving on to the data, the best place to start is with scoring defense. In this metric, the '12 defense put up the fourth best mark of any squad in college football in the past seven years (number one was obviously Bama '11) (SOURCE). Chalk one up for "elite".

When looking at rushing defense, the stats over the last two years are nearly (if not exactly) identical. Considering how stingy the '11 defense was, this is a monumental achievement. I won't bother analyzing this point further, since the '12 unit effectively being tied with the gold standard should speak loudly enough. At this point, it looks like "elite" is batting a thousand (to borrow a term from a woefully less exciting sport).

In the last portion of raw data analysis, we'll take a look at pass defense, where there is a clear advantage favoring the '11 unit. Nationally, the '12 defense came in at a respectable, though not awe-inspiring, 7th in the country in both passer ratings and passing yards per game. Strike one against "elite".

One major flaw in looking at raw stats is that it doesn't account for schedule strength (or lack thereof). To address this shortcoming, we can look at advanced statistics. The site we'll be using (Football Outsiders) uses two different calculations that combine to form the F/+ ratings. 2011's defensive F/+ rating was +37.1% and 2012's defensive F/+ rating was only +27.8%. That nearly 10% differential is absolutely massive in context. In this metric, just as with the earlier ones, though, simply measuring against Bama '11 is insufficient. This is because going back to 2007 (when the defensive F/+ ratings started), no team other than the Bama '11 has even hit 30%. What team had the second highest ranking in that period? Well it is a tie between Bama '12, and LSU '11. I wonder if the average fan would tend to consider LSU '11 "elite"? 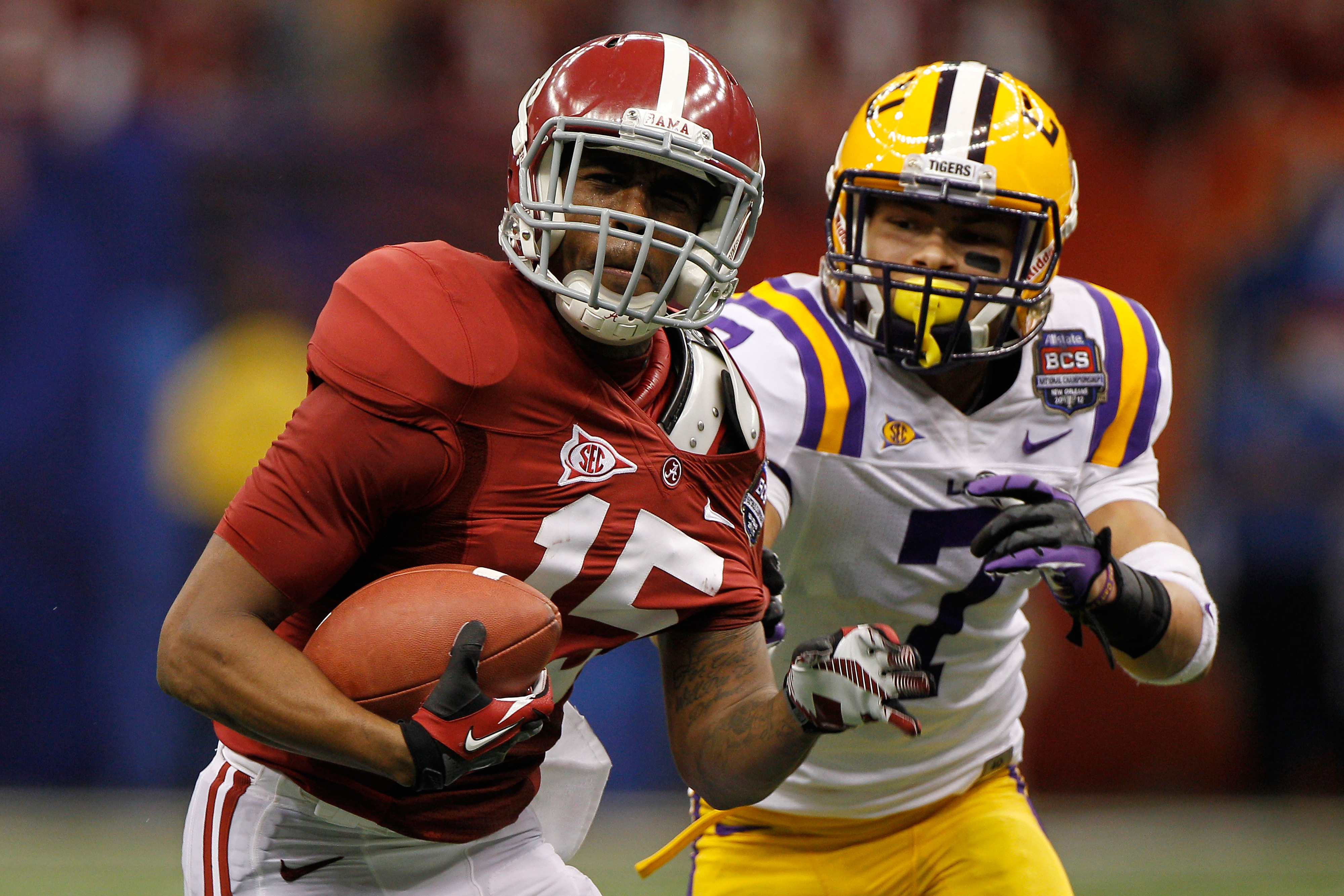 Conflicting evidence will be ignored

Now, I started out this piece by revealing my bias. And in truth, I probably wrote it in a way that was meant to lead the reader to conclude that the 2012 defense was "elite". But that's kind of an important fact in and of itself. If the 2012 defense was truly the elite unit that I think it was, would the average fan really need hundreds of words and a number of charts to convince them of this fact?

So, now I ask you: what is your take on the 2012 defense? Were they good enough to be classified as "elite"? What is your personal threshold for that lofty status?

Answer in the poll below, then chime in to tell us why you voted the way you did.