Share All sharing options for: Top Plays of the 2012 National Title Season: Milliner INT Against Michigan vs Final Play of SEC Champ Game 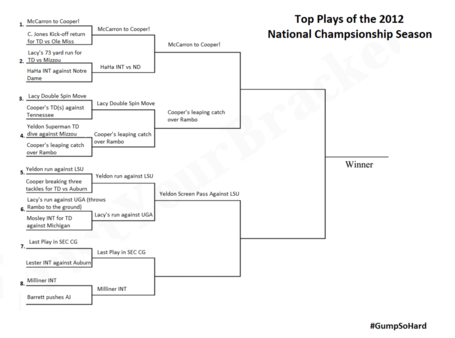