The USA Today Coaches Poll will be released in just under a hour!

Share All sharing options for: Top Plays of the Alabama 2012 National Title Season: The Final Four

The Set-up: The Final Four

Here...we...go! After two rounds and a month of voting we are officially down to the top four plays of the 2012 National Title Season! Today and tomorrow will decide who makes the finale and Monday morning we will crown a victor. 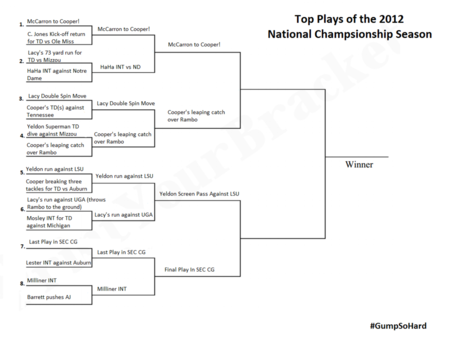