Because it's tradition and the football gods demand it, that's why.

For those of you who are new to RBR, each year (since 2007 I believe) Roll 'Bama Roll has awarded one lucky lady the title of RBR Sweetheart.

Who is this Sweetheart you say? Well, she is a goddess of sorts and has seen our Crimson Tide through the good and the bad. Some have brought us championships and others heartbreak. The Sweetheart is a spokewoman for the site and is "offered" up to the football gods each and every Friday (along with our own embarrassing admissions) in hopes for a favorable outcome. (aka a W)

Past sweethearts include (and are not limited to) the infamous Katherine McPhee, Brittany Snow, Emma Stone, Laura Vandervoort, Camilla Belle, and last year's Freida Pinto.

And if you think this is just about any hot girl on the internet you are greatly mistaken. THERE ARE RULES.

1. She CANNOT be married.

2. She CANNOT be engaged.

3. She has to be "Sweet". No known history of drug abuse or porno's. Think "A girl you would take home to mamma".

FYI, the photoshopped picture of the hot blonde in a super short tank top that nearly shows off her bewbs is not a sweetheart. Actually, she's been around the SEC block a time or 14. She's the Jenna Jameson of SEC hot girls.

How Will This All Work?

In the early years Todd would nominate his own list of Sweethearts and let RBR choose our favorite. After a few years that turned into Todd disregarding our choice and choosing his own and eventually RBR had no say in the matter whatsoever. Well that's not how things will be done this year.

This week you, the RBR commentariat , will nominate your choice (via pictures/names) in the comments below (no nude shots, obviously).  Once we have viable options who meet the above criteria, the first round will be this Thursday (8/15) which will decide the top four. The second round will be next Thursday (8/22) and the top two move on to the final round on Monday 8/26. Finally, the official 2013 RBR Sweetheart will make her first appearance in the inaugural Hoodoo thread on Friday August 30th. The power is back in the hands of you, the RBR faithful.

And as always my official Nomination is... 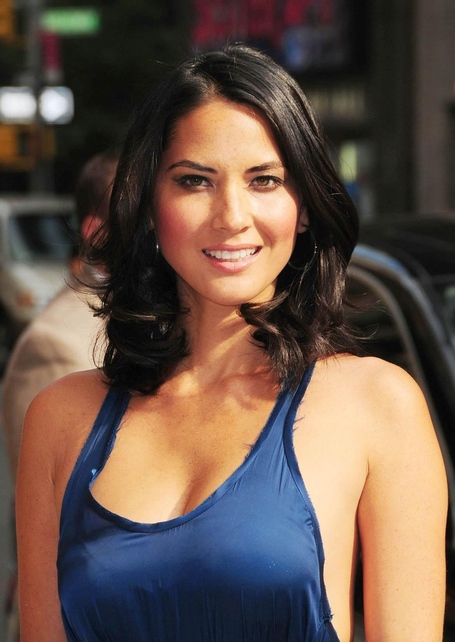 BTW, typically, the ladies of the site nominate their own RBR Beefcake...I'll let you ladies handle that on you own :)