The Goalpost Goddess: A Look at Perception

Perception is an interesting thing. Look at something from a different height, or with a different light, and you'll see things that others might miss.

Share All sharing options for: The Goalpost Goddess: A Look at Perception

Too often, we don't consider how our own lenses can color what we see. So just know that this piece is being authored at a time when family life has knocked me for a loop, and I scramble at the last minute to bring this to the RBR faithful. Fortunately, I don't know that it will matter that much, because there aren't many angles to what al.com thinks about what women know about football in the great state of Alabama.

On Tuesday PBCrook tweeted me with a link to the fanshot in which he had posted a link directly to the article about the NFL ProBowl sponsored event "Girls of Fall: A night of Food, Fashion and Football." This event supposedly caters to women who have no real knowledge of football, and hosts an open Q & A for everyone in attendance to gain better knowledge of the game and common terms that can be "perplexing."

The piece previews a women's "clinic" sponsored by the Senior Bowl in conjunction with Al.com. This is the initial opening to the article:

"Football can be a confusing and often vexing concept, especially for women. To the uninitiated it appears to be a swirling mass off big-bodied young men flying about a field, trying to wrestle an odd-shaped ball from a bunch of other muscle-bound men. It is four-hours of yelling and screaming running about in frenzy of color and pageantry.

Well, there is one thing that women understand about the game of football and all the hoopla that goes with it and that is the actual game is a good excuse for a party. And every party, regardless of the setting, needs a good menu to keep the party going."

Within the fifteen minutes that I was sent the link and the time I made it to the article, the comment section had already blown up with angry women stating that the article author was misogynistic and that it is a crying shame that AL.com should know their audience.  Some of the comments were humorous, some were flat out angry. 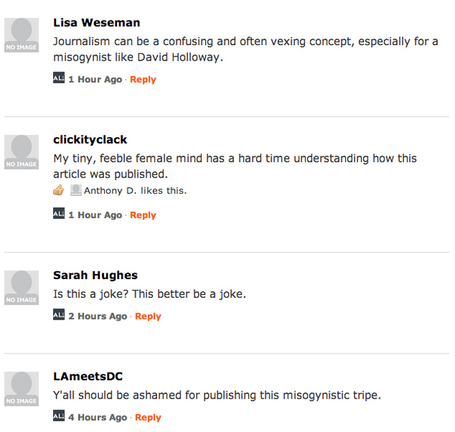 The author responded, saying the article had been edited in response to feedback. 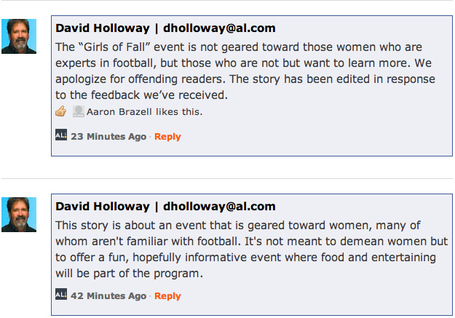 We at RBR decided to start the Goalpost Goddess posts every week to engage the female audience, not inflame them. It amazed me that the only response that AL.com even gave was a back-pedaling apology regarding how they didn't mean to be offensive, when three-quarters of the women in the state of Alabama would sell their first born for tickets on the 50 yard line of the Iron Bowl.

Also, I personally want to take the time to thank all of you for being so supportive to me while my father was in the hospital this week. I've been off my game because of it but I know that you guys had my back.  Much love to all of you, it's things like this that do help put things into perspective.

Don't think I forgot the irony that is our RBR Beau: 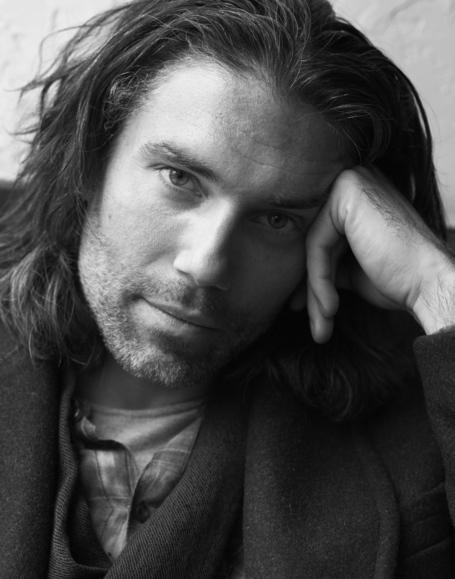 "This story has been edited to remove incorrect and offensive assumptions about women and football. We apologize for the error in judgment." Nah, Not really