Could This Be Alabama's Best Team Ever?

Share All sharing options for: Could This Be Alabama's Best Team Ever?

Back in February, I wrote an article asking whether this recruiting class was Saban's best ever at Alabama.  I answered the question with a resounding yes.  Today I'm here to ask whether the 2013 Crimson Tide football team will be Saban's best ever at Alabama, or even (gasp) the best team to ever wear the crimson.  And I'll tell y'all right now, the answer is a resounding maybe.

It starts with a 5th-year senior quarterback with solid NFL talent.  This is AJ McCarron’s third year as a starter, and with the will of God, higher powers, Lady Luck, The Flying Spaghetti Monster or what have you, it will be the third BCS national champ AJ has piloted.

Those championships are not all a coincidence either, mind you.  McCarron led the nation in passing efficiency last year with a gaudy 175.6 rating, and his 1.73% career interception percentage clocks in as the third-lowest in NCAA history - just a wee squidgeon of improvement will slip him pass Texas Tech’s Graham Harrell’s career 1.69% into second place, although leader Billy Volek of Fresno State’s 1.28% is not in trouble).

It’s also worth nothing that AJ played easily his best game of the 2011 season in the BCS National Championship game against Baton Rouge—and then, in 2012, he played easily etc. etc. against Notre Dame.  Coincidence?  Or big-time big-game QB?  You make the call.

If you thought we had reason for optimism at quarterback, just check this out.  At running back, we have:

One of the top returning tailbacks nationally, a pre-season first-string All-American in some polls;

Two experienced backups who would start or get a lot of playing time on most teams; and

And how many of y’all think this is the best group of wide receivers who have ever worn crimson jerseys and played in Tuscaloosa?  Everybody?  I hope so.  Because if you don’t think that, then wake up.  Bama has never had a group even in this ballpark, so enjoy ‘em while they’re here.

Just two years ago our returning star wideouts were Marquis Maze and Darius Hanks.  All props to those crimson bros, but we've come a long, long way, baby.

And maybe we do.  The guy in the picture is one of the best we've ever had and will finally get to show it full time.  Add in Adrian Hubbard, Trey DePriest, Reggie Ragland, Reuben Foster, Tana Patrick and Dillon Lee and you have a group that is beyond special, both in talent at the top and in depth, and they're coached up, too.

[Disclaimer: I didn't leave jack out by accident.  Just my opinion, but I don't consider a Bama jack to be a linebacker.]

Oh, and in case you're worried about any aspect of the defense?  Don't be.

Alabama has recruited at a whole ‘nother level ever since the Dark Lord stepped onto the Tuscaloosa tarmac that sunny afternoon in January 2007.  But this year's crop is the best he has ever had.

We've already talked about the fantastic running back haul, the deepest collection of stud high school running backs I have ever seen ink with the same school.  But we weren't that far behind at DL.  A-Shawn Robinson, Jonathan Allen and Dee Liner are the three highest-rated high school defensive linemen Saban has inked at Alabama.  All three have earned praise from the head man during August practices, and Robinson and Allen made it onto the two-deep.

As often as not, freshmen aren't playing like freshmen by the end of the year.  If that holds true for us in 2012, our DL might just crank up to a previously unseen level by the time those youngsters get their Division I-A legs under them.  (I still refuse to use the term "FBS" which, by the way, and of course, is about to become completely obsolete.)

Little more need be said.  I led the optimism with AJ; I lead the pessimism with AJ.  We have so much talent that, if AJ goes down, we still could have a hair of a possibility of scratching and fighting and gutting our way to a third straight national championship - but probably not, and there would be no chance at all of becoming what this column is about, Alabama's best team ever.

We won't know AJ has gone the season and stayed healthy until the season is over.  If we know that then, I dare say we'll also know that we have threepeated.  Simple as that.

These are the saddest of possible words: Chance Warmack, D.J. Fluker and Barrett Jones.

There's no getting around this, and it's very bad news.  Bad enough to cast a shadow on all those reasons for optimism - if we returned 94 games started on our OL this year, then really, nobody could touch us and an article asking the question this one does wouldn't be wildly premature.  (Not to say this one is.  What do y'all think?)

I'm not sure if there is any single stat that is more important for predicting a team's season than returning starts on the OL, not even returning lettermen, overall returning starters, or returning two-deepers.  But as crucial as it usually is, occasionally a green OL gels and delivers top play.

We should have a really good clue within three games or so of whether that is happening.  If it does, and AJ remains upright, then . . .

These will go off (via cdn0.sbnation.com)

And we'll check this guy's counting skills (via cdn0.sbnation.com) 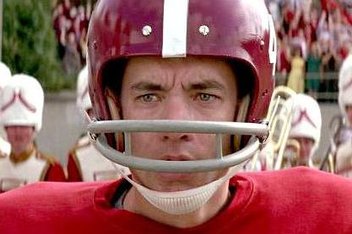