Alabama has played two teams that are complete opposites of each other, which is reflected in how drastic our stats changed from game one to two.(see below) Playing CSU should help in padding our stats, especially on defense. The 420 yards allowed per game, 26 points per game, 158 rushing yards, 261 yards passing per game (up from 59) and the 4.8 yards per rush doesn't exactly look like the typical Alabama defensive stats we've come to expect.

The Alabama defense has already given up 52 points this season. (Note: it wasn't until mid October in 2012 when they gave up that many points.) As many of you have pointed out, Alabama opponents in 2012 especially on offense, were so terrible that the defense wasn't truly tested until LSU. Still 52 points is a little worrisome given that Ole Miss, who is averaging 38 points a game, is just on the horizon.

On offense the numbers look much improved after facing a bad A&M defense. BTW, Va Tech's D is currently ranked 2nd in the nation in total defense. (Bama is ranked 86th) 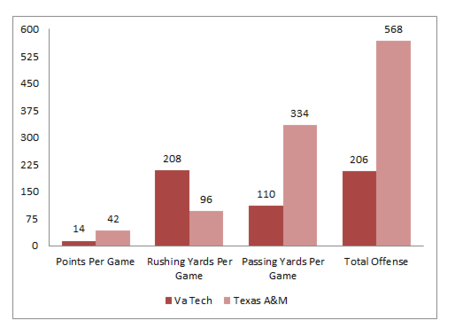 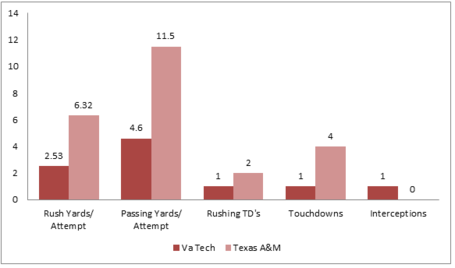 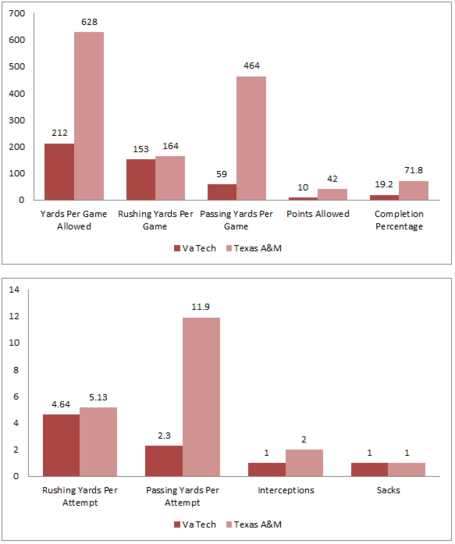 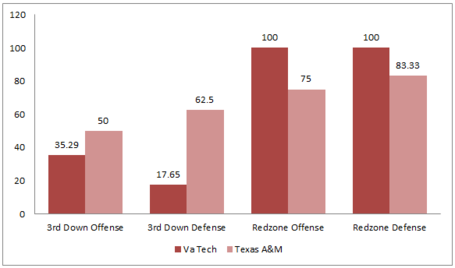