Stats won't tell you everything but they sure do make you feel nervous.

Share All sharing options for: Stat Tracking the Alabama 2013 Season

If you are firm believer that stats tell the entire or at least part of the story and can be used to predict outcomes of future events, you may want to avert your eyes. There is no cute or non-gump way to put this: On paper, Alabama looks awful.

Neither the offense nor defense rank near the top of any meaningful category. As you will see below, for the majority of offensive groupings, Alabama ranks near the bottom and at best the middle of the pack. Areas where 'Bama use to dominate or at least excel (Rushing yards per game, Rushing yards per attempt, 3rd down conversion) are now woeful weaknesses.

The lone bright spot would be the passing game which ranks in the top 3rd of most categories. If you would have told 'Bama fans that the A&M game would statistically be Alabama's best game of the season offensively, we probably would have called you a damn gump..

As with the defensive stats, upcoming cupcakes should help in padding the stats but I won't be holding my breath ::cough CSU cough:: The good news is that we've already played A&M and we won't face another high powered offense until....Ole Miss? LSU?

Defensively, things don't fair all that much better. The A&M game set back our defense four-five years games. We probably won't see any Alabama like defensive numbers until after the Kentucky, Ga State, Arkansas, and Tennessee stretch. And depending on how the defense performs against Ole Miss, we may not see these numbers increase or decrease (respectfully) all year.

The long TD run by Va Tech and the Johnny Manziel scrambles will skew the rushing yards per attempt number for a few more games and that number should improve as the season progresses. That is unless we give up a ton of yards against the Black Bears.

They've got a long way to go, you guys. 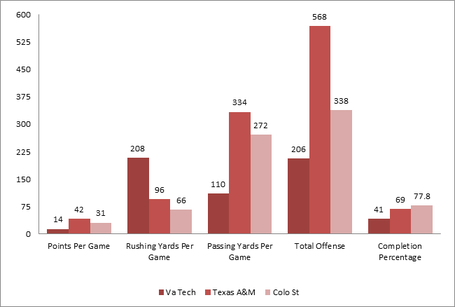 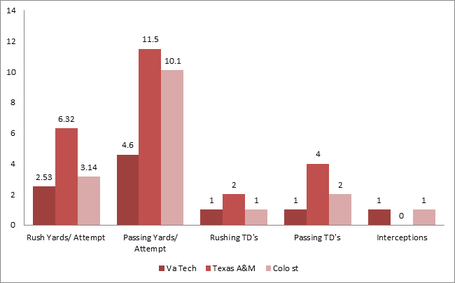 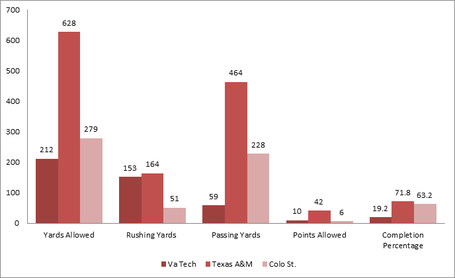 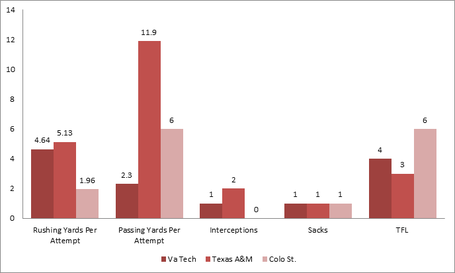 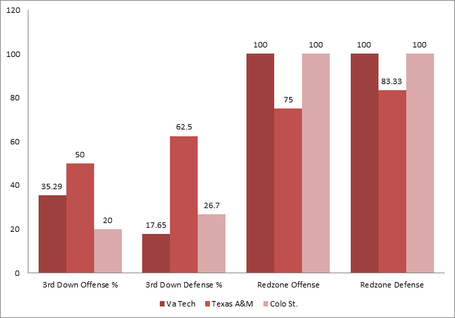