Are You Not Entertained: Week 5

As usual, bet on the terrible games and watch the good ones...

Share All sharing options for: Are You Not Entertained: Week 5

There is an evil trend emerging in the country. I'm talking about the desperation cover. One need look no further than last gasps by Tennessee and Auburn to make the score look more respectable and get alums some cash in their pocket if not a "W" on the scoreboard. You losers need to stop doing that, m'kay? Take your beating like a man, and let the chalk ride.

RE Vandy @ UMass: Crispus Attucks takes one for the team, as UMass covers.

RE: Oregon v. Tennessee: Oregon is going to torture the Vols

RE: Texas @ K. State: everything about Texas football makes me vomit in my mouth at this point. EMAW. (ed note: I now believe that everyone in the B12 is potentially horrible).

RE: UGA v. No. Texas: Evil Richt uncorks one of his 56-3(ish) type beatings at home against overmatched opponents.

Boise -28 v. So. Miss: One day, maybe soon, Southern Miss will win a game. 3000 miles from home, on the Smurf Turf, at 10:30 CST, is not that game. Remember when this would have been a good matuchup? No such luck this time, as Southern Miss plays the role of WACtion (RIP) patsy.

Houston -3 @ UTSA: This may turn out to be one of the better games of the week. The line on this one seems about right, as UT-SA is a lot better than you think. But, with wins over Rice and Temple on the road, and playing defense -of sorts, Houston should win by a score or two.

Miami -19 @ USF: I guess the oddsmakers are counting on Jim Leavitt emerging from the halftime locker room and choking out Duke Johnson. Short of that, there is no reason to suspect that the Bulls can keep up with the ‘Canes. All about Da' []_[] 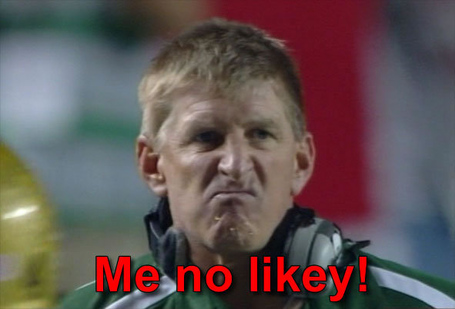 Oklahoma -3.5 @ Notre Dame: Someone is about to get deflated in grand style. If there are officiating shenanigans in South Bend (as are want to happen), don't expect Bell to go downfield: He'll just plow over people. Notre Dame does not want to get into a shootout here, but I suspect that'll happen, at least on one side: Sooners begin the Irish's downward spiral.

Cal +39 @ Oregon: I can easily see Cal losing by elebenty gabillion points, as their defense makes 2012 Auburn look like the '85 Bears. But, I can also see the Ducks getting gassed enough with the speed and aggression of Dykes' team to give up a lot of cheap scores. DAT and Mariota have huge games, and the Ducks get the route, but don't cover. Whatever the Over is, take it.

NCSU -24 v. Cent. Mich.: Shane Doeren came from NIU, he knows how to beat a bad MAC team. Cent. Mich. is a very very horribad team, and NCSU has more talent across the board than those Huskies' teams. This will be a smackdown. AHOOOOWWOOOOOOOOO. Wolf Pack big. 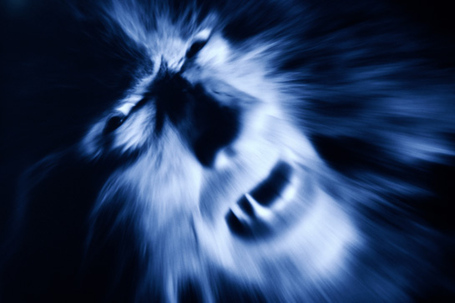