The Goalpost Goddess: Get UP!!

“If a man is a quitter, I’d rather find out in practice than in a game. I ask for all a player has so I’ll know later what I can expect.” ~ Paul “Bear” Bryant

Share All sharing options for: The Goalpost Goddess: Get UP!!

Saturday night I was expecting electricity, I got barely a spark to light a flame. The Alabama Crimson Tide had last taken the field in front of their fans in Miami at the BCSNCCG to stomp the Notre Dame Golden Domers into the turf of the Orange Bowl. One would hope that the anticipation of welcoming the reigning National Champions back onto the field would have caused our fans to be bursting at the seams by the time the opportunity to stand and shout a rousing "Rolllllllllllll Tide, Roll!" at kick off or after a scoring rush for 2 yards by T.J. Yeldon. Instead, I found myself standing alone, turning to the people around me, waving my arms around like a wounded penguin...

When Cade Foster lined up to kick off after our second TD no one stood or barely even joined in with the traditional "Roooolllllllllllll TIDE, Roll!" and I voiced my distaste to those around me. It was as if I had just watched a group of entitled fans realize we had won the game before the first quarter was even over & they saw no need to participate. They might as well have been watching the game from home. When Trey Edmunds ran 77 yrds for a TD, I turned to those SAME fans that had laughed at me in my crazed animation and shouted, "Do you SEE what Y'ALL did?" The ones directly around me were standing during the kick from VT. But by the time Vinnie Sunseri had scooped up that interception in that next possession, they were already back in their seats.

This all reminds me too well of the quote above from Coach Bryant. While the VT game was not practice, it was OUR first chance as fans to show Coach what we have & I believe we let him down. Now he & the players know what to expect. I hope, just as I hope the offensive line performs better against A&M, that our fans that travel to College Station will Get UP and cheer so loudly that A&M won't know what hit them.

If you don't know the cheers, fake it. You'll eventually learn them. Coach Saban told us a few seasons back:

"When Saturday comes, you've got, how many, 40 hours to get ready to get us pumped up with your energy and enthusiasm and emotion that you create as fans," Saban said. "And that's every ass in every seat for the whole game."

During that same interview he went on to tell US, as fans, that WE could affect the game. He expects his players to compete for the entire game & he expects the same of the fans. He made comments regarding bathroom breaks and hotdogs. If CNS can make it through 60 minutes of play plus halftime locker room ass chewings... I mean, coaching... on nothing but a Little Debbie, then by G-d, we can get our butts in the seats, keep them in the stadium from start to finish AND stand UP and yell for that team that is playing their hearts out.

I, for one, am glad I got to see how our fans behave at a game these days. It just means I now know what level of fanaticism is expected from ME from CNS in order to help carry our team to another National Championship instead of sitting idly by and expecting them to bring one to us.

It was suggested that I come to y'all with the cheers, music, lyrics & traditions. Now you can no longer say you do not know them, you do not have access to them, you must practice them and be ready. It is all a part of The Process©.

Yea, Alabama! Drown 'em Tide!
Every Bama Man's behind you, hit your stride!
Go teach the Bulldogs to behave!
Send the Yellow Jackets to a Watery Grave!
And if a man starts to weaken, that's his shame:
For Bama's pluck and grit have writ her name in Crimson Flame.
Fight on! Fight on! Fight on, men!
Remember the Rose Bowl, we'll win then.
Go, roll to vict'ry! Hit your stride!
You're Dixie's football pride, Crimson Tide

When the band plays the tune you'll hear some fans shouting out the "ALA" before starting the B-A-M-A along with the band.

The lyrics originate from The Rammer-Jammer, a student newspaper in the 1920s, and the yellowhammer, Alabama's state bird. The cadence of the cheer was adapted from the Ole Miss cheer "Hotty Toddy" after then Ole Miss marching band director Dr. James Ferguson was appointed director of the Million Dollar Band. The cheer was long referred to as "Ole Miss", and today the drum major's signal is still the motioning of one arm in a full circle (an ‘O').

1. The RollBamaRoll Welcome Center (in case you missed it.)

2. My email for any questions you may have that you don't want to leave in comments: RollTideYall74@gmail.com

3. One of the most delicious men on television right now, the RBR Beau: 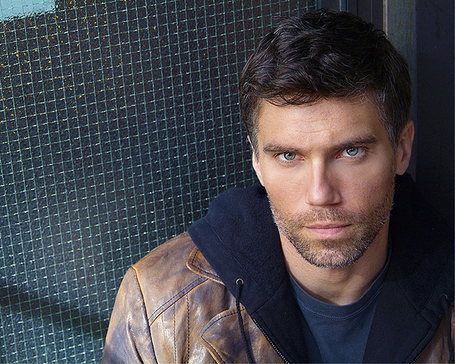 It's a bye week, everyone. That gives y'all plenty of time to learn the cheers.