Playing the numbers game with the 2009 Vols.

Last week we looked at the Lane Kiffin recruiting effort in his sole season at Tennessee. This week we turn our attention to productivity of the Tennessee offense.

WARNING: Lots of numbers ahead.

In terms of raw productivity, Tennessee was average, amassing 4985 yards -good for 52nd in the country. YPG output was also average, with the Vols ranking 60th at 383.5 YPG. Rushing numbers were pedestrian (by SEC standards certainly) at 157.2 ypg (54th in the country). The passing game -while not stellar, was easily the best part of the offense. Tennessee threw (with Jonathan Crompton, no less) for 237.5 yards per game -good for 40th overall. Where there is a bright spot to the numbers game is that the offensive output was decent in terms of putting points on the board. The Vols averaged nearly 30 PPG, which was good for top 1/3rd. (Numbers above from ESPN).

But, there is a silver lining here. The Vols were rarely penalized, committing a nearly identical number of infractions (4.8/G) as Alabama's 4.9/G, and only drew 39.7 yards worth of penalties a contest (which actually was better than Alabama's). The second piece of good news is that while Crompton threw a decent number of interceptions early, the Vols rarely put the ball on the turf -tying for first with Alabama at fewer than one fumble a contest (.5 FPG).

We're not going to delve too deeply into several of the issues that plagued Tennessee's offensive output that year. The roster issues on the line, lack of quality veteran depth at running back, and transition to a new system being the most obvious mitigators. Rather, we'll discuss something a bit less ephemeral (and far more positive), ball distribution, particularly in the passing game.

In the running game, as deficient as it was, Montario Hardesty was clearly a hoss -tallying 1345 yards (4th SEC/19th Nationally); (103.46 YPG) on 282 attempts (3rd in the SEC), while scoring 13 TDs on the ground (behind only Heisman winner Ingram, and former Heisman winner Tebow). Certainly, the rushing woes weren't attributable to Hardesty who was a baller. The issues arose in the guys behind him, and explains why the 2009 recruiting class sold-out for guys like Bryce Brown and David Oku.

Fulmer veteran backs Kevin Cooper and Austin Johnson had two carries...combined. Tauren Poole (who would improve as his career continued) had 10 carries -mainly in relief. Fr. RB David Oku played immediately, but fared not much better than Poole, earning only 23 snaps -also largely in mop-up. The only guy that earned significant playing time was the Nation's No. 1 overall recruit, Bryce Brown. Even then, Brown had less 25% of the total team carries, and averaged just 38.33 YPG.

Contrast those guys to the other conference depth at the position: Alabama had Ingram and Richardson; Florida rolled with Demps, Harvin, Tebow and Rainey; Auburn punched with McCalebb and Tate; Georgia's threesome of Ealey, King and Samuel was more than serviceable; ad nauseum. Aside from Dixon at Mississippi State, no team was more dependent on one guy to carry the load in the running game. There was, on paper, little commitment to establishing a run-first identity: The Volunteers had more than 35 carries just six times. But, when you're running the legs off of one guy, and the players behind him aren't contributing, chuck and duck is the name of the game. (That said, I would be remiss if I didn't also indicate that maybe Lane should have just ran the damned ball a little more in close, single-digit losses to Auburn (29 carries) and Alabama (35 carries)). 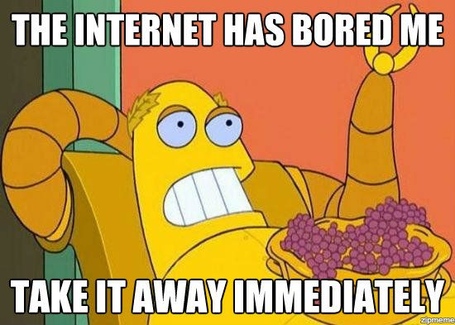 Now to another bright spot. One of the first things that immediately jumps out at you is how the passing offense under Kiffin and Chaney didn't rely on just one or two players to make hay. The Vols completed 233 passes. In all, eight guys had double-digit receptions, and twelve players caught TD passes. The outside WR veterans, Gerald Jones and Denarious Moore, caught 46 and 40 passes respectively, with both over 13 YPC and combining for 11 TDs. Previously-underused reserves Quintin Hancock and Brandon Warren added another 27 and 7 receptions, for four TDs. A trio of Freshman WRs had 20+ catches and 3 TDs.

But, of particular importance given the Alabama roster is how the backs and tights were used in the passing game. Of the 233 completed passes, 78 balls went to backs and tight ends -exactly 1/3rd of all successful pass plays. The number three receiver was TE Luke Stocker, who was responsible for 30 catches. While Montario Hardesty caught 25 passes out of the backfield, and was the Vols' overall number-four receiver. And, more encouragingly, reserve running backs, freshmen backs and tight ends, added almost 30 more receptions, and 5 more Tds. Clearly, then, this is an offense that spreads the ball out in the passing game. And, given Alabama's wealth of talent at TE/H-Back and in the backfield, we should see far more passes to these players. In the Kiffin offense, the backs were not an ancillary part of the passing game: they were an integral part (somewhere, OJ Howard and TJ Yeldon smile).

In conclusion, there were some good things to take away from a Vol offense that was mediocre-to-bad the first half of the season: Tennessee rarely fumbled, spread the ball around, was decent in putting points on the board, and was rarely penalized. Many of the issues contributing to the Vols' offensive woes would eventually be corrected or improved as the season went on (Crompton's development, for instance). Other problems were simply beyond the scope of a first year coach -namely depth. And, yet other issues were systemic (Tennessee had not been a very good team for the previous five years). In this extremely limited snapshot, in a one-year installation of the offense, it's difficult to take too much away.

Looking ahead, next week we'll breakdown the Kiffin offensive philosophy, look at bit closer at the FEI/F+, and try to read the tea leaves with respect to some of the schemes we can likely expect to see this fall.