As spring practice is now gearing up, we are continuing our series of position previews for the 2014 season. This week, we will be evaluating the lynch-pin position of the offense (and arguably the entire team) - quarterback.

The quarterback position is in a bit of a unique situation this year, as the presumed starter won't even be on campus until this summer. Yes, there will be competition this spring and into the summer, and yes, the starter likely will not be named until deep in fall camp. It's even possible that a starter won't be named until right before the Tide kicks off the 2014 season. But all of that competition is probably window dressing. The fact of the matter is, for better or worse, future Florida State transfer Jacob Coker will be our starting quarterback.

In two years of mop-up duty at FSU, Coker threw 21-41 (51% completion rate) for 295 yards (14.05 yards per completion) with one touchdown and one interception. For all of the talk that I've heard about Coker's mobility, I was surprised to find that he has 15 career rushing yards, on 10 carries, which adds up to a pretty pedestrian 1.5 yards per carry rate. That's not necessarily a knock on Coker, as Bama isn't turning into Texas A&M anytime soon, but the lack of production was a bit surprising to me given the compliments I've heard time and again.

The Race for Second Place

This is where things get interesting, and since Coker won't arrive until the fall, this is where all of the drama will be this spring. 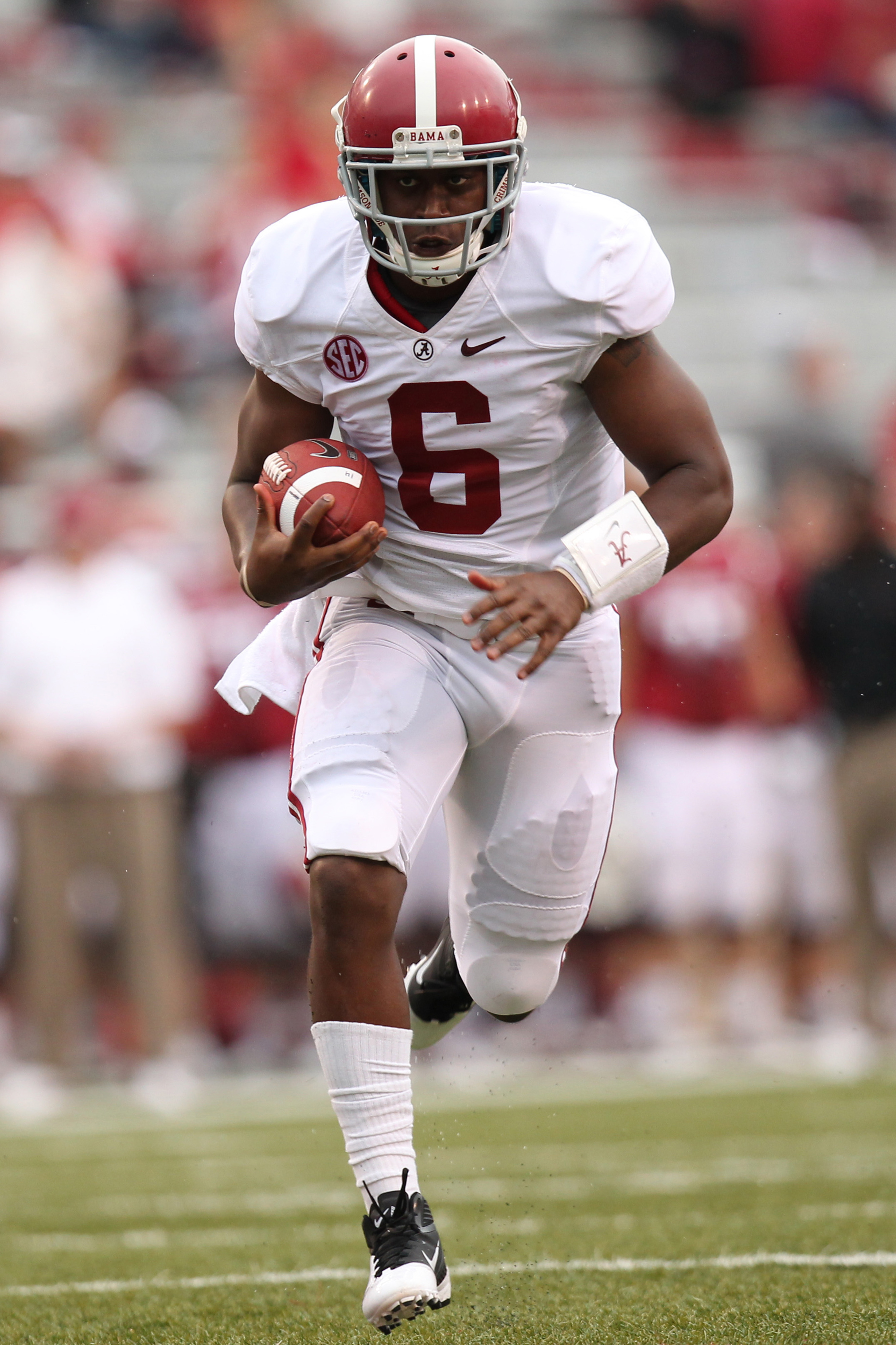 As a fifth year senior, Sims has as much game experience as the rest of the field combined. As a recruit, Sims came in under the dreaded "athlete" position classification, a designation which has not turned out terribly well for several Bama recruits. He was originally put at running back, but after quickly being buried at the position, he was moved to QB to shore up depth concerns.

In two years of mop-up duty, Sims threw 23-39 (59% completion rate) for 244 yards (10.61 yards per completion) with two touchdowns and no interceptions. He also added 248 rushing yards on 45 attempts (5.51 yards per carry) with two additional touchdowns on the ground.

Sims' biggest problem (where fans are concerned) is with the eyeball test. In last year's A-day game, Sims threw interceptions that were about as bad as you could possibly throw. His mechanics are rough as a passer. The other thing going against him is the fact that he's really good at running the option. The few times that we ran the package in the last two years, Sims seemed to excel, which further pigeon-holed him in fans' minds and prejudiced them against the idea that he could competently pilot the "normal" Alabama offense. I understand where some of this is coming from, but I think Sims may have been dismissed to easily in some of our minds. I wouldn't be surprised if he is legitimately our second best option this fall.

Before we move on to the other contenders, I want to take a minute to compare the stats of Sims and Coker. I think most casual observers will be surprised to find that Sims' stats compare favorably to Coker's, and are actually significantly better in some regards. The biggest disparities seem to be in completion percentage and the yards per completion numbers, and I think both of those stats paint a pretty clear picture. It looks like Sims' completion percentage was padded a bit by completing shorter throws, while Coker might be a bit more of a gunslinger.

My point is that, generally speaking, both of these guys seem to be significantly less accurate than what we've grown accustomed to seeing every Saturday for the last 3-5 years, and that is likely going to have to change for any real hope of hoisting the "not crystal" football this year. 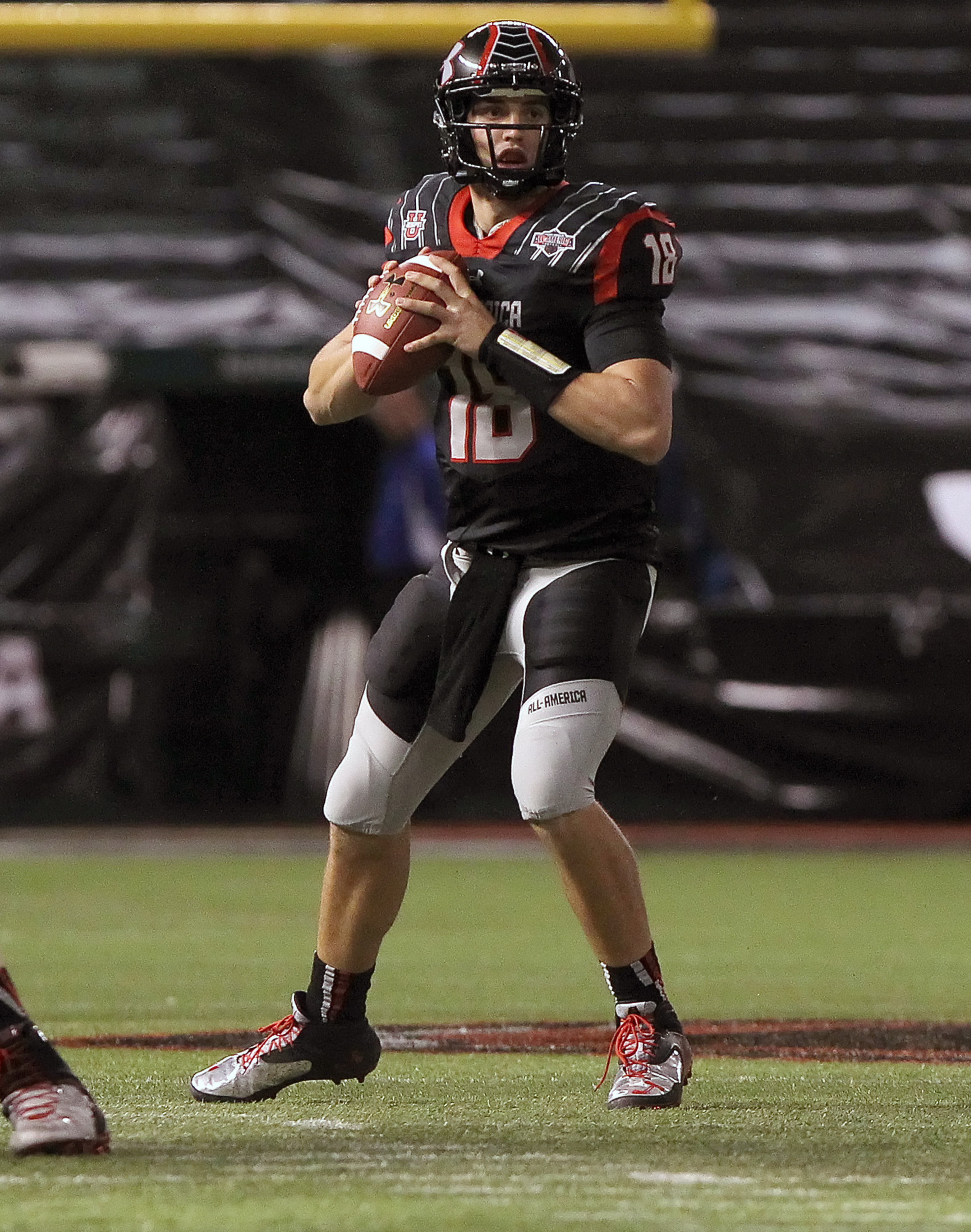 A four star player that spent his redshirt freshman year last year seasoning and learning, Bateman has a lot of promise. If anyone can wrest the backup quarterback position from Sims, Bateman is probably the odds-on favorite to do it. 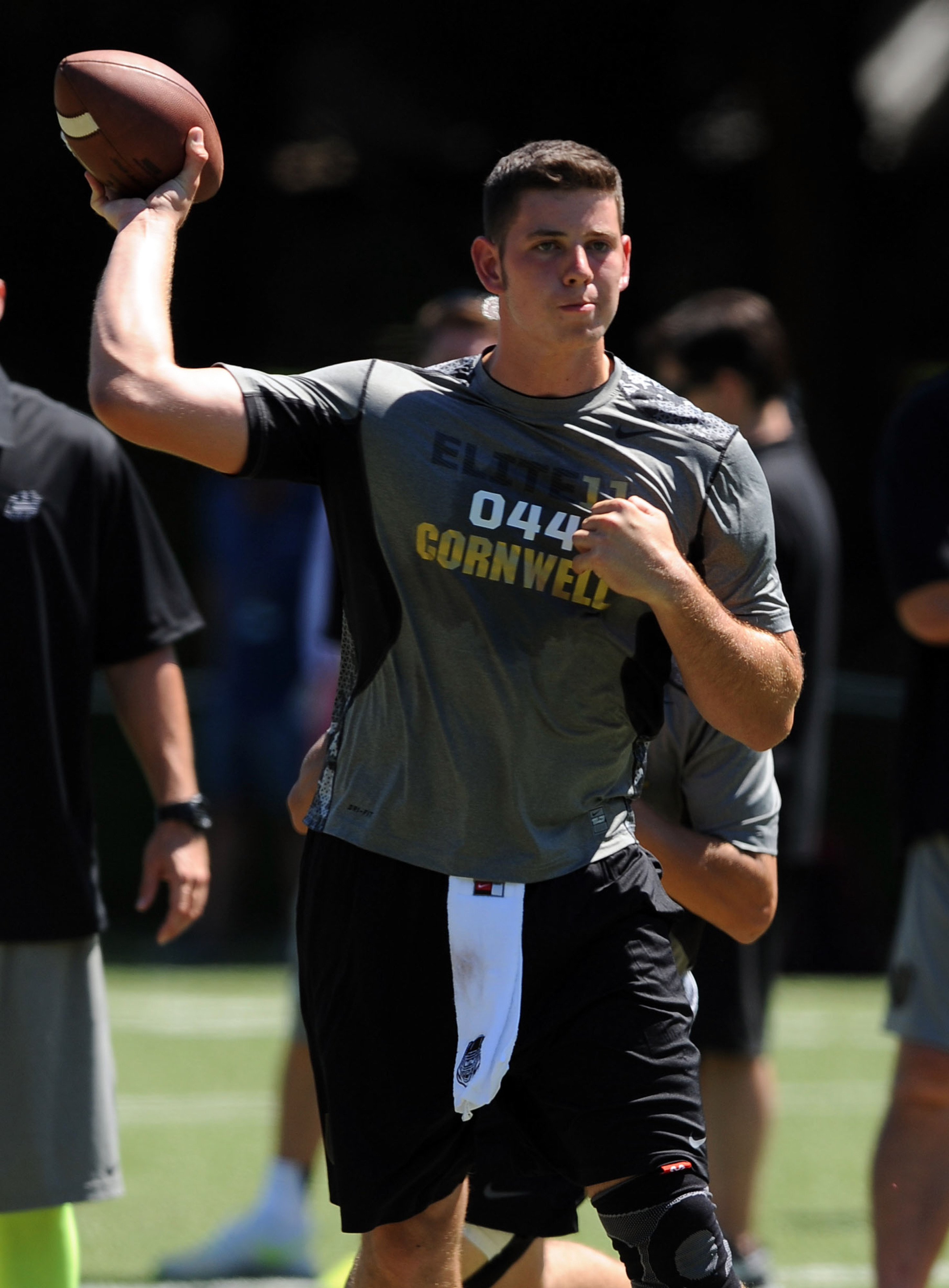 Recent signee and early enrollee Cornwell is the highest ranked quarterback prospect Bama has landed since Philip Sims (Shh... we don't talk about that). Cornwell tore his ACL last October but he is participating in practices right now. As good as Cornwell is, though, his participation this spring will mostly be about getting glimpses of what to expect a couple years down the road, as a redshirt year is almost certainly in his future. 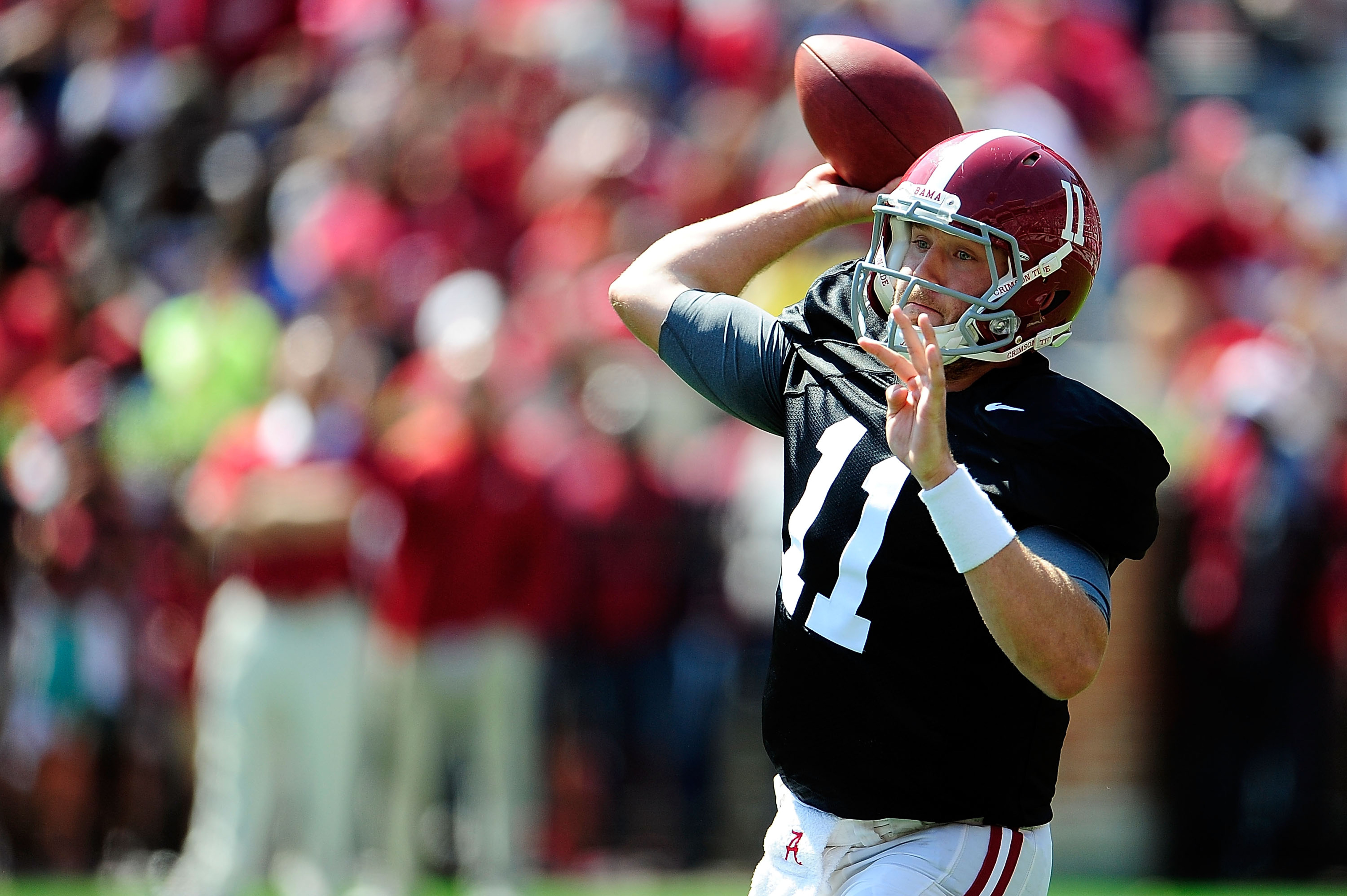 Morris is a redshirt sophomore that has yet to attempt a collegiate pass. Last year Blake Sims was the only other quarterback that could take the field, and still Morris never threw a pass. Morris did manage to step on the field in garbage time in '13, but the coaches never had him throw a pass. Am I making myself clear here?  As you may have heard, we have a bit of a number crunch going on. I think at this point I'd be more surprised if Morris is on the team than off come fall.

Extremely lightly regarded out of high school and physically unassuming after a year in Cochran's strength and conditioning program, McLeod has to be considered to be on shaky ground.  He's only a redshirt freshman, but given the comfortable amount of depth and the aforementioned number crunch, I wouldn't be surprised if McLeod was also shepherded toward greener pastures this year.