Share All sharing options for: The Jumbo Package │03.31.14

Tennessee's Butch Jones to D-line: 'What happens when Alabama comes in here and runs the ball?' | AL.com

Per the report, Jones screamed to the defensive line during the scrimmage, "What happens when Alabama comes in here and runs the ball?"

It was also Alabama’s first sweep of Ole Miss since 2006, and its second overall this season. "We talked before the weekend that it’s time for this team to make a statement, and I thought we did that this weekend," Alabama coach Mitch Gaspard said. "Now, it’s time to carry beyond and keep going. These types of wins, these series, really is what gains that confidence to get to the team they want to be."

Alabama secured its third conference sweep of the season Sunday at Rhoads Stadium, holding off a late rally to defeat LSU, 5-1. Alabama (31-5, 11-1 SEC) scored all five of its runs in the bottom of the third, as Jaclyn Traina (13-2) and the defense did their part as well, limiting LSU (19-14, 2-7 SEC) to just one run off four hits. Andrea Hawkins and Peyton Grantham each earned a pair of hits, with Hawkins driving in a team-leading three RBI off a third-inning double. Saturday starter Ashley Czechner (6-8) got the nod for the Tigers again Sunday, though she was chased after just 2.0 innings pitched, allowing four earned runs in the loss.

Alabama defensive end A'Shawn Robinson looks older than he is and plays like it, too | AL.com 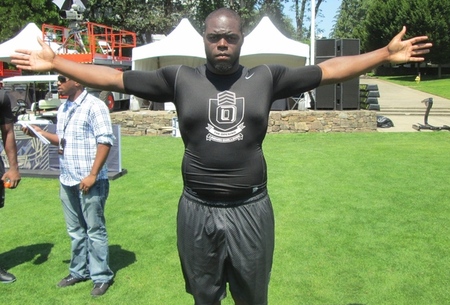 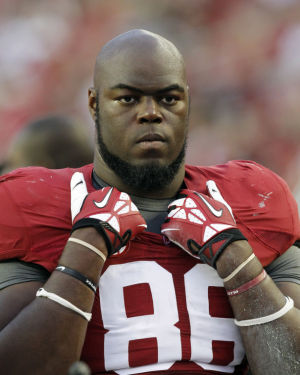 Auburn University's athletics department reported a deficit of $865,994 for its 2013 fiscal year, according to the university's most recent NCAA financial report. This marked the first time Auburn listed a deficit since AL.com began tracking college athletics financial data eight years ago.

Auburn reported a surplus of $8.8 million in 2011-12, the year before Gene Chizik's disastrous final season as football coach. Severance payments totaled $2.7 million in 2013, largely for Chizik and his staff after the Tigers went 3-9. Auburn Senior Associate Athletics Director Jack Smith said the athletics department drew upon a cash reserve of more than $15 million to cover last year's operating deficit. Alabama reported a $21.2 million surplus in 2013.

Auburn's latest NCAA report showed a $3.8 million deficit in 2013 after removing $4.3 million in subsidies from student fees and a $1.4 million transfer from the athletics department to the university. Student fee subsidies also prevented Auburn from reporting deficits on its NCAA reports in 2011, 2010 and 2009. Auburn would have had a $5.4 million surplus in 2012 without student fees.

I'm not posting this to troll Auburn but to show that not every athletic department, even those in the mighty SEC, are lands flowing with milk and honey. I don't want to start another "pay for play" argument but I still don't see where the money will come from for most schools.

Looking at 2012 data, only 52 schools operated with a surplus of a million+ and 98 either broke even or were in the red. (the entire list below includes 228 schools.) And if the thought is you pay each player 100k each year (without covering their tuition) an AD department would have to make at least 8.5 million a year (100k X 85 players) just to cover that figure. This would leave only 13 schools with that ability...

The rest of the list can be found here

Then there is this article that attempts to show the bounty of riches that many schools and conferences rake in each year. Problem is, from what I see, it doesn't take in account the expenses of each team but just their revenue. In my opinion (that tends to be wrong quite often), to really examine the state of an athletic department's budget and if it can afford what so many believe to be the right thing to do, you have to look at the expenses and not just the revenue.

So from what I see you'd have to de-fund every sport, outside of football, just so every school could afford to pay their players something. And I just don't see that ever happening..So outside of moral grandstanding, I don't see a solution to this problem..

Tom Izzo on NBA rumors: 'I've seen my good buddy Nick Saban say never and then he gets killed' | AL.com

"No comment always means you're hiding something," Izzo told CBS Sports. "A comment, like my buddy, Nick Saban, 'I will not be the Alabama coach.' They play that on radio stations until the end -- OK, tell me what you want me to say if I was really interested in the Detroit job right now. What is fair to my team, my school? So if I was really interested, I probably wouldn't say I'm not interested. I've even gone to the point now where I say, 'I can never say never,' because I don't want to be in Nick's thing. I love Nick, he's a good friend, and I understand that happens because the timing of everything."

This is an honest statement by Izzo but do we honestly think it'll be good enough to silence the blood sucking reporters? Probably not. They will poke and prod and "do their job" until they either catch him in a slip up, he signs an extension with MSU or even worse, takes a job in the NBA where they will rake him over the coals for lying..

It's a no win situation of the coaches...

McCarron won three national titles in his four years with the Crimson Tide, two of which (2011, '12) came with him as starting quarterback.

I'm happy for AJ but I still blame Katherine for the 2013 season...#foreverbutthurt