Share All sharing options for: The Jumbo Package │05.19.14

The top-ranked Alabama men's golf team finished off a 22-shot win at the NCAA Auburn Regional Championship Saturday at the par-72, 7,254-yard Auburn University Club to advance to the program's 17th NCAA Championships.

I'm not a huge golf fan, well to be completely honest I've never played a round of golf in my life, but when Alabama beats Auburn in anything, even golf, by 22, I'm happy.

If your answer is that it means Auburn is claiming five national titles -- then you would be wrong. Because, you see, Auburn isn't claiming these national titles at all (except for the ones in 1957 and 2010, because -- look at that shiny object). It's just putting them on its website, for the world to see, so we can all think about whether Auburn actually won the national titles listed. Or something.

Come on Auburn, YBTT (Well, at least you say you are). I guess the silver lining here is that Auburn fans can no longer make fun of Bama for claiming titles anymore, so that's a good thing.

However, I do want to take Brandon up on one thing he said in his article..

Here's the thing: Retroactive titles are ridiculous, and no one should recognize, list or claim them. If the human being ranking teams or the human being programming a computer to rank teams didn't even see the team in question play, the ranking should be laughed at and dismissed, nothing more.

I agree with him to an extent. If he's talking about the titles that are shaky to begin with, like Bama's 1941 title (I believe that's the year) then I agree (which I believe is his point). But you can't just disregard all championships won previous to the AP poll.  The fact teams like Notre Dame, Alabama and now Auburn looked back in history and decided to just "claim" titles is dumb, but not all titles won in the early 1900's-1960's were done that way.

Nick Saban in favor of early-signing period, just not the one the ACC proposed | AL.com

"Because football is a developmental game, that a lot of high school coaches would be real pleased if we had a signing date before the senior season," Saban said Thursday before the Nashville stop of the Crimson Caravan.

"So what we've always supported in the SEC is having an early signing date right at the end of the season, maybe Dec. 1 or something like that and to put some kind of stipulation in there that we wouldn't want to encourage or enhance guys to want to everybody visit during the season because that's tough on your own team that you're trying to manage when you have 12-14 guys making official visits for games."

How about D: ALL OF THE ABOVE?

One thing I don't understand about the recruiting process is why a player can't commit and sign his LOI whenever he wants to or at least when the school will allow him to. I understand the need for a National Signing Day cause some kids need time to decide, but if a guy wants to sign in June before his senior year and then submit his LOI, and the school is on board, why can't he? I understand Saban's point about wanting to see a player develop through his senior year and then sign but if the school and player are on the same page, let the kid sign..

ACC In Favor Of Early Signing Period For Football Recruits; SEC Is Not - BC Interruption

No surprise there, Saban can say that it has to do with the development of the athlete, but it's pretty clear that he doesn't want to lose a kid early and wants to keep the ability to flip as many kids late in the process as possible. 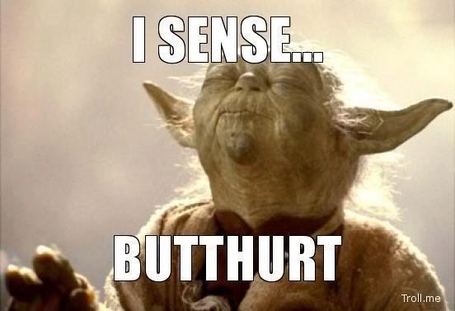 Of SI.com's 35 most disliked people in sports, two are on the Alabama coaching staff | AL.com

New Crimson Tide offensive coordinator Lane Kiffin is listed at No. 8. Per the report: "Kiffin's penchant for running his mouth has always gotten him in trouble. Amid controversy surrounding NCAA violations made in public remarks while head coach at Tennessee in 2009, Kiffin bolted after one season for the USC job and alienated the Vols fan base. After two straight mediocre seasons in Southern California, Kiffin was fired in 2013 and took a job with Alabama shortly afterward."

No surprise to see Kiffin this high on the list or Donald Sterling to be #1 but Vick is still a hated figure in sports? That's like 10 year old hate.. And people hate Tiger Woods? What's that about?

Saban wins football games -- and doesn't seem to care what anyone else thinks. His failures in the NFL with the Miami Dolphins and criticism for oversigning players have drawn plenty of dislike around opposing SEC fan bases.

How much you wanna bet this was written by a Dolphins and Michigan fan?

Helmet innovation is reaching its zenith in 2014, which is to say teams are throwing carbon fiber on everything and putting ridiculous images on them.

Check out what ESPN's Todd Blackledge said about Alabama heading into next season | AL.com

I've seen pre-season polls put Bama in the top 5 and some at #2 and I just don't see where they are getting that from. Have any of these pundits or even Blackledge actually looked up and down Bama's roster yet? He's right, we are still very talented and our defense should be better but we are still very weak at corner, especially with Jackson out.

And yes we have stars at running back and wide receiver but our concerns at offensive line are very real. So, if the OL doesn't play well, it doesn't really matter who the quarterback is or how skilled we are at RB and WR...