Your daily dose of Crimson TIde news and notes

"To me the early signing is designed for a guy who knows where they want to go to school," Mississippi State coach Dan Mullen said. "It alleviates the pressure for them to be able to sign, and all the other distractions in recruiting that come with it, and allow them to sign with that school and take all the other pressures off themselves." 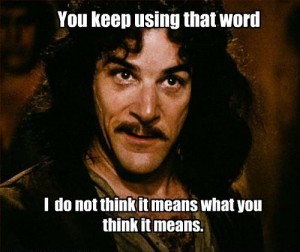 It sounds like this proposal has gained a lot of steam (among the coaches, at least).  I'm still of the opinion that this rule would largely be to the benefit of the schools/coaches, and not the players, as they are purporting.  If a kid really wants to shut down his recruitment because of the stress, he can just stop taking phone calls and tell teams that the game is finished.  Kids do it all the time.

Alabama released the date for the 2014 homecoming football game Tuesday and it's notable for one major reason.

Scheduling it for weekend of Nov. 22 will make it one of the later homecoming games in recent memory. Western Carolina, a FCS team, will be Alabama's opponent. Kickoff time has not been announced.

If you've decided Jacob Coker is Alabama's next QB, you're way ahead of Nick Saban | AL.com

Not seeing Coker in person hasn’t stopped a large percentage of sports media members and fans from declaring him the starter for Alabama’s opener Aug. 30 in Atlanta against West Virginia. How many of those people are ahead of Saban in the decision-making process of choosing a starting quarterback?

"Everybody," he said. "Everybody’s way ahead of me on that one."

In explaining the quarterback battle to come, Saban talked about the "fairness" of having an actual competition throughout the summer and into fall camp. He mentioned two other quarterbacks by name in senior Blake Sims, who was AJ McCarron’s backup, and redshirt freshman Cooper Bateman.

Ah, yes.  I am very much looking forward to this [emphatic finger quotations] competition.

An unofficial (and comprehensive) guide to the remainder of the 2014 college football offseason | Campus Union - SI.com

Whether you use a giant desk calendar or set a Google reminder every once in a while, there are some dates to keep in mind as we start the climb up to the pigskin mountaintop.

• June 9: Ed O’Bannon v. the NCAA trial start date. Now is your chance to put all that Law & Order knowledge you’ve been accumulating for the better part of three decades to good use.

• July 14-17: SEC Media Days. The conference expanded this event to four days for some reason, which means more questions about the following topics: teams with chips on their shoulders, teams primed for bounce-back seasons, teams with targets on their backs, players with something to prove and generally getting after it. If Steve Spurrier doesn’t rush out the door by the middle of day two, I’ll be stunned.

O'Bannon is less than two weeks away! Who's ready for an extensive debate?!?

In other words, selection committee members, don't focus on Alabama playing Western Carolina when the Crimson Tide faces LSU and Auburn. Don't be distracted by Auburn meeting Samford when the Tigers line up against South Carolina and Alabama.

In thinking about these comments, I started to wonder if the committee should do something to help formalize this whole strength of schedule debate.  I think the current system of ranking teams is inadequate, because you can have a hundred spots between a North Texas and an FCS team, making the FCS team much more detrimental to your schedule, even though both teams have approximately zero chance of winning the game.  I wonder if it would make sense to try to explore some sort of classifications for SOS purposes.

As it stands, you basically have Power-5 (as they've come to be called), non-Power-5, and FCS.  The committee could choose to treat the FCS as a whole as slightly weaker than a non-Power-5 game, or they could be treated pretty much equally.  The important thing is trying to make some sort of solid guideline that would help eliminate those unnecessary penalties, while also encouraging teams to have a schedule that is adequately difficult in its entirety.

Slive said the SEC is not near having a proposal to change the rules regarding agents, but it would need to have two elements. "One is it has to be quality advice and it has to be timely advice," he said.

"We see an increased number of kids leaving early. We've got to find a way to make sure our student-athletes get the best advice they can get that's not advice based on somebody's self-interest, and in a timely way. Early on so they're not pressured to make a decision at the last minute."

Slive said he would like coaches in the league to have a special meeting on the topic with an eye toward eventually drafting a proposal.

Norwood participated in Seattle's rookie minicamp over the weekend. The Seahawks held the first day of the first of three three-day Organized Team Activities on Tuesday. At least one of his new teammates already has taken note of Norwood.

Visual representation of the level of my surprise:

No offense to the kid, but this was a baffling signing a year ago, and this result was always only a matter of time.  Best of luck to him, wherever he lands.  And for those interested in #ROSTERWATCH2014, this transfer brings our number of scholarshipped players down to 87, meaning we will need two spots to come open by the fall.

See the lighter side of Nick Saban with reporters before answering wide range of questions | AL.com

The Alabama softball team, having earned a slot in the Women's College World Series with a super regional win over Nebraska, gathered up at the Tuscaloosa Regional Airport on Tuesday to board a chartered 737 for Oklahoma City. They start their bid for a national championship Thursday night against last year's national champion Oklahoma.