The Plaintiffs took their best shot, and -despite what equity may seem to require, it may not be enough.

Share All sharing options for: The Stalking Horse Cometh: O'Bannon Trial Day One

RBR will be updating you regarding the O'Bannon case. I'll recap testimony and evidence offered, as well as what the likely legal effect of the same may be (and plenty of #hot #takes.) A couple of caveats though. 1. While I agree that the O'Bannon plaintiffs ("class") have a sympathetic case, my fear all along has been that this case/testimony will go far afield into pay-for-play arguments that will, frankly, destroy college athletics. 2. The judge in this case (and this is a bench -not jury- trial), is notoriously sympathetic to the claims of labor etc. 3. Irrespective of the outcome, any verdict in this trial is not by any means likely to endure without at least some modification, settlement or reversal.

The way the federal courts work is as follows (and, we're on the first step, BTW). 1. trial in the District court (here, Northern District of California); 2. reconsideration sought by the losing party to the trial judge; 3. appeal to the Circuit Court of Appeals (here, the 9th Circuit); 4. en banc appeal (meaning all the appeals judges instead of a smaller panel of three judges deciding the initial appeal); 5. then, if necessary, to the Supreme Court. And, don't forget, at any point along the way, the NCAA/CLC defendants can settle (with an out-of-court confidentiality agreement) and this all goes away.

That said, given that the NCAA/EA/CLC defendants delayed this one for years, it's not out of the realm of possibility that we're looking at at least another three-five years before there's even a final verdict. And, hell, it could be a full decade before we know what, if any, changes there will be to the landscape of college athletics.

O'Bannon Testimony: This is a class action antitrust lawsuit. By way of brief explanation, the latter means that the NCAA/EA/CLC are a cartel, monopoly or otherwise engaged in the restraint of trade or commerce (trust me, the law is very complicated here.) As to the former, a class simply means that there are a great number of plaintiffs, all or most with similar characteristics such that the number of plaintiffs, and the similarity of the alleged injuries, makes it legally and practically sensible to try all the cases under one huge umbrella -a class action. The class action must have an exemplar, a perfect plaintiff. Here, that plaintiff -the person who represents everyone's larger interests, is former UCLA hoops star Ed O'Bannon. And, well, if this is the best the class could do, I'm not sold on the results.

This case was initially, and should have remained, a limited one -focusing on athletes' names, images, likenesses and personalty rights; and, to another degree, about licensing of the same (hereafter "NIL," for brevity.) However, testimony provided by O'Bannon focused on his (evolving) opinions regarding amateurism, and showed that if an elite athlete doesn't give a damn, unsurprisingly, that athlete won't graduate or take academics seriously. More disturbingly (to some, including this author), O'Bannon's testimony -far different from his previous deposition testimony, was an absolute stalking horse for pay-for-play.

Those are the facts as recited by the lead plaintiff. Literally everything else was an opinion or subjective judgment of what O'Bannon thought amateurism meant, or was otherwise a statement that O'Bannon frankly gave not one whit about his education.

The testimony actually says more about legal profiteering, Jim Harrick, Ed O, and UCLA than it does about the NIL at issue here. Worse, at the end of the day, O'Bannon admitted that he thinks athletes should be paid. That's it. That's the sum and substance of this lawsuit – a Trojanesque cover for P4P...from dudes who thought they should have been paid 20 years ago. 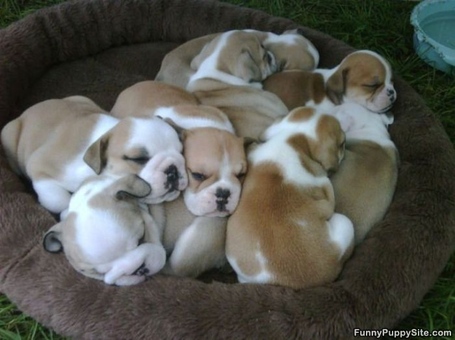 This is too depressing, Erik. I need puppies.

The second witness of the day, and the true lynch pin of the case, Stanford Economic Prof. Roger Noll had a little more traction with Judge Wilken, and testified substantially about the anti-trust theories of the case: namely, that elite athletes are relegated to FCS/FBS schools and accordingly NCAA actions are antitrust ones.

Per Prof. Noll, the NCAA is a monopoly/cartel for a few reasons. The first reason offered, and easily the weakest, is that economics favor an elite athlete going to D1 or FCS, and that the current college student-athlete model affords NO alternates (I note, he lumps football and basketball together.) This argument, of course, ignores the main culprit in professional football -the NFL. It is not the NCAA's fault the NFL has a rule that requires players be either a. 3+ years out of high school, or b. 21+ years or older. Interesting that the NFL case law was not cited for this proposition...actually, no. It's been tested before by Eric Swann and Peter Warrick (among others) to no avail. Further, Noll ignores that -in football alone, the CFL, AFL and other leagues do not possess the NFL's rule. Likewise, the NHL, MLB, MLS, the Pro Bowling Association, the PGA, and the NBA have no such rule in place. There are other options besides going to school on a school-sponsored dime for elite athletes, one which does not preclude sponsorships, NIL rights or even pimping on main street. I give you the American superstars of: Patrick Kane (NHL), Lebron James (NBA), Mike Trout (MLB), Giancarlo Stanton (MLB), Kobe Bryant (NBA), Dustin Brown (NHL), Landon Donovan (MLS), Jozy Altidore (MLS) and on and on and on...The argument was relegated, by implication, to elite college football players wishing to play in the elite NFL, and using colleges as D-leagues.

To support this half-baked opinion (which would literally only apply to the NFL,) Prof. Noll opined that a "majority of economists believed" the NCAA acted a cartel or monopoly. Like O'Bannon, this was a subjective standard of "belief" rather than concrete instances of restraint of trade. When pressed by a sympathetic judge, Noll's theory was that: the NCAA, together in collusion with EA and CLC (Collegiate Licensing Consortium), acted to 1. fix prices, 2. deprive student-athletes compensation based upon those prearranged price-fixes, 3. restrain trade by, not just curtailing but, eliminating monetary rights to students' NIL in the name of amateurism. But, by far, the weirdest argument made by Noll was that because member-institution schools can/do sanction one another for violations of P4P, the whole system is a cartel practice because P4P indicates there is a market. This ignores, of course, other reasons that NCAA member institutions may run afoul of their own rules, and be sanctioned -failure to monitor academic progress, failure to meet APR, morally-impermissible practices, failure to promote an atmosphere of compliance and amateurism, failure to heed Title IX...a whole laundry list that does not concern economics.

While Noll's theory itself sounds damning, and I think that students whose likenesses are profited-upon are entitled to some compensation (if it can be proven), even the lead Plaintiff himself could not identify his number, image, or likeness in an EA game (as licensed by the CLC and NCAA.) The judge can take all the cracks she wants to at the amount of cash college coaches make (as she did.) That said, without a nexus between the licensed products, and a demonstrable collusion between two licensees (the CLC/NCAA) and the licensor (EA), I'm still dumbfounded at how this affects O'Bannon and those similarly situated. There is, frankly, no restraint of trade.

The plaintiffs can be #assruffled; they can feel shafted for what they thought their fair market value was 20 years ago, but those go to pay-for-play-arguments. And, no matter how much O'Bannon, Prothro and others may want it, that ship has sailed and is not (nor should be) relevant to this case any way. To hold otherwise, as O'Bannon and Noll wish to do, is to open the door to P4P...which, as we now know, was the point of this case the entire time. It's a stalking horse. In short, the worst entitlement issues of student athletes are on display in a trial that seeks more entitlements by some guys that simply don't care about anything but money --but weren't good (or healthy) enough to earn all they believe they should have in their prime. It's a dead-end lawsuit by has-beens and coulda-shoulda-beens.

Today, at least, no evidence was offered by the lead plaintiff or lead expert that tied licensed products to students' likenesses. And, with EA' settling, it's unlikely we'll see it either. This was the class' best shot –their best plaintiff, their best expert, and it may not be enough: legally, it certainly isn't, even if "the right thing" may dictate otherwise. 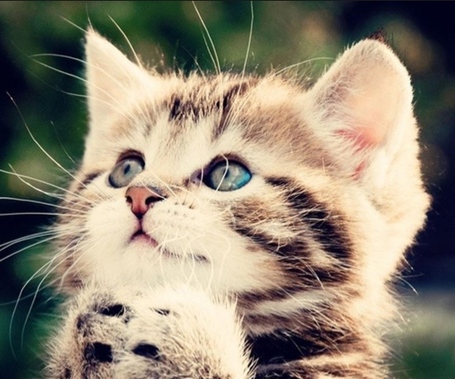 I would like to thank Managing Editor Jon F. Morse at the KSU Wildcats site, Bring On The Cats, for helping me refine this article, providing editorial assistance, and positing the below thinking exercises. They are worth your time, as is following him on twitter at @jonfmorse and reading his daily The Slate pieces. Jon is VHT/BEHS/ESQ and worth your time. Relatedly, Kansas State hosts Auburn to open the season, and, well, FAU. Finally, h/t to Husker/Swedish Asshole @nikolaidenmark for the #assruffled hashtag.

2. RE: O'Bannon as the class representative: "He WAS the perfect plaintiff at the onset of the case, as his likeness was only used AFTER he was no longer under the auspices of the NCAA but was not compensated for the use of his likeness. But (a) that portion of the case was largely made irrelevant by EA and CLC settling, and (b) once
they folded television into this mess, he became much less perfect?"