Days Two and Three were largely consumed by the cross-examination of Prof. Roger Noll. While O'Bannon's testimony wasn't particularly damaging, Noll's performance may prove to be the very thing the Plaintiffs were seeking regarding the money at issue here. As predicted, testimony naturally veered into free-market tap-dancing by Noll, and he even admitted that issue could be seen as ultimately one that pushed a pay-for-play scheme (which, anyone with half a brain, could have figured out was the point of the suit).

Noll was particularly combative, citing schools' construction projects, coaching and admin salaries (among others) as evidence that there is money to go around, but that the NCAA's anticompetitive practices prevent athletes from getting a larger chunk of the revenue. Those revenue streams aren't in the context of video games, jersey sales and the like; rather, the class wants to go after the deep pockets –all that sweet broadcast cast the NCAA receives from its network deals.

The NCAA's arguments have largely stressed that the organization's concerns obviously go to more than money. Its attorneys cited, and asked Noll, about the need for a competitive balance, amateurism as a valid model (as also used by the AAU, for instance), the opportunity for the athletes to get an education, invaluable experiences gained by competing, being part of the university community etc. This line of cross was used against O'Bannon and again with Wednesday's main fact witness, Alabama's own Tyrone Prothro.

Noll largely tried to avoid the issue of competitive balance, in football particularly, by stating that only a handful of teams could be or were viable Top-25 programs. And, further, that even fewer schools were championship contenders. This, per Noll, is an indication that the cartel effects are felt because a few programs can and do dominate the landscape. The sports savvy will recognize immediately that there are problems with this argument, namely that the sport has always had powerhouses, even before the days of mega-billion dollar television contracts. It also ignores proximity to talent, name cache, quality of coaching, student and fan support, alumni contributions and boosters, and a whole litany of reasons why elite programs are elite. Of course, it would be silly for us to ignore that, yes, the Texases and Ohio States and Alabamas of the world toss all the cash at their athletic programs. Still, I'm not sure if this was the most effective argument for Noll's case that the NCAA is a cartel. Rather, it seems more likely that the existence of a hierarchy goes to the fact that there is already a free market in place, and -like all markets, there are winners and losers. 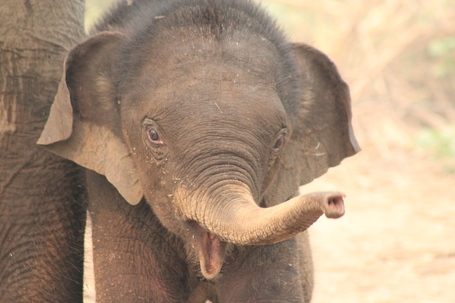 The remainder of the cross-exam testimony largely focused on television NIL rights. As SI's Stewart Mandel reported (and I quote at length, because the arguments may seem weird to a layperson here:)

In regard to live television broadcasts, Singla [NCAA Attorney] employed an argument the NCAA first introduced in last summer’s class certification hearing: Broadcasters pay for exclusive access to the stadium, not for the rights to televise athletes’ games. "If Stanford and Cal went and played at Golden Gate Park and any TV station could come, Stanford and Cal wouldn’t get paid for it," he said.

"The reason schools are paid by broadcasters is because they control access to the stadium, correct?" Singla asked. "Not necessarily," Noll said.

Singla hammered home that even professional sports leagues’ TV contracts do not include licenses for players’ images. However, Noll countered that those rights are collectively bargained. This point could ultimately be one of the most important issues of the entire case — whether the name, image and likeness rights for which the plaintiffs want player compensation actually exist in TV broadcasts.

This, then, is where the largest (and unknown) piece of the puzzle comes in: What rights, if any, exist for college players in broadcast games? It's uncertain. We know that leagues such as the NFL own the rights to the broadcasts, the depictions of events, etc. It is far less certain with the NCAA and its broadcast partners. This, is likely why the NCAA is making the case that their contract is for the televising of venues at the member-institution stadiums and not rights to the games themselves. To buttress its claim, NCAA attorneys repeatedly emphasized that coaches and schools control which players play, which ones dress, which ones are even on the roster. To that end, the argument goes, how can student athletes, who are subject to non-performance factors (discipline, academics, what league they may play in, etc), be entitled to revenue, because those rights simply do not exist? And, in any event, any damages or harms allegedly incurred are purely speculative, even if the rights exist.

As to the first part of the argument, it seems asinine to think SEC or CBS pay billions to broadcast deranged drunken students milling about Death Valley at night, absent a football game. But, even if true, the latter part of the argument has the better legal footing: The injuries here are speculative. We're not dealing with professionals under contract, who have retention and performance guarantees and incentives in place. Brushes with the law, failed drug tests, poor attitudes, poor play, catastrophic injuries, missed study halls, failure to perform academically, whimsical coaching decisions, whimsical transfer decisions all play a part in who plays, sits, makes the cut, or is even on the team from week-to-week. In this sense, I think the NCAA may have its strongest argument here. Indeed, Judge Wilken seemed had a hard time following Noll's testimony.

As the case has evolved, the Plaintiffs' attorneys have tried to bolster their television rights argument, and, hell, even sought a limine (pre-trial evidentiary motion) motion to introduce the regional NLRB ruling regarding Northwestern's players' union. While that ruling was denied, Noll tried to bring it in through the backdoor by citing that player associations in professional sports collectively bargain for some cut of television revenue -a tactic the NCAA had to repeatedly stymy -and why it introduced the seemingly weird "we get paid for rights to stadiums, not games" argument. As a practical matter, the NCAA has little choice, as to accept that it profits on games AND that players can collectively bargain, cuts to the heart of amateurism and opens the way for (if not actual pay-for-play, then certainly) a CBA-type arrangement for student athlete broadcast revenue.

What a mess. This is either a lawsuit that has gotten out of the control of the attorneys (and, that is very easy to do in complex litigation), or is a first-class troll job for P4P, where the entire case is built upon bootstrapping one argument to another, and hoping that no one domino falls. I suspect, actually, it's a little of both -and that's not an insult. This is confusing, and we are very much dealing with a house of cards. What we're seeing now is throw everything at the wall and see what sticks, even if the consequences aren't fully felt at the time of the ruling. And, it's not a bad strategy: it works for plaintiffs more often than it fails. 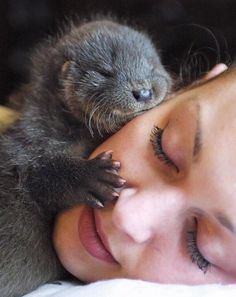 Admit it, you want to be hugged by a baby otter.

Tyrone Prothro then appeared as a fact witness for the plaintiffs. To be honest, it was pretty damning for the NCAA. As a matter of strategy, I'm not sure why you divide O'Bannon's testimony and that of Prothro, with that of an economic expert, though. Still, everything that O'Bannon could not or did not say, Prothro was more than able to testify upon:

The NCAA tried to rebut those claims by noting that the player's face is used on several other EA players. The NCAA further argued that there were other benefits inuring to Prothro: diversity, university community, the pageantry of Alabama football, etc. Additionally, Prothro admitted no NCAA or school regulation prevented him from post-eligibility licensing deals. Indeed, Prothro admitted to profiting off his image after his eligibility expired. Still, at the end of the day, to a reasonable trier of fact, WR 4 was Prothro, and it's going to be very hard to escape that conclusion.

Finally, ICYMI: even as the NIL issues branched into far-flung television revenue, there was yet another settlement for video game likeness rights. This time, the Sam Keller case. That case, in which the NCAA settled for $20m, concerned the use of athletes' likenesses from 2005 – to date. O'Bannon, of course, is more broad-reaching, but the narrow Keller-like portion of the case in O'Bannon has already settled for $40m with the CLC/EA defendants.