Good news, sports fans, Tennessee is going to suck like Bree Olson inside of a vacuum cleaner!

Oh, my goodness. If you thought the bottom rung of the SEC was bad last year, wait until you see what Arkansas, Vandy, Kentucky and Tennessee have in store this season (dookie; the answer is dookie). Unfortunately, we have to discuss a few bowl teams before we get to the putrescence of those squads. 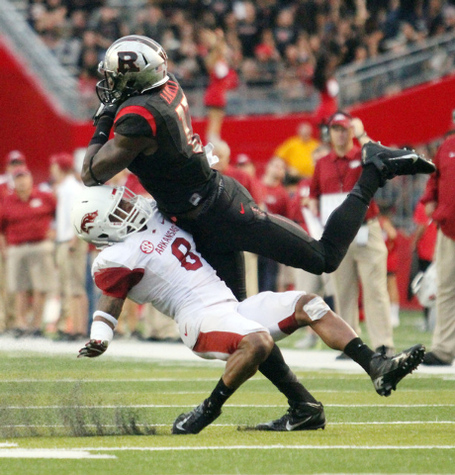 Yup, another one of those years.

As a serious aside. We have no way of evaluating Bielema, Stoops, Mason and Jones for at least another 2-3 seasons. All of those clubs are in the midst of program-defining changes. Tennessee, the team with the least recent success of them all, was oddly left in the best situation. I tend to think that it will take the full four-five years, but Bielema can have success building a power running team in Fayetteville again -- that has always been Arkansas' M.O. Mason at Vandy, though. Woof. I have no idea what he was thinking: become a HC just to become one? The 'Dores are in very bad shape, with very little hope on the horizon. That job has always been a career-killer. Finally, Kentucky is trying to serve two masters: on the one hand, be a dominating defense; and, on the other, play to their uptempo, pass-friendly recent history. I'm not certain those are compatible.

As always, I welcome your unfounded criticism of these #hot #takes